For the next week starting tomorrow Dune is back in IMAX and of course I had to jump at the opportunity to see this film (my favorite movie of the year!) on the big screen again.

I can’t believe how excited I am. Even though I’ve watched the film at least five times on HBO Max there’s something so utterly magnificent about this movie that it just makes me happy. And there’s nothing like seeing this movie in IMAX. If you haven’t experienced this movie in this movie I highly recommend checking it out. It’s worth every second.

I’m counting down the hours.

Last week I watched the first two episodes of Hawleye and I was less than enthused. However, the third episode had my attention from the get-go, and when it concluded I was very sad.

This episode really has it where it counts. From beginning to end, I was invested, I was laughing, I even teared up at one point, and now I’m very, very intrigued to see where this story goes. Plus, the introduction to Echo was very cool. I can’t wait to see more of her and her story which obviously is going to lead into a spinoff that was announced on Disney+ Day. Very, very cool!

All in all, Hawkeye has my full attention now and I’m waiting eagerly for next week’s episode. 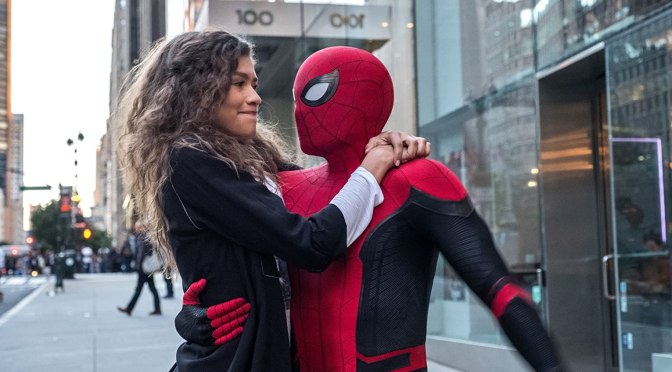 Well, we’re seventeen days away from Spider-Man: No Way Home and that means I’ve got to bring back this post. Enjoy!

The trailer teased a lot of interesting things but one thing that is very clear is that it will include the multiverse. And have a theory why. Hold on to your butts. I’m about to go dark.

END_OF_DOCUMENT_TOKEN_TO_BE_REPLACED

There are those movies that come out and it seems like it’s going to be really bad and instead the film is a sleeper hit. Free Guy is one of those films.

I won’t elaborate on the plot because that’s part of the brilliance of this new story but if you’re a gamer you’re going to really like this movie. I found myself guffawing quite a bit throughout the film and the end is totally wild and hilarious. There’s a reason why this movie got a sequel.

Well, Harry Potter fans, this has been quite the year of celebration. Twenty years ago a movie entered theaters that changed the world. It was called Harry Potter and the Sorcerer’s Stone and it catapulted a franchise into being thanks to quite a huge dose of magic.

As fans all over the world celebrate the momentous occasion I have been included in the celebration in an awesome way.

Thanks to Warner Bros. I got this awesome box filled with iconic Harry Potter goodies like Bertie’s Bott’s Every Flavor Beans (yes, they really do have earwax and booger-flavored beans, among plenty of other gag-inducing flavors like vomit, sausage, and even soap!) but that’s kind of the magic. It really transports you to the Wizarding World of Harry Potter. And receiving my Hufflepuff scarf (yes, I am a proud Hufflepuff) was probably one of the best things I’ve ever gotten from a gift box like this.

I proudly own a wand I got from Universal Studios about a decade ago and now I have my Hufflepuff scarf! How awesome is that?!

END_OF_DOCUMENT_TOKEN_TO_BE_REPLACED

What did I do for Thanksgiving? I started my morning by watching/thoroughly enjoying the Macy’s Thanksgiving Parade while snacking on M&M’s as the Thanksgiving food cooked for lunchtime. When the National Dog Show began food was ready and oh was it delicious. Once my Thanksgiving food was finished I started getting ready to go to the movies to watch Disney’s 60th animated film, Encanto. And I had a fun time.

Encanto, like every Disney movie, is vibrant with an emotionally-driven story and a batch of likable songs. Unfortunately, this was not the film I expected.