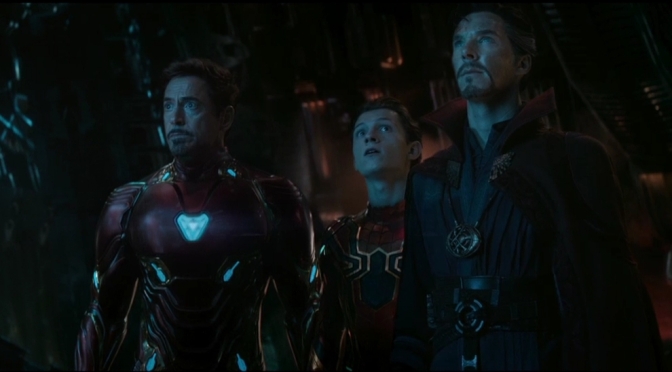 Superhero movies have become the staple of blockbusters for the past decade with movies featuring major and not-so-major Marvel and DC Comics characters, taking these heroes straight from the comic books onto the big screen and it has been a very enjoyable experience. Now, with Avengers: Infinity War coming out in nearly a month and more superhero movies (Ant-Man and the Wasp and Aquaman) gracing the big screen later on this year I would like to share with you my ten favorite superheroes. Enjoy!

Okay, I didn’t even realize how much I liked Bucky until I saw him in the end-credits scene in Black Panther. I got giddily excited seeing him and that’s saying something. Throughout the films he has been in he has slowly begun to grow on me and now I can honestly say he is one of my favorite superheroes. I can’t wait to see him return in Avengers: Infinity War and I’m beyond ecstatic to see what his new vibranium arm can do.

I used to not like Thor. In fact, I thought he was kind of lame. He was this pretty-faced, god of thunder with flowing golden locks and a special hammer and he just wasn’t cool to me. Whenever he was around the other Avengers he was always the one I was least interested in. And then there was Thor: Ragnarok and my view of him changed completely.

Not only was he funny but the fact that they gave him a complete, unconventional makeover by cutting his golden mane and ridding him of his hammer was the perfect growth for him. After seeing the film a few times I actually really like him now and I’m so glad about it.

I am SO excited to see Avengers: Infinity War and one of those reasons is because of Black Widow. She’s been on the run since Captain America: Civil War and now that she’s back it’s awesome to see how different she has become. Her signature red hair is now replaced by a blond do-over, she’s got new weapons and a new outfit, but I’m sure she still the same kick-butt hero she was the last time I saw her. Another thing that’s exciting about her return in Avengers: Infinity War is how prominent her role seems to be in the movie. For a long time she was just a sidekick, a pretty face among the rugged male heroes, but now she’s standing alongside Captain America not as a co-star but as a leader in her own right and it’s kind of amazing. And that’s why I can’t wait to see her movie in 2020 because I know for a fact it’s going to be off the chain! 🙂

END_OF_DOCUMENT_TOKEN_TO_BE_REPLACED

So last year I wrote a post highlighting the coolest vehicles in Star Wars but after The Last Jedi it’s time to condense that list and add some new ships to the fray because one thing The Last Jedi definitely had were some amazing vehicles. I’m beyond excited to share with you my new list and I hope you enjoy. 🙂

This is my favorite of the extremely elegant Naboo ships Ms. Amidala had throughout the prequels because it’s just so downright pretty. The beginning of Attack of the Clones has one of my favorite beginnings of all of the Star Wars films mainly because of this ship. Its four motors, the way it descends into the white clouds, it’s simply a gorgeous opening to the movie. Too bad the actual movie wasn’t that great.

One of the reasons why The Last Jedi is such a fantastic movie is because of the beginning. The movie literally opened with a space battle, a rather epic one at that, and in the middle of this exciting conflict was the Dreadnaught, a massive Star Destroyer with a pair of giant turbo laser guns bent on obliterating anything and everything. This is such an incredible ship and even though it only appeared in the movie briefly it definitely was cool enough to get on this list.