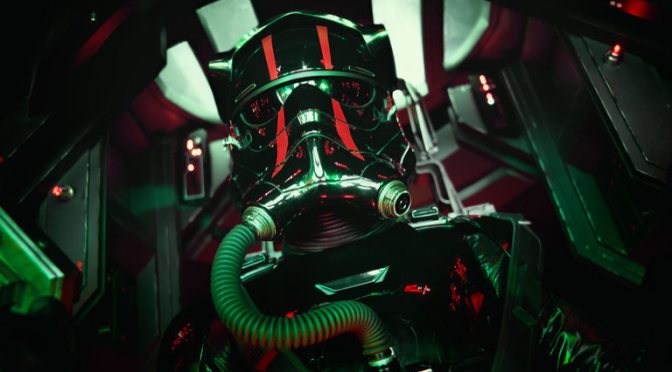 Since the beginning of Star Wars coming to the cinematic world of Hollywood TIE Fighters are the equivalent of stormtroopers in space. There’s a multitude of them in battles and yet they do little damage and the good guys can beat them with relative ease. But why is this the case? Aren’t these trained pilots who have worked for years honing their piloting skills just like our rebel hero pilots? Don’t they have stories and emotions just as complex as the heroes and yet they’re disposed of without so much as a thought?

You know, I never realized how bad TIE fighter pilots have it until I recently watched The Last Jedi. When the TIE fighters chased the Millennium Falcon through the caverns on Crait they got obliterated one by one as they bounced and crashed off of the blood red crystal walls of the cave but the Falcon, this much larger ship, was able to slip through ridiculously slender gaps and weave its way through the cavern with remarkable ease. But how is that possible? I know, Chewbacca is a GREAT pilot but can you really expect that there aren’t any FABULOUS TIE fighter pilots as skilled as piloting their crafts as Poe or Han Solo? That doesn’t make sense. 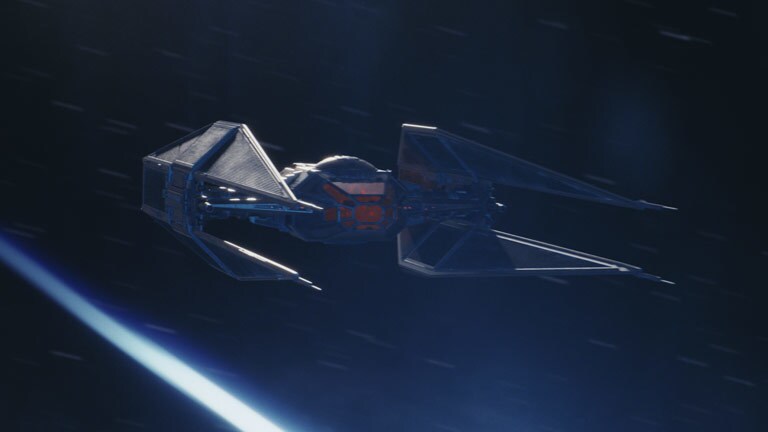 And then another part in The Last Jedi that shows how little respect is given to the TIE fighters is when the First Order ambush the Resistance. Kylo Ren terrorizes the Resistance and never gets hit by a wayward laser but his three TIE fighter wingmates all get obliterated in the short battle. Those poor fighters. They could’ve been made to be just as important as Kylo Ren but instead they were just these silent ships made to be annihilated.

Now, I’m not saying TIE fighters are entirely useless. They have caused a lot of pain and death to many rebels throughout the years but I’m just saying, I’m waiting for the Captain Phasma of TIE fighter pilots. Wouldn’t that be amazing?

What if there was a squadron of pilots like the Death Troopers called the Death Squad or something like that and every fighter in that squadron would be as impressive a pilot as Rey or Kylo or even Poe? That would be ridiculously incredible! Come on LucasFilm, make it happen, please. 🙂

Now I kind of want the trend of basically useless TIE fighters to continue so the rebels can have an easier time of winning the war but I would just love to eventually see these fighters treated with a little bit of respect and imagination.

One of the fun things about being a Star Wars fan is enjoying a fascinating Star Wars marathon. The movies, by themselves, are enjoyable but when you watch the films back to back to back it gives an entirely different perspective on the movies’ stories and character developments and that’s what happened for me yesterday. The marathon started with A New Hope (I barely watch the prequels anymore) and I watched all of the following episodes through The Last Jedi and I have to say, it was a remarkable experience. Seeing the stories of Luke and Leia, Han and Chewbacca, and the other iconic characters of the original trilogy transcend decades and continue on in The Force Awakens and The Last Jedi was just simply incredible. But after watching The Force Awakens which I highly enjoyed and then The Last Jedi immediately afterwards it was a jarring realization in how different the two movies really are.

The Empire Strikes Back was, of course, much different than A New Hope. It was a darker film, the situations were more complex, and all in all it was just a much more serious film than its predecessor but The Last Jedi is different than any Star Wars film ever made. The Force Awakens truly feels like a Star Wars movie. It feels like it belongs in the universe, whereas The Last Jedi is not what I’ve come to expect in a Star Wars film in the slightest. Yes, there are space battles and lightsabers, the Force and blasters, but the overall feeling of The Last Jedi is wildly unique compared to its predecessors, which isn’t exactly a bad thing. It’s just something I’m still getting used to. And so after watching Episode VII and Episode VIII back to back I just knew I had to write a post comparing the two films and which movie I feel is better and I hope you enjoy. 🙂