If you were like me, wondering whether there was going to be a Doctor Strange sequel or not, well wonder no more for Kevin Feige has announced that there will indeed be a Doctor Strange 2 and I couldn’t be more excited. Doctor Strange was already an amazing character in his feature film and he utterly stole the show in Infinity War. And then he disintegrated. (Boo.) The question that I suddenly began asking myself was whether he would return or not. It seemed inevitable that he would but with Benedict Cumberbatch seeming to not know where he stood in the MCU anymore I was honestly starting to get nervous. Was my favorite Marvel superhero honestly not coming back? Well, I’m glad to hear that he will be returning for a new film in the upcoming years and I couldn’t be more pumped.

The creators behind Doctor Strange have already said they figured out who the primary villain for a sequel would be and that would be the classic Doctor Strange antagonist, Nightmare. 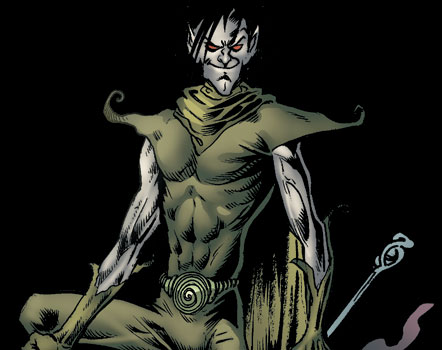 Nightmare is a demon who torments humans in their sleep, taking them into his Nightmare world within the Dream Dimension and feeding off their psychic energies. That sounds…scary. The simple concept of Nightmare could easily make Doctor Strange 2 the scariest and most disturbing entry in the MCU and could prove to be very interesting indeed.

Mordo is also still out there wreaking havoc on the sorcerer world which could lead to an interesting storyline as well. I’d love to see a Mordo/Doctor Strange showdown happen at least once during the movie.

I’d also love to see the debut of Clea who is a very important character in the Doctor Strange comics. She is the Sorcerer Supreme of the Dark Dimension and she ends up befriending Doctor Strange. Long story short Doctor Strange and Clea end up becoming a dynamic duo/lovers which would be an interesting plot to Strange’s story. He’s, at the moment, one of the few major heroes in the MCU to not have a romantic partner and wouldn’t it be awesome to see his eventual girlfriend as this equally powerful sorcerer of the darkness? Sounds awesome to me.

All in all, I can’t wait to hear more news about Doctor Strange 2 and I can’t wait to see him return in Avengers: End Game (yeah, I think that’s the official name) next year.

Yesterday I was watching Freeform’s Fun Day which features a marathon of different family movies over the weekend and one of the movies that came on was Up. I remember watching the movie back in 2009 but for some reason I had forgotten nearly everything about the film. I forgot the film’s premise, the film’s beginning and end, I had forgotten it all, so it was like watching a brand new Pixar movie and oh my goodness was I taken on a ride I wasn’t expecting.

Up is about an elderly man named Carl who after the loss of his beloved wife loses his sense of adventure and becomes a classic old grump…until he meets a young boy scout named Russel who needs one last badge (the Assisting an Elder Badge) to become senior wilderness explorer. It’s a huge honor to Russel.

Long story short, Carl shoos the kid away by telling him to find a Snipe, an imaginary creature that’s been bugging his house, but when a construction company ends up having to take Carl’s house after an incident he decides to start living life again. He decides to find the Paradise Falls that he and his wife had always aspired to live by but he doesn’t realize that he has another passenger aboard his flying house; the clingy Russel. Together they go an adventure that is so wildly entertaining that I had a smile on my face the entire time I watched the movie.