This past January I updated my list of my fifteen favorite Star Wars characters and after recently revisiting that post it’s definitely time to change that list once again. Enjoy!

Holdo is unlike any other character that has appeared in Star Wars and that’s what makes her so unique. It’s always exciting seeing brand new characters that we can’t associate with someone we’ve seen before in the franchise and even though she was killed off in The Last Jedi she has still easily become one of my favorite characters in Star Wars. 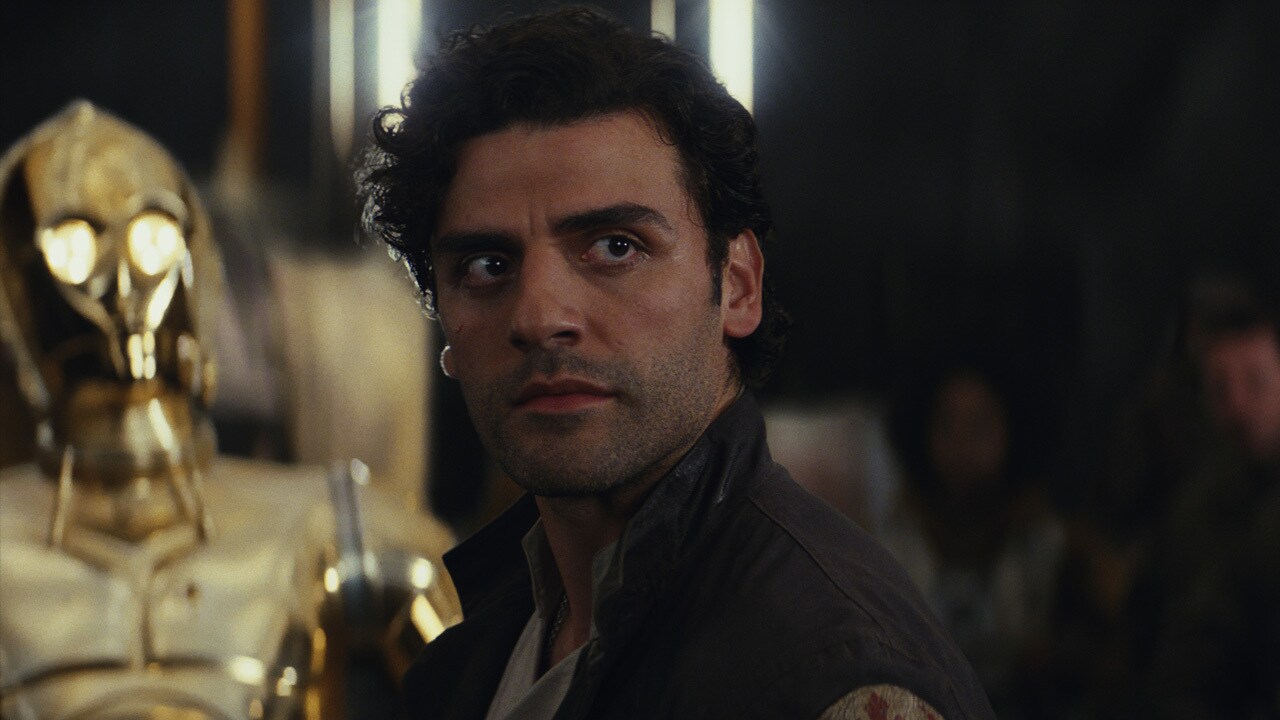 Poe Dameron is easily the greatest pilot in the galaxy (besides Rey and Kylo Ren) and that makes such an awesome character to have in this current trilogy. He helps fill the void that Han Solo has left with his unfortunate death in The Force Awakens and yet he doesn’t feel like a carbon copy of the iconic Star Wars character. That’s always important.

I’d say Cassian is Star Wars‘ first major character to have a sort of grey morality. For one half of Rogue One we see him as this man who is supposed to assassinate Jyn’s father (which kind of makes him a semi-villain in the movie) and then during the final half of the film we seem him as a hero. Cassian isn’t exactly a legitimate bad guy because he’s not aligned with the Empire but his immoral actions at times can make him a little shady. Cassian is my favorite character in Rogue One and that is why he is on this list.

Before there was Rey there was Ahsoka Tano, Anakin’s apprentice in The Clone Wars series. She has always been one of my favorite characters because we don’t get to see female Jedi very often, at least in a substantial way. Through the years we have seen her involvement in the franchise expand in exciting ways and I can’t wait to learn more about her story in this final upcoming season of The Clone Wars.

When I heard that Woody Harrelson was going to play the role of Han’s mentor in Solo I knew for an absolute fact he was going to be great in the movie. And he totally was too. He was a typical Western gunslinger, except in a Star Wars movie. Awesome! 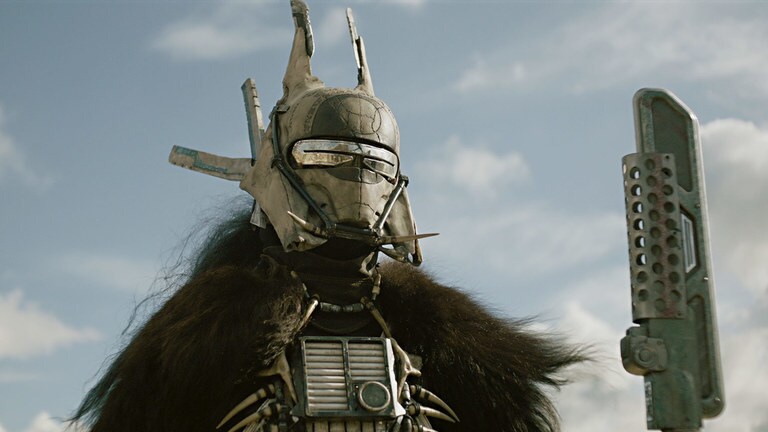 Solo had a lot of surprises and one of those surprises was the “villain” Enfys Nest. This character wasn’t in the movie for a large amount of time but their presence was felt throughout the entire film. And to find out (MAJOR SPOILER ALERT AHEAD!) that this character who was so intimidating whenever they showed up was actually a teenage girl was downright mind-blowing. It was easily one of the coolest surprises in Star Wars and it made me like this character even more. She definitely earned a spot on this list.

Rose is also unlike any other character that has been in Star Wars. She’s a mechanic so she brings a different set of skills to the franchise. And she also thinks quick on her feet as well. I didn’t realize how awesome Rose was until I watched a Star Wars marathon and to see her sweet personality in the midst of such a gloom and doom was truly admirable. I LOVE Rose!

Han Solo has always been a cool character. In the original trilogy he helped provide a comedic aspect to the serious films with his countless hilarious quotes. And he brought that same lovable spirit to The Force Awakens which made the movie that much better. I didn’t realize how much I liked Han until he died and I cried like a baby. In fact, I still get teary every time I watch his death scene. It’s pretty tragic. All in all, Han Solo is great. 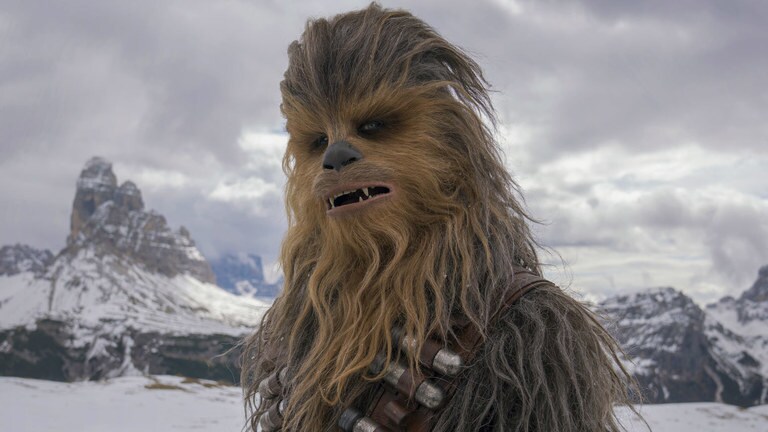 Chewbacca is hands down one of the greatest creations in cinema history. He’s a big, lovable (and huggable) fuzzball. I love him. 🙂

Leia has been an inspiring heroine since her debut in A New Hope. I’m so glad J.J Abrams has found a way to incorporate her in Episode IX because there definitely would have been a void without her.

Finn is awesome with a capital A. In The Force Awakens he was simply a lovable guy who you couldn’t help but root for. And then in The Last Jedi gone is the extremely nervous ex-stormtrooper and in his place comes a man who seems a lot more serious (and cool, if I might add.) He truly is a big deal to his fellow comrades and, for a split second, we get to see him as a leader as well. It’s a fascinating evolution of the character and I can’t wait to see him back to his heroic ways in Episode IX.

Obi-Wan is truly an awesome character because he’s one of the few people in the franchise who has not lost to the bad guys (well except that one time when Count Dooku defeated him in a lightsaber duel and nearly killed him.) *smiling sheepishly* He defeated Darth Maul, survived both his encounters with Jango Fett, killed General Grievous (which was supposed to end the war but oh well,) and managed to defeat his own newly-turned-evil apprentice, Anakin Skywalker. And even in his old age he surrendered to the Force rather than having Darth Vader cut him down so that he could still train Luke beyond death. In a word, Obi-Wan is awesome. (I hope they still make him a Star Wars Story.)

I mean seriously, what would Star Wars be without Darth Vader? The iconic breathing, the frightening mask, the cape, the choking, everything about Darth Vader radiates awesomeness.

Luke Skywalker has always been a cool character but to see him as an old man is honestly a dream come true for me. I have always imagined how his story would end and even though it wasn’t anything like I expected it’s a downright perfect ending to his journey. I can’t wait to see him as a ghost.

Rey and Kylo Ren are the main focuses of this current Star Wars trilogy and their journeys so far have been utterly magnificent and perfectly told. In the way that they’re connected through the Force they are also connected in coolness. Rey is unique and 100% awesome. And I feel about Kylo Ren the exact same way. To try to raise one character above the other is simpy too hard for me and that’s why I have them at a tie.

Well, this is my list. I thank you for reading and I hope you have a wonderful day. May the Force Be With You.