Lightsabers. They are some of the coolest creations ever made. They come in all sorts of beautiful colors, each character’s lightsaber hilt is entirely different, and those that wield these ancient weapons are equipped with the power of the Force, making the laser swords all the more awesome.

That’s why for today’s Who’s Your Favorite? segment I’m tackling the topic of lightsabers. Enjoy! 🙂

(I will be focusing this post on all only the most popular lightsaber-wielding characters, otherwise, we’d be here all day.)

Ahsoka Tano is one of the few characters who wield two lightsabers in battle, making her one of the most unique characters in the franchise.

But years after her decision to leave the Jedi Order she returned with new lightsabers in tow. The blades were now white, highlighting her allegiance to neither the light nor the dark. And the hilts are very polished looking. Almost-stormtrooper-like. Cool. 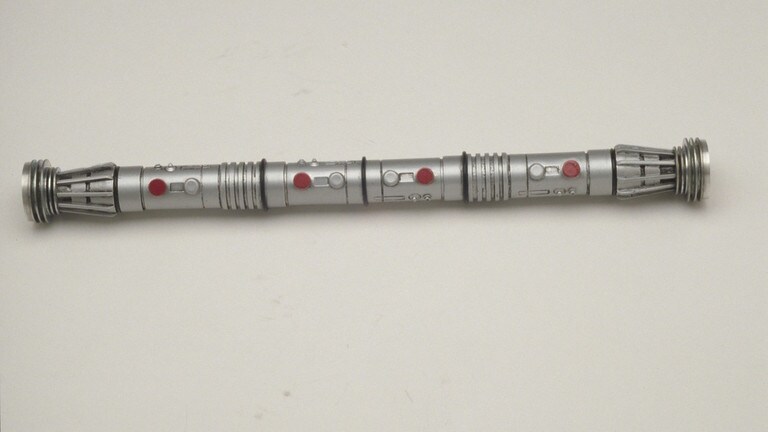 To be honest, I didn’t imagine Darth Maul’s lightsaber hilt to look like this. The design is rather simple but deceptively regal with the silver color and the overall clean design. The only personality to the hilt is the red buttons but beyond that, it looks much tamer than one would expect in the hands of a powerful Sith.

Beyond its simple look though, it can do some serious damage. 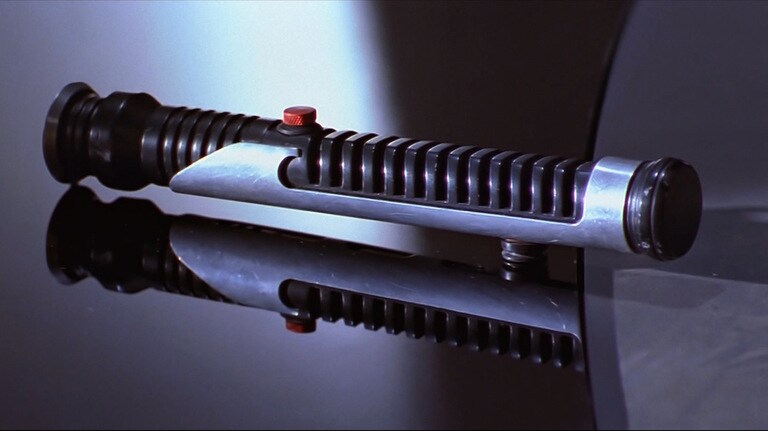 Qui-Gon’s lightsaber is also simple and yet so complex. What does the ridged look symbolize? Why is his weapon almost all black? These questions give me an even greater wonder about the rebellious Jedi master. No one can definitely deny the simple fact that the lightsaber is captivating though. 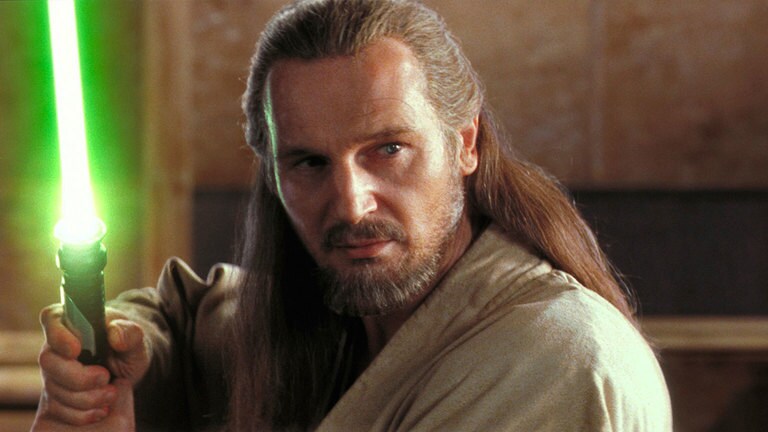 And with the green blade jutting from its interior this lightsaber is even more awesome. 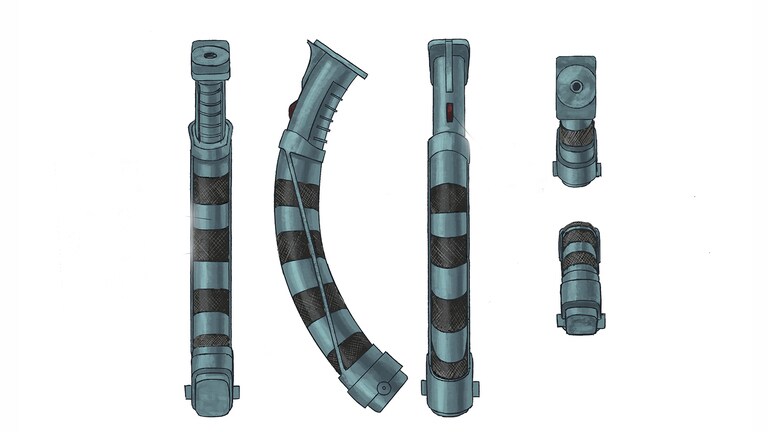 Curved like Count Dooku’s these lightsabers are designed to rest in the hands of an assassin. The striped design gives the hilts a little extra flair, perfectly coinciding with Asajj’s vibrant personality. 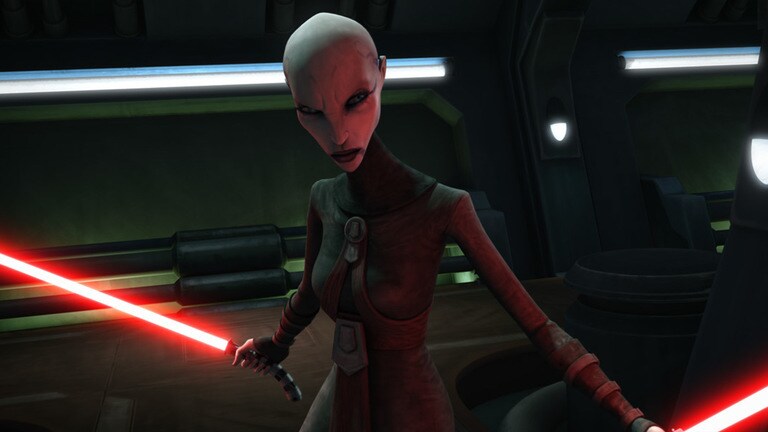 And with these lightsabers in hand, Ms. Ventress can show you just how dangerous she is. Wow. This is a beautiful lightsaber hilt. It’s totally fitting to be in the hands of the leader of the Jedi Order. The gold and silver is a touch of captivating flair and the black helps make it not too fancy, even though it’s clearly a gorgeous hilt.

I already loved his lightsaber because it was purple but now I REALLY love it. Regal, powerful, dangerous, these are the words I am using to describe Count Dooku’s magnificent lightsaber hilt. Absolutely gorgeous. 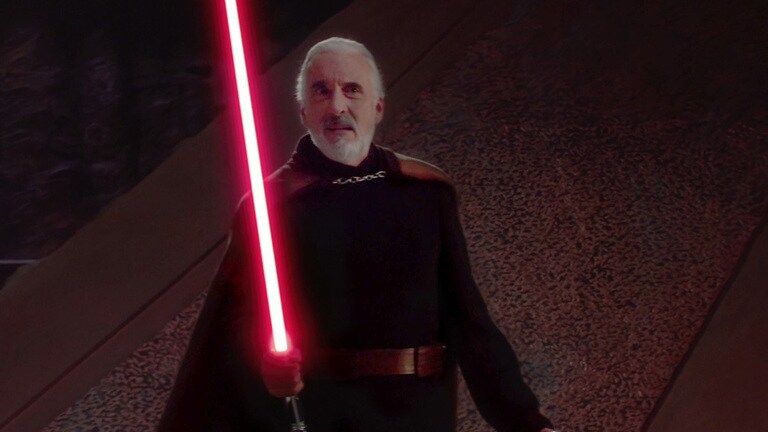 But it’s fitting. A fancy hilt for a fancy dude. 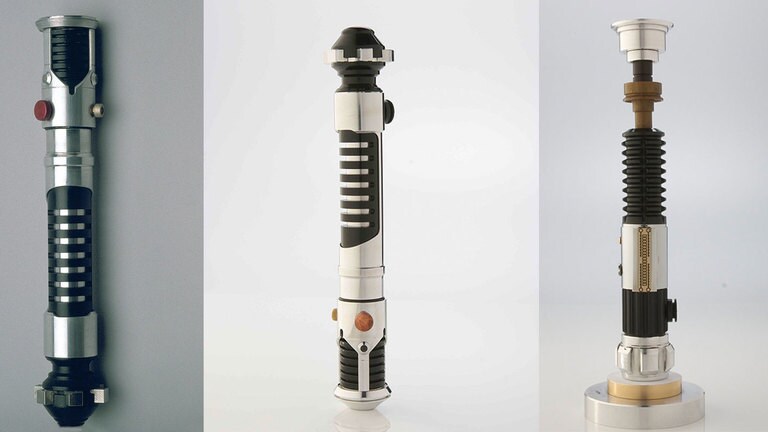 Okay, this is awesome. Obi-Wan obviously has had three lightsabers in his time. So, here is the backstory behind each of these marvelous weapons.

The first one, which you see on the far left, was designed during his days as a Padawan. Hence, the similarity it bodes toward his master’s lightsaber. But we all remember when Darth Maul kicked it into the shaft on Naboo, so, Obi-Wan had to make himself another hilt.

The next one was used during his days as a Jedi knight. The design is completely different from the previous hilt and is a lot more regal looking. It is the lightsaber of a true Jedi Knight.

And then, when he rose to the rank of master, he changed his lightsaber again but this would be his last. I love the brown in the hilt because it’s totally representative of Obi-Wan’s style. And the black ridged midsection is almost like a homage to Qui-Gon. I love it! BEAUTIFUL! That’s all I can say. Absolutely, freaking beautiful. Wow.

He doesn’t use his lightsabers very often but when he does he is a force to be reckoned with. 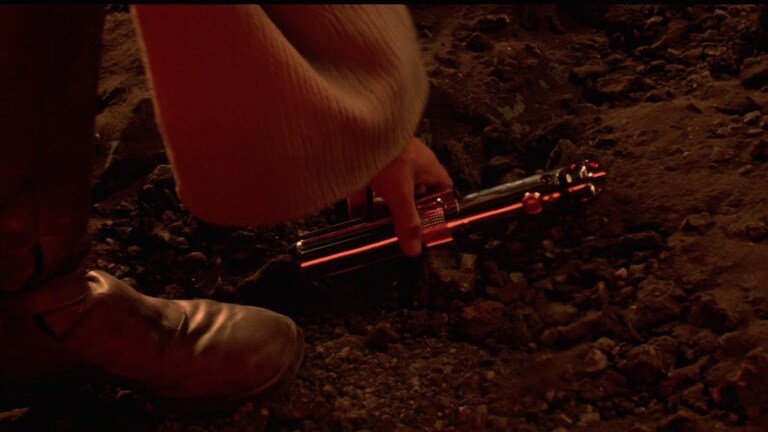 This lightsaber has passed down through the generations, making it one of the most interesting lightsaber hilts of all time. Its design is simple but totally impressive. The silver is totally representative of the powerful era it was created in but the heavy black design toward the bottom of the hilt hint toward Anakin’s darker side. 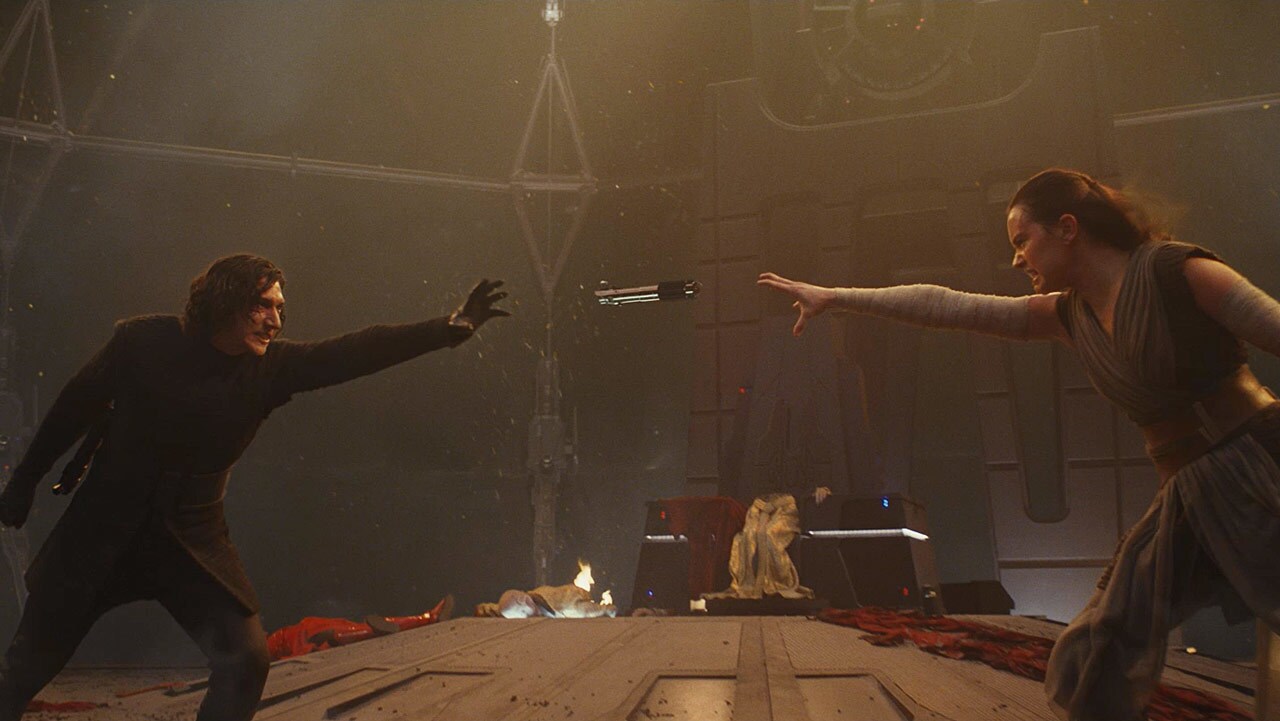 Unfortunately, Rian Johnson would destroy it in The Last Jedi which I still find a bit baffling. But, with Rey recovering the pieces, maybe she will fix it and it will return to its former glory in the hands of a true Jedi. 🙂

Kylo Ren’s lightsaber is all black, symbolizing the darkness within him, and the crossguard hilt is to help stabilize the flawed kyber crystal it contains. Um, that’s cool. 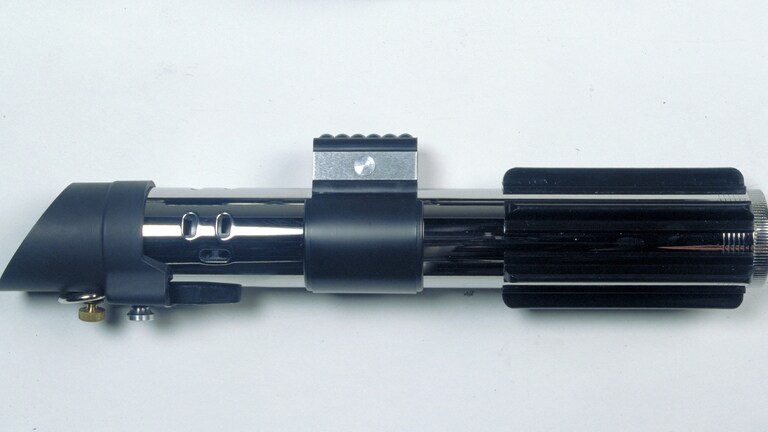 Anakin Skywalker, now under the alias Darth Vader, would have to reconstruct a new lightsaber after his defeat on Mustafar. As you can see from the design, the silver is much more subdued, the black bottom of the hilt is still there, highlighting that as Anakin’s staple, but it is the dark grey elements to the saber that is the most revealing. You see, the grey symbolizes Darth Vader’s internal struggle with the light and the dark, hence the grey in the hilt. Of course, this is just a theory of mine but hey, it sounds right.

You know, when I look at this picture, I can only think of one famous quote: “Don’t make me angry. You wouldn’t like me when I’m angry.” Lol!

So, these are all of the lightsabers which leads me to the imminent question; which one is your favorite? For me, oh that’s a tough one. I LOVE Kylo Ren’s lightsaber because it is such a different design but I am particularly wowed by Palpatine and Windu’s lightsaber hilts too. Ah, the agony. Which one do I pick?

I think if I had to pick a lightsaber to use for my own I would definitely use Palpatine’s. I love shiny things (I mean if there’s glitter there’s an 80% chance I’ll wear it) so I’m totally into this hilt. Hence, it’s my favorite.

I’d love to hear your thoughts on the comments below.

5 thoughts on “Which ‘Star Wars’ Character Has Your Favorite Lightsaber?”