Breathe. Just breathe. That’s what I keep telling myself as I try to write anything that makes sense for this trailer review because my brain is scrambled right now. Oh my goodness, how do I begin? Well, I guess I’ll start at the literal beginning.

Like the teaser for The Force Awakens, it begins with someone breathing heavily. Last time it was Finn.

And now it’s Rey. And both of these characters, who are essential to this final chapter, are seen on sandy planets. The last being Tatooine and the new potentially being…Jedha?

Next, we see Rey standing with her lightsaber in hand, Kylo Ren in the distance. At this point, as someone who has watched many, many Westerns in my life, it feels like an old-fashioned standoff. Oh, I love it!

This was a hard clip to get because Kylo is moving so fast in this ship but it reminds me of the clip from The Force Awakens trailer that shows Rey on the speeder bike in Jakku.

Next, we see Rey looking as awesome as ever with her beautifully intense face. Doesn’t she have the greatest intense looks EVER?!

I love Rey so much and this, this is just out of this world amazing. Rey’s power has obviously increased since last we saw her and this looks like it’s going to be epic!!!

First off, it’s a new location. Yay! Secondly, it looks like some sort of battle is going on so…cool. Three, wow!

Kylo Ren is back and it seems like he’s definitely scary again which I’m really glad to see because I was hoping J.J Abrams would make him the intimidating villain we used to know him as.

The mask has returned. Yes, the mask is back. I thought I wouldn’t like the idea of him returning to the mask because it felt like it was retconning what Rian Johnson did in The Last Jedi but now, after seeing the trailer, I am legitimately thrilled.

And, to get a better look at the completed version of his helmet, here it is. This is what you’ll see on all of the toy boxes coming later this year. Very cool.

Finn and Poe are back, on an adventure, they’re both on an adventure with Rey, and I am thrilled! Why am I getting so giddy the more I write this post? Easy, because it’s awesome!

By the way, I am LOVING this new droid. BB-8 is already cute as it is but D-O is so amazing and unique I already want a toy version of this incredible droid. It’s so cute.

I know this image is a little blurry but it’s clearly a stormtrooper (probably a new stormtrooper) riding a speeder bike which is chasing after Finn, Poe, and C-3PO. Um, that definitely seems awesome.

Woo, Poe…piloting a strange looking vessel thingie! Love it! I’m so excited! So, so very excited.

This is a ship crashing onto what clearly resembles a Star Destroyer but what is the most interesting about this clip is the Star Destroyer. Is it just me or does this look like a Destroyer from the days of the Republic? 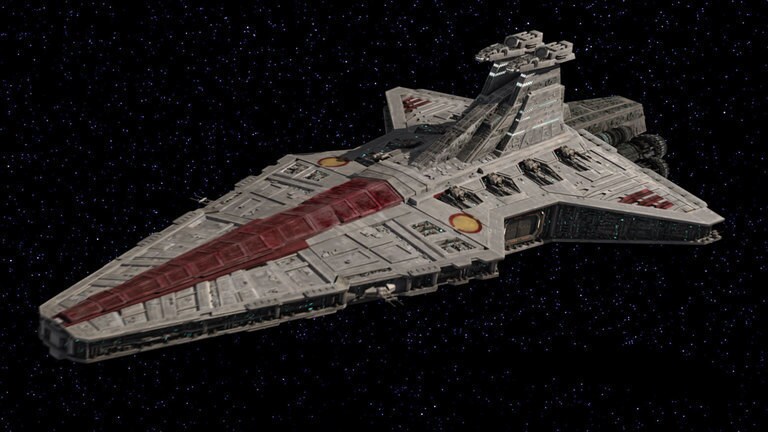 If you’re looking at this medallion and feeling a strange sense of nostalgia you’re not wrong, for this is supposedly the Medallion of Bravery (or something kind of close it) that Leia gave to both Luke and Han in A New Hope. Why it’s making a reappearance in this film and whose hands are holding it, I’m not sure, but it’s definitely very beautiful to see.

This. Is. Beautiful! How they managed to do this, I don’t know, but it’s absolutely amazing. Wow. Carrie Fisher is gone…and yet, she isn’t. How strange and perfect this is.

And what is that, you may ask, in the distance? Clearly the husk of a fallen Death Star. Yeah, it’s the Death Star! You knew J.J Abrams was going to bring it back in some form or another. But I have to admit, this looks pretty cool.

But that wasn’t even the mic drop! As the trailer cuts to black we hear a chilling cackle that has become iconic for all Star Wars fans. The laughter of the one and only Palpatine. Jaw dropped. 💀

This was something I could never have imagined and honestly, I just…don’t know what to say other than, “AHHH!!!!”

This just may be the best Star Wars teaser I’ve ever seen. And I’ve seen a lot of Star Wars teasers but this…oh, I have never full out cried while watching a movie teaser but this made me cry so hard my face was red, literally.

And what helped add an emotional depth to this trailer is Luke Skywalker narrating the trailer. It was so perfect and his words were so emotionally moving that, well, like I said before, I was crying really hard.

I have so much more to discuss with you all but for now, this is my analysis of the teaser for Star Wars: The Rise of Skywalker.

How did you feel about the teaser? I’d love to hear your thoughts in the comments below.

(The trailer is here everyone! Yes!)

7 thoughts on “The ‘Star Wars’ Trailer Has Left Me Stunned”