And even as one gets older the love of these characters never fades. So, this week’s segment of Who’s Your Favorite will focus on the lovely Disney princesses that have spanned generations. Enjoy!

Cinderella was a humble girl, living with her three mean stepsisters and her cruel stepmother. She was always treated poorly, never allowed pretty dresses and having to serve them. But she never complained and her goodness begot her a miraculous occurrence; meeting her fairy godmother.

I’m sure you know the rest of the story and it is a beautiful one. Cinderella would end up living happily ever after with newlywed husband, Prince Charming, and she would never have to endure the ugly actions of her stepsisters and stepmother ever again. 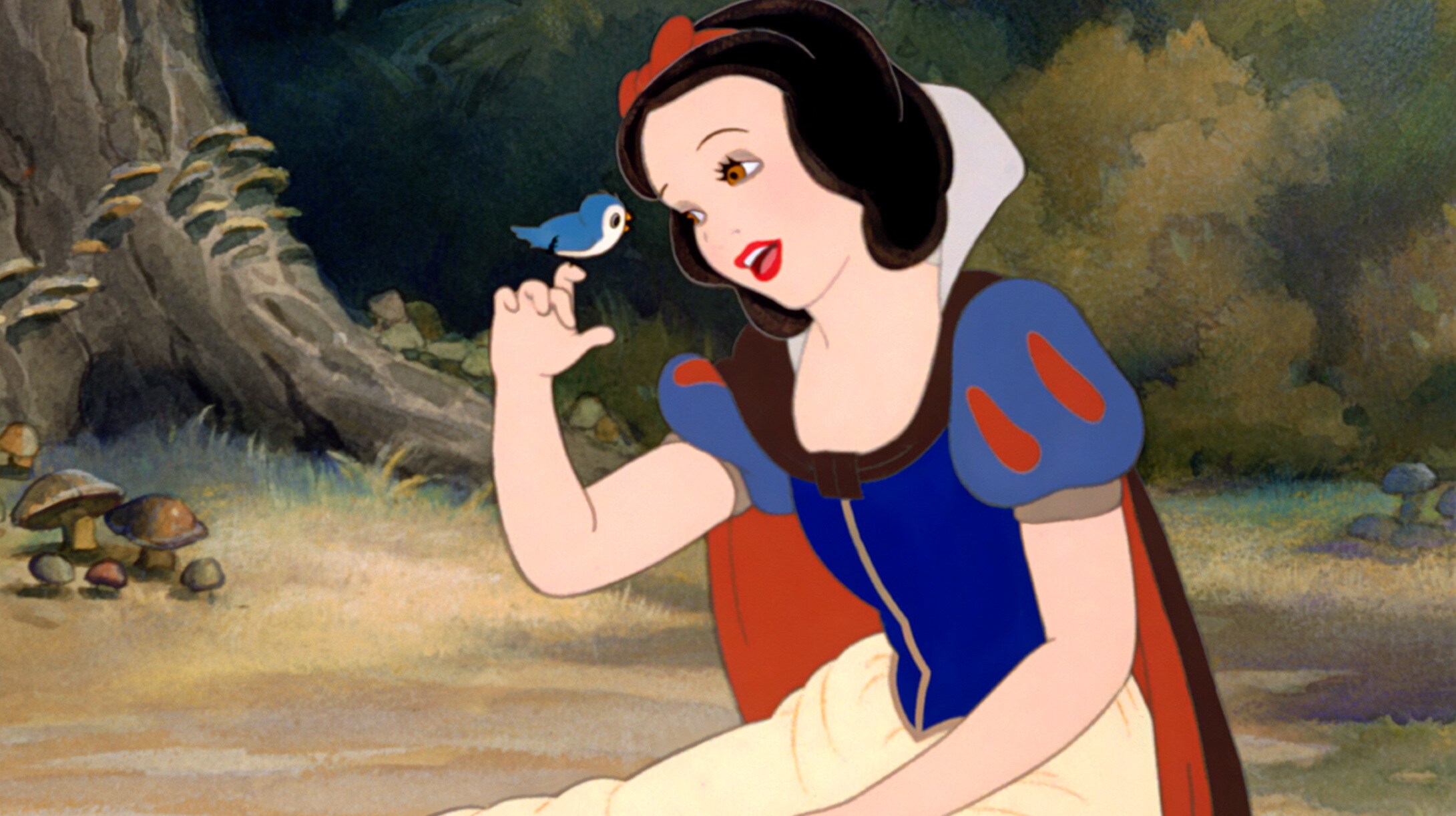 Snow White was Disney’s first princess and her story is rather terrible if you really think about it. Her stepmother hated her so much that she sent a hunter to take her out into the woods and kill her but he couldn’t commit the atrocious deed and so he let her go instead.

In those woods, she met the seven dwarves who she happily lived with. They were a riotous bunch but they were the best friends she had ever had. When the queen found out she was still alive her plan to kill her became her most important mission and she almost did too. Snow White, eating a poisoned apple, fell into an eternal sleep and the curse could only be lifted by a kiss. Of course, because this is Disney, a prince found her, kissed her, and she would live happily ever after.

Moana is not just any princess. She’s a woman unwilling to sit on the sidelines while her people fell deeper and deeper into despair. With the help of the demigod, Maui, she set out on an incredible adventure to reclaim the ocean’s help and save her people. 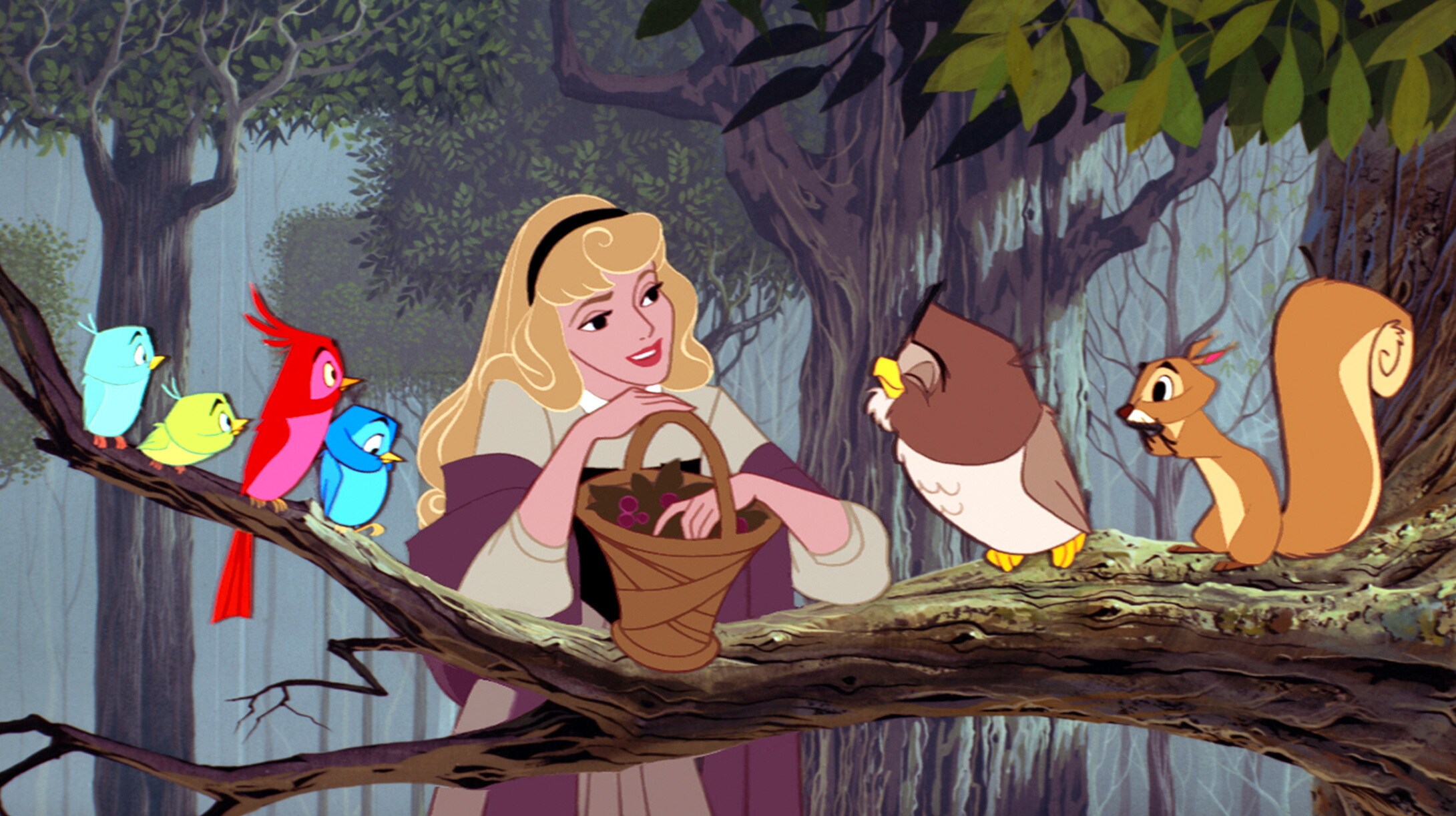 Aurora, the beautiful princess whose story is very similar to both Cinderella and Snow White’s tales. She was a beautiful young woman who was hated by a wicked older woman. As a baby, she was cursed to fall asleep for eternity on her sixteenth birthday and only by a kiss would she wake.

And, as classic Disney movies go, she would be kissed by a handsome young prince and she would live happily for the rest of her days. Pocahontas was no damsel in distress. Quite the contrary. She was a warrior whose choice of weapon was love. Love was her spear and she used love to bring her people and the new settlers together instead of there being bloodshed. The message that love is stronger than hate is powerful and one that should be heard much more often. 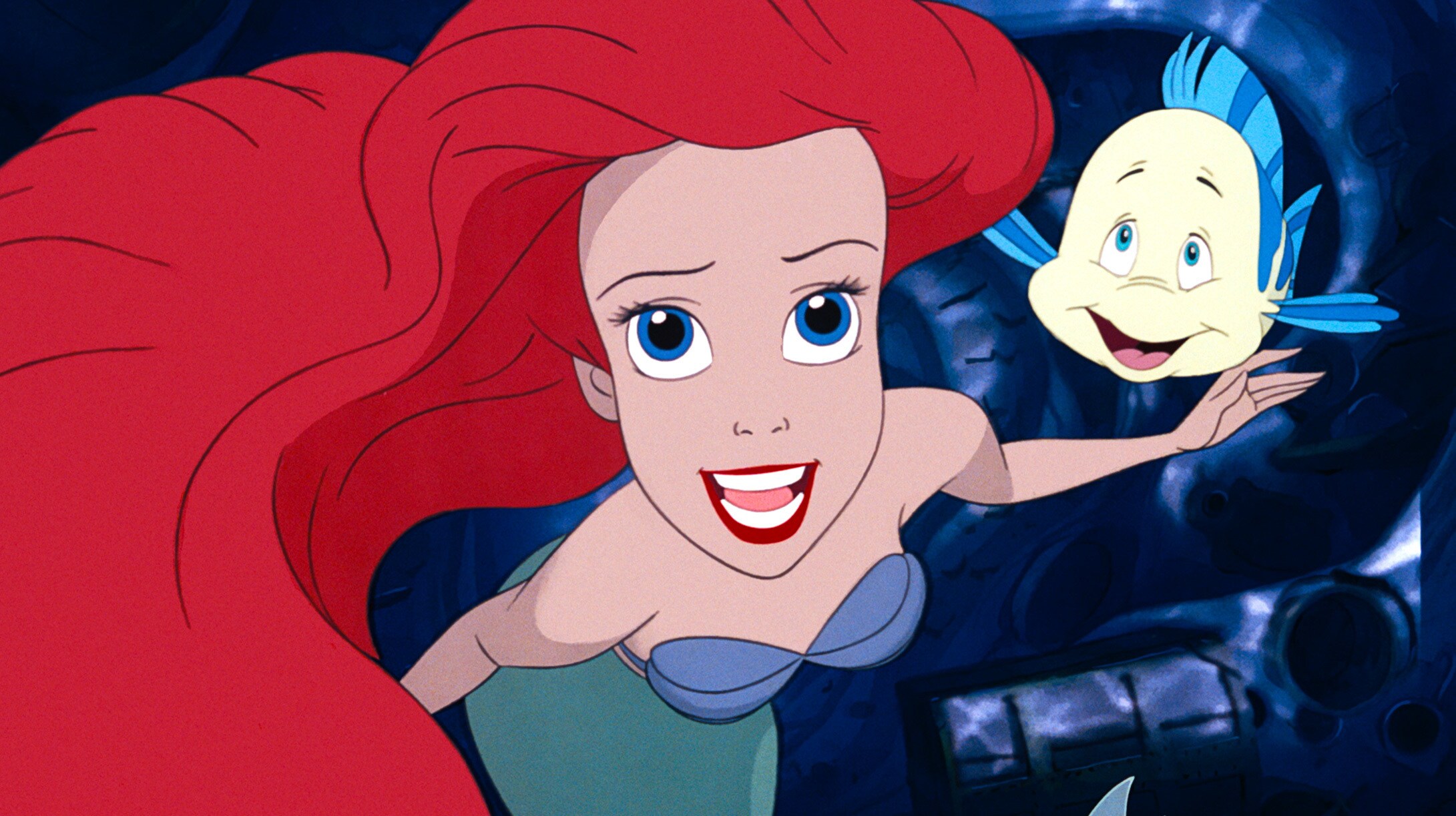 I don’t know Ariel’s story that well so I won’t go into great detail but she is one of the many princesses that is on the list.

Two sisters of royalty, Anna and Elsa haven’t had the easiest journey but they prevailed over their various obstacles and were able to come together to help their beloved kingdom. Mulan proved that women were just as fierce and heroic as men as she saved China from a terrible force of villains with simply her wit and her determination. Mulan, at the beginning of her story, is very unsure about herself and where she belongs in the world but by the end, she is a heralded warrior of China and it is a beautiful thing to see. 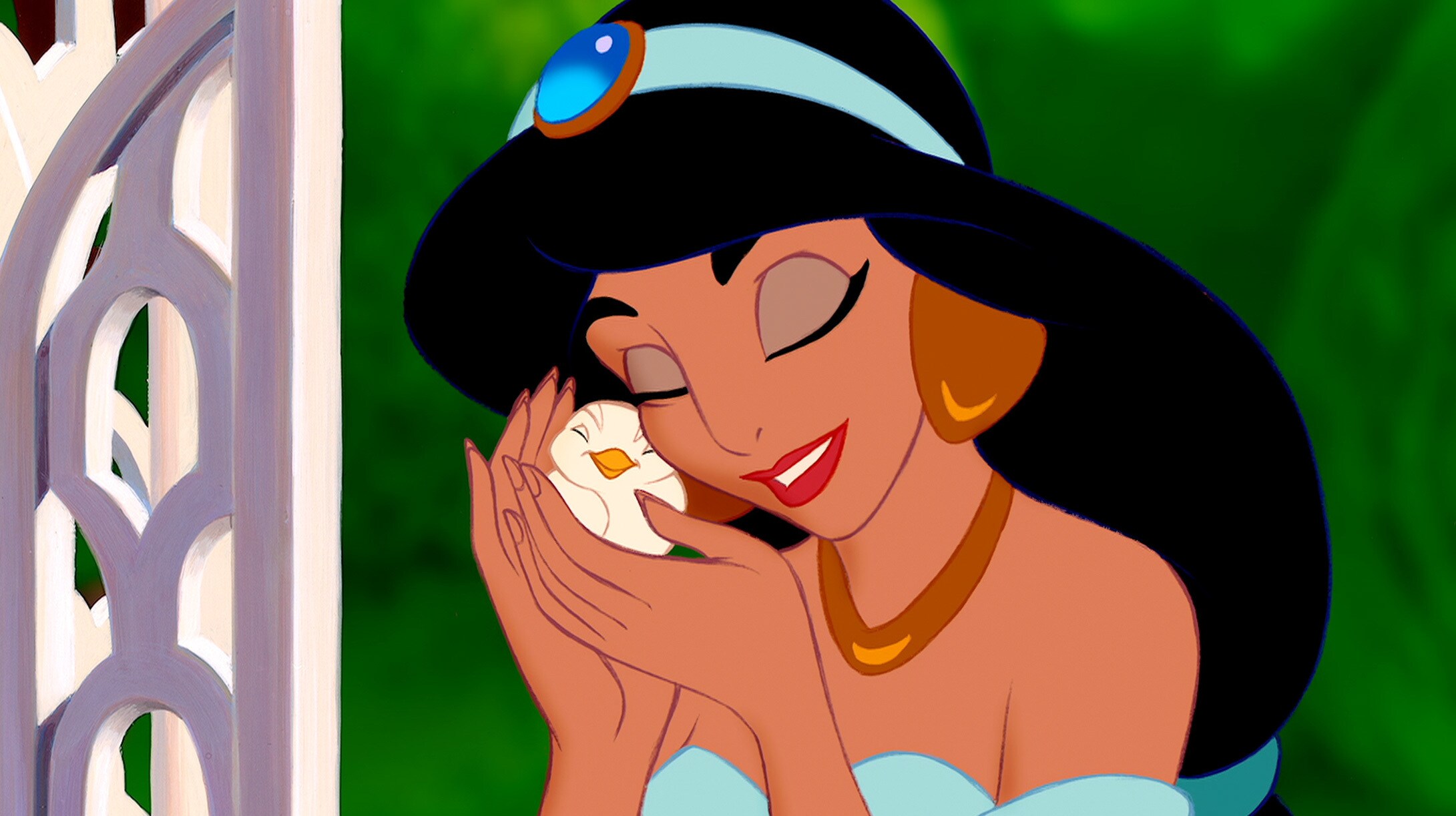 Jasmine, a beautiful young woman, wanted something more than the coddled life of a princess. She wanted to see the sights of the simpler world and learn what it meant to be one of the humble street dwellers. This mentality is what makes her such a shining example of a princess. Belle is such a kind soul and that’s what makes her so beautiful. Her despisal of Gaston is completely understandable, her fear of the Beast is warranted, but because she is such a good person she soon sees that there is more to the Beast than his fangs and his massive paws. He was a kind person who loved everything that she loved and treated her with nothing but kindness.

She didn’t expect to fall for the Beast but when she did she couldn’t help it. Her love for him saved him from his curse and together they were able to live happily ever after. Let the tears commence. While I’m not familiar with Tiana’s story I do know that she learned a valuable lesson and that was that love is more important than anything in the world. Rapunzel’s story is at once tragic and inspiring all at the same time. As a baby, she was stolen from her parents, the king, and queen, by a witch because of her magical properties. She grew up locked in a tower, using her magic to keep the witch who she thought was her mother looking young and beautiful. After meeting Eugene, however, she found the courage to change her destiny and call her own shots.

She went on an incredible adventure that showed her the beauty of the world and how capable she was as a person. 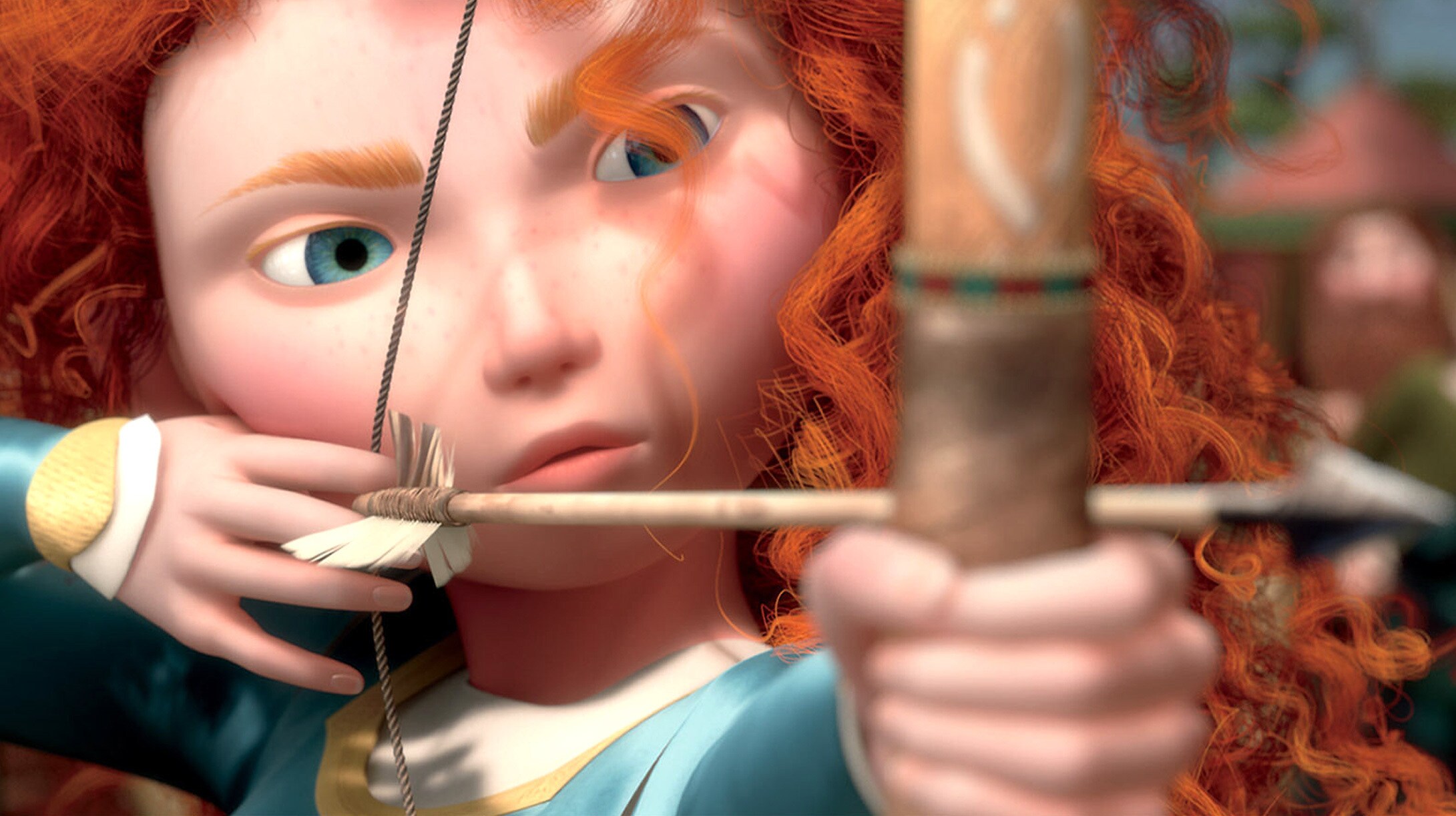 Merida wasn’t a typical princess. She was an adventurer and a warrior. While others would be counting down the days to be swept off their feet by a dashing prince all she wanted was time with her bow. After a terrible argument with her, Merida got a witch to change her mother and her mother became a bear. It was a terrible mistake and it was up to Merida for her to fix the decision. She ultimately learned that love for family was more important than anything and her mother was transformed back into a queen.

So, these are all of the princesses. The question remains; who’s your favorite? My favorite princess is definitely a tie between Rapunzel and Mulan. Both of their movies are fun to watch and both have incredibly inspiring stories.

I’m excited to hear your thoughts in the comments below.