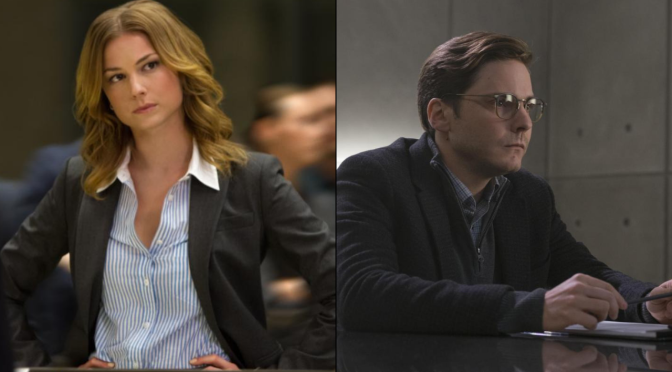 Avengers: Infinity War and Endgame brought dozens of characters laced throughout the MCU back to the fold, even Natalie Portman’s Jane Foster! There were still some characters, however, that didn’t make the list and one of the most striking lack of appearances was Sharon Carter.

She was established in Captain America: The Winter Soldier and Civil War as a love interest for Steve Rogers. The last time we saw her she had defied the Sokovia Accords, giving Captain America and Falcon their suits back, before FINALLY getting a long-awaited kiss from Steve Rogers which, now that I’ve seen Endgame, seems even ickier considering that Steve would end up going back in time and being with Peggy for the duration of his life. I now think of that scene in the same way that I think of that one unforgettable moment when Leia and Luke kissed in The Empire Strikes Back. *shudder* Yikes.

What makes it even worse is that Sharon would not get invited to the massive Avengers party, leaving her storyline very much in the dust. But now it seems that she will finally get the role that she deserves as it’s being reported that she may join Falcon and Bucky in the Falcon and Winter Soldier series on Disney+.

END_OF_DOCUMENT_TOKEN_TO_BE_REPLACED

Ever since Ben Solo had crawled out of that temple on Malachor he knew something was wrong. He had been stranded on that planet with no means for an escape. Through his sheer will and determination to find Rey he trekked across the planet, eventually coming across a bunch of acolytes who were foraging through the world’s ruins to find Sith relics.

He stole their ship and hightailed it to Carcuun only to find the planet completely changed. The vast ocean was now reduced to massive lakes as a grey stone covered in ice and snow reaching from the flat plains to craggy mountains made up the planet’s topography. Where New Alderaan had been now lied a lake covered in a sheet of white ice. Every trace of the Resistance was gone.

Shocked and equally mortified he began searching through the galaxy for Rey and still, to this day, he had not been able to locate her. Many believed she was dead but he refused to give up hope. If she was dead he would know. There was a feeling, an everlasting link that connected them. No matter how many lightyears separated them he knew she was out there…somewhere.