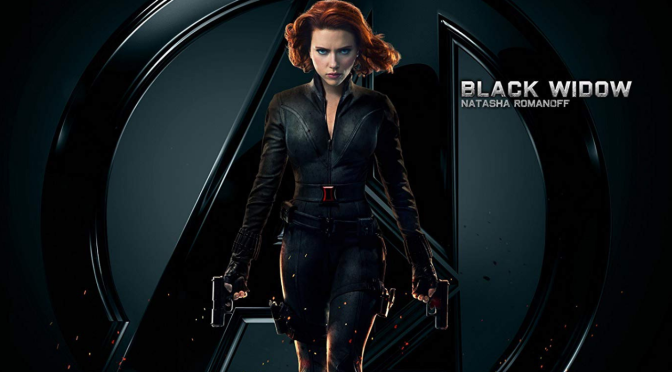 Knowing Marvel will have a heavy presence at the San Diego Comic-Con is a thrilling prospect because that means news about Marvel’s future for Phase 4 is undoubtedly going to be abundant. And that means we’ll get a better idea at what to expect in the coming years. But, with Marvel already announcing sequels and prequels for some of Marvel’s most beloved characters there are several films that we know are in the works.

So, for today’s Who’s Your Favorite? I decided to ask you which future Marvel movie you’re most excited to see. And just in case you forgot, here they are.

Black Widow may not have had the role we were expecting in Avengers: Endgame but we’re going to get all of the Black Widow action we could ever dream of in the Black Widow film set to come out next May. And it’s starring some heavy hitters such as Rachel Weisz, Florence Pugh, and David Harbour.

The film, of course, is going to be a prequel and it’s currently filming as of this moment. Exciting! Kevin Feige has already expressed the thought process behind the making of the prequel and I am already fascinated. Here’s something he said a few days ago.

There’s a method to the madness. There’s always a method and doing things in an unexpected way is something we find fun. There are ways to do prequels that are less informative or answer questions you didn’t necessarily have, and then there are ways to do prequels where you learn all sorts of things you never knew before. I look at Better Call Saul as a wonderful example of a prequel that almost completely stands on its own apart from Breaking Bad because it informs you about so many things you didn’t know about before. So time will tell which way we’ve gone with a supposed Black Widow movie.

Um…okay, this film is going to be really amazing.

Eternals is also a new film currently under the works. A-List actors have already been confirmed for our newest Marvel obsession such as Angelina Jolie, Richard Madden, Kumail Nanjiani, etc. And the list is growing by the day.

Eternals is yet another prequel that will focus on a story that, according to Kevin Feige, will span thousands of years. Woah. That’s definitely new.

Guardians of the Galaxy Vol. 3

Guardians of the Galaxy: Vol. 3 was supposed to come out next year but after a bunch of controversy surrounding James Gunn’s Twitter account the movie was placed on hold for a while. Now with James Gunn back on board the movie’s back on track for a potential 2021 release and it’s set to be the greatest adventure/comedy we’ve seen so far with the galactic band of misfits.

With Thor joining the group, Gamora somewhere in the galaxy and Peter Quill desperately trying to find her, Adam Warlock’s very likely debut, and Rocket’s creator potentially coming into the fold, this movie is destined to be a fantastic ride.

Black Panther wowed the world with a powerful film that not only told an amazing story surrounding Black Panther and his fictional African paradise, Wakanda, but it managed to tell an impactful story featuring our real-life struggles. It was a beautifully crafted film that’s going to be hard to top.

We are, however, going to get a Black Panther sequel in the coming years and I’m sure Ryan Coogler has some surprises up his sleeve.

The last Doctor Strange movie came out in 2016. Most sequels take two to three years to come out but because Doctor Strange has had a heavy presence in the MCU he hasn’t needed a sequel. But a sequel is coming and it should be quite a doozy, with Mordo becoming his classic villainous self, the horrifying antagonist, Nightmare potentially coming into play, and who knows, maybe we can see the powerful Clea, Doctor Strange’s infamous love interest, finally enter the MCU.

Shang-Chi is another new hero that’s set to make a debut in Phase 4 of the MCU and it seems it will arrive sooner rather than later, as a lead for the film is currently being looked for and a director and writers are already attached to the project.

So, these are the currently confirmed movies that we will see in the coming years. Which of these films are you most excited to see?

For me, I’m frankly most excited to see Guardians of the Galaxy: Vol. 3. With Thor joining the team and the prospect of Adam Warlock’s debut on the horizon the thought of seeing this movie is growing more and more exciting by the minute. Plus, I just want to see more Rocket. I love Rocket.

I’m very excited to hear your thoughts in the comments below.