Gloria Ramirez didn’t know what she was doing. The thought of harboring Robin in the basement of her house was a good idea at first and then it dawned on her the risk she was taking. If whoever had tried to kill Robin realized he wasn’t dead they would try to find him and that meant she was willingly placing her family in danger.

Robin tried to dissuade her of her plan but as he lost consciousness and she was forced to drag him the final block to her house she felt an obligation to keep him from being killed. He was all Gotham had left. If he died, all hell would break loose and Gotham would become a lawless place. As long as he was alive there would never be complete chaos. END_OF_DOCUMENT_TOKEN_TO_BE_REPLACED

I’ve seen the Marvel movies from the early 2000s’. It wasn’t pretty. The X-Men films were received pretty well but films like Hulk and Daredevil were downright travesties to the eyeballs. So imagine my surprise when I watched Elektra last week and was pleasantly surprised.

Starring Jennifer Garner, Elektra is a very simple movie with a simple storyline but it was pretty well executed and interesting enough to have me invested in its one and a half hour runtime.

When the film ended I found myself more pleased with the film than Captain Marvel and Wonder Woman, which you may find shocking but is my humble opinion.

I’m sure there are a lot of people who disagree with me considering the film’s dismal 4.7 out of 10 stars on IMDb or its horrendous 11% Rotten Tomatoes score but like I said before, this is my humble opinion.

I thank you for reading and I hope you have a marvelous day. 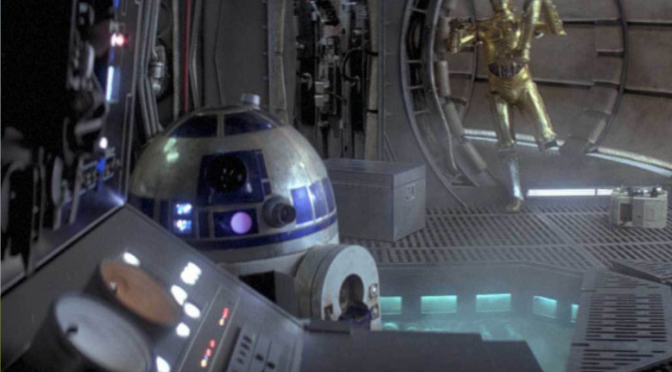 Star Wars is a wonderful franchise that has captured the hearts of millions of fans around the world and part of the reason why is because of the characters. Without those incredible heroes like Luke and Rey or the memorable villains, Darth Vader and Kylo Ren, these movies wouldn’t be half as entertaining as they are now.

Throughout the years there have been incredible character duos in Star Wars that have made the movies so much more fun to watch and today they are part of my weekly segment of Who’s Your Favorite? Here are all of the Star Wars duos (this is solely based on the movies.)

Finn and Rey have had quite the journey through the trilogy so far. In fact, their individual journeys ended up leading them apart for the majority of The Last Jedi. But when they are together it’s like a match made in heaven.

Before we were reacquainted with Han Solo and Chewbacca in The Force Awakens we were following the stories of youngsters Finn and Rey and they were so immediately lovable I didn’t even miss the Star Wars veterans. Their friendship is part of the reason why I love The Force Awakens so much and I can’t wait to see them have more time together in Episode IX.

END_OF_DOCUMENT_TOKEN_TO_BE_REPLACED

Yesterday I shared a post with you highlighting Enfys Nest in my new fanfiction series coming this December: QI’RA: A Rebel Rises. Today, I’m excited to share with you a picture drawn by my sister of Crimson Leader Qi’ra in all of her glory. Enjoy!

Writing Qi’ra’s story has been an absolute blast. I started writing her story in a fanfiction series I called If Only I Could Tell the Truth. It was a rendition of Solo: A Star Wars Story told through Qi’ra’s point of view, delivering a powerful story that featured Qi’ra in the greatest light.

It was through If Only I Could Tell the Truth that I fell in love with Qi’ra’s character. Being a femme fatale character, she is always on the fence of good and bad and there’s a darker side to her that isn’t delved into as much. I wanted to highlight that dark side and her evolution into the person that she is in QI’RA: A Rebel Rises.

This picture is a reminder of how far she’s come and the strength she emanates from the power she now holds as the leader of Crimson Dawn.

Starting tomorrow I will share with you my first fanfiction series featuring Qi’ra called If Only I Could Tell the Truth in anticipation of QI’RA: A Rebel Rises. It highlights the beginning of her transition to becoming a woman bold enough to try and kill Darth Maul in my recently finished fanfiction series: QI’RA.

I’m very excited for you to read it and I thank you for reading this post. Have a lovely day and May the Force be with you.