Movie finales. It’s a hard type of film to make because there are so many expectations for a wonderful conclusion to a good story. I’ve seen plenty of movie finales. Return of the Jedi was the last movie of the Original Star Wars trilogy and while it was entertaining it was nowhere near as good as its two predecessors. Harry Potter and the Deathly Hallows: Part 2 is a worthy ending to the 8-part Harry Potter series but it wasn’t the best segment of the story and, is it just me, or was the final duel between Harry Potter and Voldemort kind of lackluster?

Revenge of the Sith was the final film of the Prequel Star Wars trilogy and while it was clearly better than its previous two movies the first two films weren’t that great to begin with. And The Dark Knight Rises was a decent superhero movie but compared to Batman Begins and The Dark Knight it clearly was the lamest of the three films. Even the final Godfather movie (which I haven’t seen) supposedly didn’t live up to the standards of its two predecessors. That leads me to the topic of this post.

The Return of the King and Avengers: Endgame were two massive finales to well-made stories. Avengers: Endgame was the conclusion of a twenty-one movie storyline that had been built over eleven years. Return of the King was the finale of a trilogy that spanned three years and it had a lot to live up to considering how good the first two movies were.

Both of these were not only highly-anticipated films but gained massive critical acclaim.

After watching Endgame in April I was very interested in comparing it to the Oscar-winning Return of the King. It’s been a few months since my last viewing of Endgame but it’s still very fresh in my mind. So after watching Return of the King for the first time in forever last night I was really able to compare the two films and it was very apparent which movie was clearly better.

Avengers: Infinity War was the perfect film to me but Endgame wasn’t. Its Time Heist storyline was slightly underwhelming because it was what I expected. The comedic aspect of the movie lasted for a large duration of the movie before the tone of the film tried to recapture that dire, slightly terrifying tone that Infinity War had but it arrived too late and didn’t last long enough. Return of the King never has that problem. 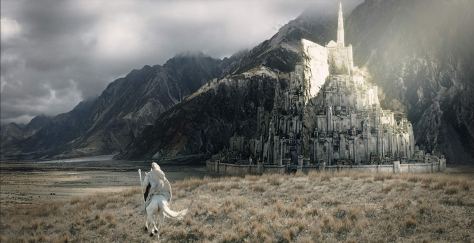 From beginning to end Return of the King brings the intensity and doesn’t let up. Peter Jackson takes this epic finale to new heights with fierce battles, triumphant moments for every single character in their own individual way, the music reaches its peak as it drives the story to unforgettable status, and by the film’s conclusion you feel like you’ve just witnessed a historical event that has actually taken place long ago.

Unlike Endgame, there are no on-the-nose moments like the all-female Avengers charge sequence. Characters in The Return of the King get their time to shine but it doesn’t feel forced or like a statement to Hollywood. It feels natural and actually really beautiful.

I’m talking about Eowyn’s confrontation with the Witch King, Sam’s choice to carry Frodo up Mount Doom when Frodo couldn’t find the strength to climb the perilous mountain, or Legolas taking down the oliphaunt singlehandedly. These scenes are powerful moments you expect from a finale that most trilogy finales don’t have.