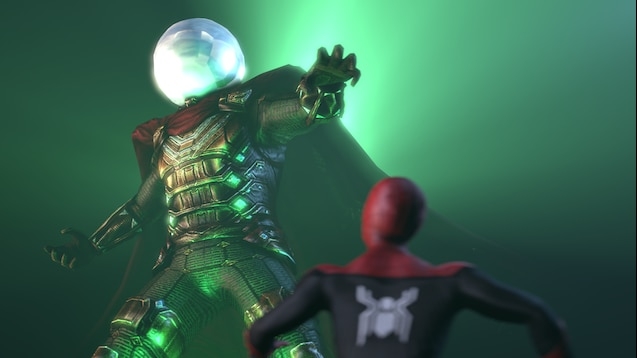 Every superhero has an archnemesis. Superman has Lex Luthor. Batman has the Joker. Captain America has Red Skull. Iron Man has…well, I guess, Whiplash or whoever. Black Panther has M’Baku or Erik Killmonger. Thor has Loki. And so on and so on. But Spider-Man. Spider-Man has a bunch of antagonists who are all equally fascinating. In fact, Spider-Man has my favorite superhero villains, by far.

Every antagonist that he faces is at the nth degree of coolness and so today, I wanted to rank all of Spider-Man’s villains (that I know of.) Enjoy!

Jamie Foxx was cast as Max Dillon/Electro in The Amazing Spider-Man 2 and while the character in the comics and cartoons is really cool, the big-screen adaptation of Electro was pretty horrendous. In fact, he’s my least favorite superhero villain in a movie of all time.

Jamie Foxx is a great actor but not even he could inject anything good into this role.

My first introduction to Tombstone was via Spider-Man: Into the Spider-Verse and he was expectedly interesting. I would like to see him again in further stories.

I was also introduced to Scorpion for the first time with Spider-Man: Into the Spider-Verse and I thought he was a very cool character. Spider-Man: Homecoming also teased Scorpion’s debut in the MCU via post-credit scene, which could be interesting for Spider-Man 3 come 2021.

I didn’t know anything about The Vulture until Spider-Man: Homecoming but I immediately liked the character a lot. Plus, Michael Keaton in the role was a great casting choice. Hopefully, he returns for revenge in Spider-Man 3 as part of the Sinister Six.

I loved the Green Goblin as a kid. I love this character as an adult.

I never could distinguish the difference between Hobgoblin and Green Goblin but after some recent research, I’m definitely a Hobgoblin. Him and those exploding pumpkins.

I loved The Prowler in Spider-Man: Into the Spider-Verse. His design was very cool and his skills were rather impressive. He’s one of the reasons why I love the film.

Kingpin is iconic for a reason. I thought he was such an awesome character as a child and even his smaller role in Spider-Man: Into the Spider-Verse was special.

Venom vs. Spider-Man is going to happen. It’s just a matter of when. That’s going to be one of the greatest showdowns on the big screen, for sure. But even before that imminent duel of the ages, Venom is just cool as he is. Sadistically, horrifically cool.

I knew next to nothing about Mysterio until Spider-Man: Far from Home and I was subsequently blown away. Jake Gyllenhaal’s role as Quentin Beck was perfect casting and his ability to distort reality through special effects was unlike anything I’d seen before. I’m hoping my theory that he’s actually still alive and will return for revenge in Spider-Man 3 as an asset to the Sinister Six will be true because that will be VERY COOL! 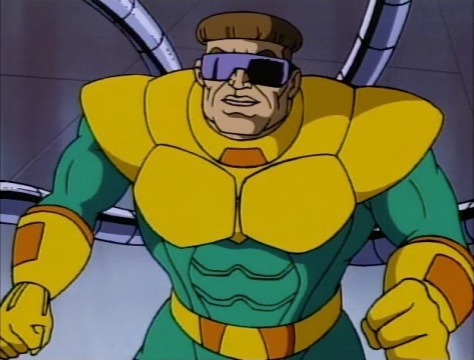 Yep, Doctor Octopus is hands down my favorite Spider-Man villain. There’s no reason why he’s my favorite other than the fact that he has always made me so happy since I was a little girl. I’m hoping we get to see Doc Ock in the MCU because that would be fantastic!

So, this is how I rank Spider-Man’s antagonists. This was such a fun post to write.