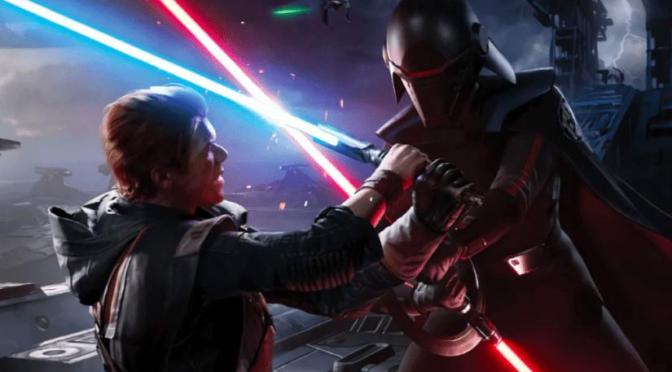 For the past couple of months, the buzz around Star Wars has been something else. First, there was The Mandalorian which grasped the hearts of millions with its incredible storytelling and fascinating new characters. And then, shortly thereafter, the highly-anticipated game Star Wars Jedi: Fallen Order arrived, sending Star Wars fans into even happier pandemonium. I heard the excited chatter and was thrilled to one day play the game.

Nine days ago we finally got the game and it wasn’t long before we got to work. In short, the experience was thrilling. The story was engaging, the thoughtful combat style is very difficult and sometimes maddening (in a good way), the graphics are well-done and at times one can easily just stand in an area and stare at the impressive surroundings. So…where’s the catch, you may ask?

Well, as someone who was expecting a pretty fantastic story, Star Wars Jedi: Fallen Order‘s story campaign fell a little flat at the end, leaving one feeling hollow and confused by the game’s conclusion. And because the game is designed as a giant story like Star Wars: The Force Unleashed, with elements of exploration that can give you some pretty cool stuff along the way, it’s disappointing knowing that the story did not conclude in the way that I was expecting…or hoped.

However, don’t let me paint a dour picture because the game was and still is very fun. Combining elements from the Tomb Raider games and Assassin’s Creed games, Star Wars Jedi: Fallen Order is a very replayable entry for your XBOX One and PS4 excursions. The most redeeming quality of this game truly is the difficulty.

I’m right now on the normal setting and barely getting through fights with the CPU characters. To imagine playing on the two harder settings seems preposterous at the moment but I am determined to one day be good enough at the game to play it on the uber hard Grand Master setting.

I’m giving this game 8 out of 10. It’s totally worth playing and undoubtedly the best Star Wars game that I’ve played, by a long shot, but the story felt a bit rushed at the end…unfortunately.