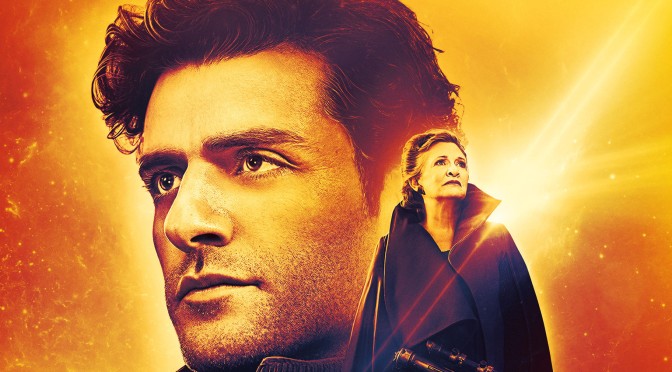 (Present day: I called it. Before The Rise of Skywalker came out, before the Reylo phenomenon was ultimately confirmed via smooch toward the conclusion of the movie, I had predicted that Rey was in love with Kylo Ren. This post details how I determined this shocking truth.)

Before The Mandalorian, before Star Wars Jedi: Fallen Order, before the biggest event of the year for Star Wars fans, Star Wars: The Rise of Skywalker, we have Resistance Reborn, a novel set shortly after the events of The Last Jedi, featuring General Organa, Rey, Poe, and Finn in an adventure to restore the Resistance to glory before the events of The Rise of Skywalker. It’s a must-have prequel to the movie Star Wars fans are counting down the days for and yesterday an exclusive excerpt was dropped on starwars.com to get us pumped for the novel.

Of course, I read it, and it was expectedly thrilling but there was something very blatant that I gleaned from a certain section of the excerpt that caught my very rigid attention. Here it is.

Rey shifted in her seat, eyes on everything but Leia. My, but this girl was nervous. She hadn’t seemed this nervous when they’d met earlier. But so much had happened since then, or maybe she just had something on her mind.

“I heard you talking to someone,” Rey said hastily. “Did you finally get through to our allies?”

“Not yet,” Leia confessed. “That call was from a couple of pilots I have scouting, but, and I hope this doesn’t come out wrong, we need more than pilots. We need leadership. Pilots are crucial, but the First Order took Holdo, Ackbar, others.” She sighed, the grief heavy in her bones. Leaders she had called them, yes, but also friends. People she had known most of her life, now gone. “We need strategists, thinkers, those with the means and will to lead us forward. To inspire others to do the same.”

Finally, Rey met her gaze, a question lurking there. Perhaps she wants to talk about Luke, Leia thought. We spoke of him, but briefly. Just an acknowledgment that he was at peace in the end. But then Rey said . . .

Ah. Leia nodded and drank from her now cooling cup. Rey squirmed uncomfortably in her seat.

“What happened to him?” she finally asked. “I mean, how did he turn to the dark side? He started in the light, didn’t he? He told me a story about Luke, about his training.” She exhaled. “I guess I just want to understand.”

“I think you would have to ask Ben what happened to him.”

Rey’s face fell, and Leia could see the pain etched there. The girl cared about Ben, and he had disappointed her. “Ben has made his choices,” Leia said. “No one can save Ben but himself. And I don’t know if that is what he wants.”

Rey nodded, a sharp dip of her chin. “I know that. I mean, ratio­nally I know, but I guess I held out hope.”

“Hope is good,” Leia said, her voice gentle with understanding. “Hope is important, and sometimes it is all we have. But,” she said, smiling, “what does hope have to do with being rational?” She held out her hand and Rey leaned forward and took it, pressing her palm to Leia’s and squeezing.

“I don’t know how I’m going to do this,” Rey whispered quietly.

“But you will do it,” Leia said, her voice a little louder, filled with a little more steel. “And you won’t be alone. We will be here with you.”

Rey seemed to steady, and a smile blossomed briefly, her first since she’d arrived. 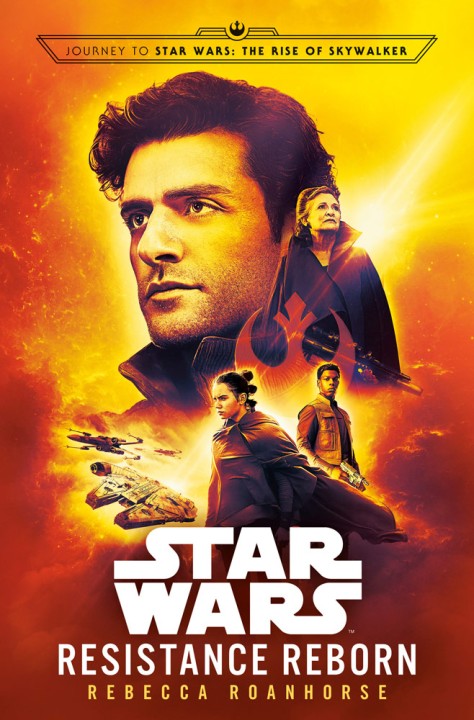 What makes this excerpt so tantalizing is one very plain fact that is kind of startling when I think about it but totally makes sense the more I think about the events of The Last Jedi.

In this excerpt, Rey is distracted by her thoughts of Kylo Ren. I mean, she literally cannot stop thinking about him even though the last time we saw them together in any sort of scene she seemed to shut him off as she closed the Millennium Falcon door.

Rey has fallen in love.

Yeah, I said it. Rey has fallen for Kylo Ren. It’s why in this excerpt she seems so miserable, so unable to stop thinking about him and why he decided to stay allegiant to the dark side of the Force. It even says it in the excerpt!

(Rey’s face fell, and Leia could see the pain etched there. The girl cared about Ben, and he had disappointed her.)

Rey loves Ben Solo, whether she wants to believe it or not. 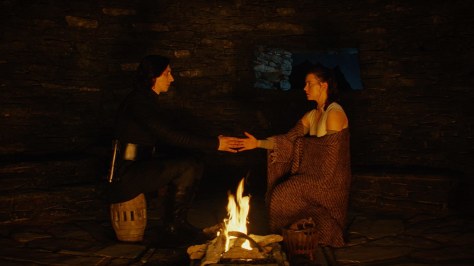 When this moment in The Last Jedi happened, when she opened herself up to Kylo Ren in such a vulnerable way and allowed him into her very soul via The Force, they instantly connected in ways that only the deepest soulmates can.

We thought that Rey cut her connection with Kylo but apparently, their connection is still very intact. How do we know, in this excerpt, that she might not have possibly seen him again through another Force connection since they escaped Crait in The Last Jedi?

Everyone is saying that Rey and Kylo Ren are not exactly enemies in The Rise of Skywalker but instead have a “complicated” relationship.

They are on opposite sides of the fence with so much pressure being thrown at them by the people who have placed their hope in them to essentially…fight. And fight they shall, but there’s something greater at work here. Balance will be found, through them, and the undeniable love that they both share. It’s only a matter of time before they accept that they’re in love and get it over with for crying out loud!

I thank you for reading and I hope you have a fabulous day. May the Force be with you.