There’s a consensus going around that Disney+ isn’t exactly worth owning after The Mandalorian‘s first season came to an end but I would like to say otherwise. Disney+ is an absolutely essential streaming service to have, specifically if you have children. This service has SO MUCH.

From Disney animated classics, all of the Pixar greats, Star Wars galore, and PLENTY of Marvel content, but what has struck me the most and has actually become my favorite category on the streaming service is National Geographic.

There is so much content we’re still discovering under National Geographic and so much of it is actually REALLY interesting. Such as the nature show, Hostile Planets, narrated by Bear Grylls. The show taught me a lot and showed me things I’d never seen before, which is rare among these nature shows that seem to show the same thing over and over again.

There’s also another really good show called One Strange Rock featuring Will Smith that showcases the amazing phenomenons about the planet we inhabit called Earth. And that’s just the tip of the iceberg.

Disney+ has not only been a vessel for sheer entertainment but it’s managed to educate me about things I previously had no idea about, making this streaming service far greater than I ever could’ve expected.

If you’ve been on the fence on owning this service I highly recommend it. There’s a lot to love on this service for all ages and that’s what makes Disney+ so special.

Another week has passed and it’s time to see which two pieces make the cut for this Wednesday. Enjoy!

A Painting of a Loth-Wolf

March 5 has been dubbed by Star Wars fans as #RebelsRemembered Day in honor of Star Wars: Rebels, one of the best television shows I’ve ever seen. On that day, my sister decided to commemorate the moment with this stunning picture of a Loth-Wolf. I wasn’t the only one blown away by the piece, many were utterly stunned, including Freddie Prinze Jr. (he voices Kanan Jarrus in Star Wars: Rebels) who happened to like the piece on Twitter. (😱)

So yeah, I had to highlight this incredible rendition of a Loth-Wolf this week.

The Power of Storm

Storm is and will always be one of my favorite, if not my favorite, Marvel heroines of all time. Whenever my sister takes time to draw her I am ALWAYS impressed but this, this was at another level of awesome. The power that exudes from Storm in this picture is not only impressive but slightly terrifying, which is perfect because lightning is part-mystifying, part-horrifying. I HAD to share this. Period.

Ooh, I can’t wait to share two more pieces next week. Until then, this has been so much fun to once again showcase my sister’s work. 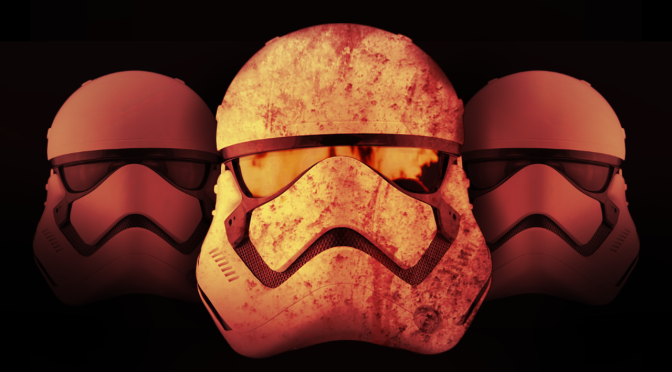 After FN-3043’s short yet inspiring speech to avenge his fallen stormtroopers he rose to his feet. FN-1217 and FN-2358 exchanged surprised glances. With a smile, Two-Three flicked a strand of dark hair out of her slanted eyes.

Securing a firm grip on her blaster she said, “You’re scaring me Double-Three…” she grinned, “But I like it.”

Seventeen’s dark-brown face lit up as he chuckled. “And I thought I was the tough one.”

An explosion in the near distance shook the ground, lighting up the night and reminding them of their grim situation. 3043 waved at them.

They ran towards the forested war zone where they found stormtrooper corpses littered with pockmarks.

The first rule as a stormtrooper was to never remove or be seen without a helmet unless in his or her quarters. It was a stern rule ordered by their commanding officer, Captain Phasma, that if disobeyed could garner brutal consequences. When the troopers’ helmets were restored they hurried to the fray.

Laser fire darted across the battleground in what felt like all directions, making the scene all the more chaotic. But FN-3043 was not fazed. And neither was FN-1217 and FN-2358. As they huddled behind a partially burning First Order transport Seventeen was the first to speak.

“You remember what they taught us in training?”

With cries of defiance, they emerged from hiding and began the drill.

Together they sent a barrage of blaster fire that caught the converging enemy completely unaware. As the native gungans were downed the surrounding troopers were able to retreat wounded soldiers while aiding 3043, 1217, and 2358.

3043 looked around and couldn’t believe his eyes as his fellow troopers took on the enemy with renewed gusto. He couldn’t contain the laugh of excitement that bubbled forth.

And then there was a sound. The trembling noise of a giant footstep.

The troopers looked up toward the trees that loomed overhead and saw, with great dismay, a gigantic creature with talons ten feet long and a maw large enough to devour a small house stepping forth.

With a mighty roar that shook the very air FN-3043 gasped.

“I have a bad feeling about this,” was all he could whisper. 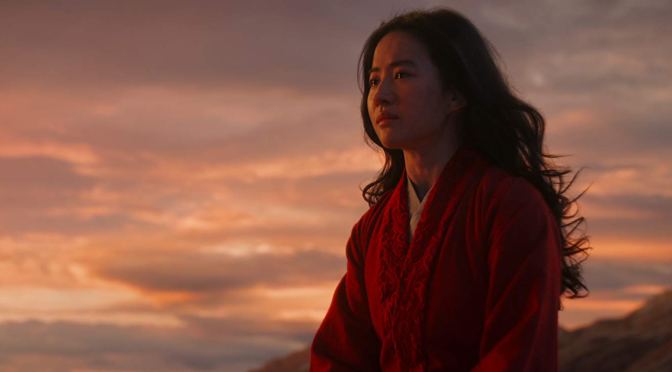 Mulan is the latest live-action Disney adaptation to hit theaters and I am beyond excited. The animated classic is easily one of my favorite Disney films as it showcases a powerful heroine doing what is right to save her country. When I learned it was being adapted into a live-action film I was beyond excited. The trailers and tv spots have only increased my excitement, and so have the first reactions. Here they are.

#Mulan is the best of the Disney live-action remakes since Cinderella — I didn’t even miss the songs. Finds new notes in a story we already know while delivering gorgeous action, heart, and humor. Liu Yifei is 🌟💥🔥

#Mulan is absolutely fantastic. Different enough with great action scenes, but with the heart of the original film. It doesn't even matter that it's not a musical. If you're a fan of the animated, there are subtle nods to many of the songs. Can’t wait to see this again.

But not everyone is as enthusiastic as these three. END_OF_DOCUMENT_TOKEN_TO_BE_REPLACED