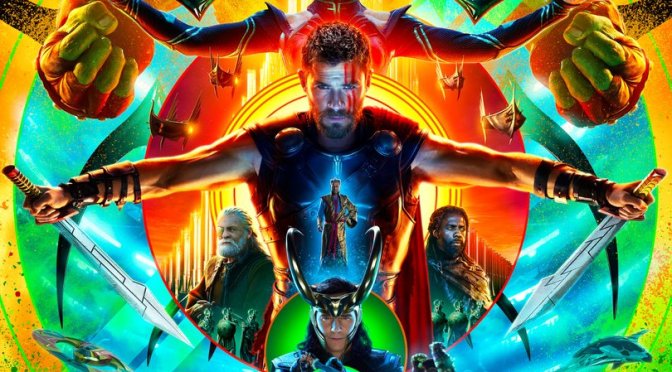 So Comic-Con is officially over and there were a lot of announcements from Marvel and DC Comics. In terms of Marvel, the cast for Ant-Man and the Wasp was revealed, Captain Marvel is going to be an origin film set in the 90s’, and Black Panther released a little bit more from the movie. DC Comics showed off the new outfits for the heroes in Justice League, they announced that their next movie after Aquaman next December will be about Shazam, and they showed a short clip from the actual Aquaman movie. But what was, of course, the biggest reveals were the trailers. I’ve seen them and I have to say they’re pretty good. The first I’m going to show is Justice League. Take a look:

Here’s what I think about this trailer. It’s good, there’s no denying that. You’ve got Wonder Woman fighting Steppenwolf, the main villain of this film, you’ve got Aquaman looking awesome, there’s Cyborg hacking Batman’s ship, Batman driving his batmobile, and Flash, well, running fast. And there are lots and lots of explosions. That’s all good and well but unlike Marvel, once again, it looks like DC Comics is going back to their old ways in terms of their storylines. This is where things go wrong.

When The Avengers came out you already knew every single character and what their values were. The Avengers didn’t have to introduce anybody and make us understand who they are whereas Justice League seems to be rushing things. Batman vs. Superman should’ve come out after Wonder Woman so we understand her and just exactly who she is instead of going the other way around. Now the Justice League is not only going to have to juggle a supervillain who wants to destroy Earth but also the storylines of three characters who haven’t been introduced yet. That’s like bringing out Batman vs. Superman before Man of Steel. Things wouldn’t make sense. This is how the movies should’ve cranked out: Man of Steel, Wonder Woman, Batman vs. Superman, Aquaman (if it’s an origin story,) The Flash (if that is also an origin story,) and then finally Justice League because I don’t think there’s going to be a Cyborg movie. That way by the time Justice League finally did come out, like The Avengers did, I’d know every single character and would be excited to see them team-up. Unfortunately, that’s not the case and so I just have to hope our introductions to Aquaman, The Flash, and Cyborg won’t distract from the story.

Besides those few things, I liked the trailer. The movie is going to be visually stunning, especially in IMAX. The action scenes are going to be very entertaining, no doubt about that, and simply mind-boggling. And yes, Superman will return which isn’t that big of a surprise considering that they showed the dirt rising off of his coffin at the end of Batman vs. Superman. Was there anything special about this trailer? No. It was the same as the teaser except longer. I’ll still go watch this movie though just because it’ll be better to see it at the movies than at home. I’m just hoping that it won’t be as confusing as Batman vs. Superman was.

Now I’m going to talk about this new Thor trailer.

Here’s what I have to say about this trailer…it’s going to be so much fun!!! This is the Thor movie I’ve been waiting for. It’s got humor, it’s got epic new characters, it’s got vibrant colors, and it has Thor with short hair, that’s pretty perfect. I am so excited to see this movie. Unlike Justice League, there is nothing I dislike about this trailer. Maybe it’s because Marvel has programmed me to like their movies more or maybe they’ve just figured out a formula that people enjoy. Whatever the case this trailer has only increased my excitement for Thor: Ragnarok. And guess what? Doctor Strange is literally in this movie too!!! How much better can this movie get?

There are three aspects of this trailer that I really liked. First of Valkyrie looks like an awesome heroine. She’s tough and sassy and she’s got a pretty cool outfit. The fact that Marvel took the progressive route and made Valkyrie, who was originally a blond-haired woman, a woman of color is really awesome. It shows that they have responded to the hunger for diversity in films and have cast accordingly.

Secondly, I’m loving the colors of this movie. I’m guessing after Guardians of the Galaxy‘s booming success they decided to put Thor in that same genre, except it’s more epic. He already had some amazing worlds in his movies but now it looks like they’re making a story to match.

And finally, there is, of course, the Hulk. First of all the CGI for the Hulk looks so much better than when we last saw him in Avengers: Age of Ultron. And he talked. Hulk talking is one of the funniest things I’ve ever seen. That last scene of the trailer was kind of awkward to watch because it’s the Hulk…talking. I now know something about the giant green rage monster that Tony Stark so eloquently called him. He loves fire. How obvious.

I’m sorry to say it but Thor: Ragnarok had my favorite trailer. I really want DC Comics to make a movie that’ll blow my socks off but besides Wonder Woman none of their movies have reached the standards of Marvel yet. Of course, Marvel is light years ahead. They’ve already made the mistakes DC is making right now. And now they frankly can’t catch up because the next couple of years are going to be jam-packed with epic Marvel films.

Well, that’s my post. I hope you’ve enjoyed watching these trailers as much as I have. Now I’m just waiting until Marvel releases the Avengers: Infinity War trailer. I’ve actually seen the trailer due to it being leaked online today but it wasn’t very easy to see so I’ll just wait until the official one to write a post about it.

Until then thank you for reading and have a wonderful day.