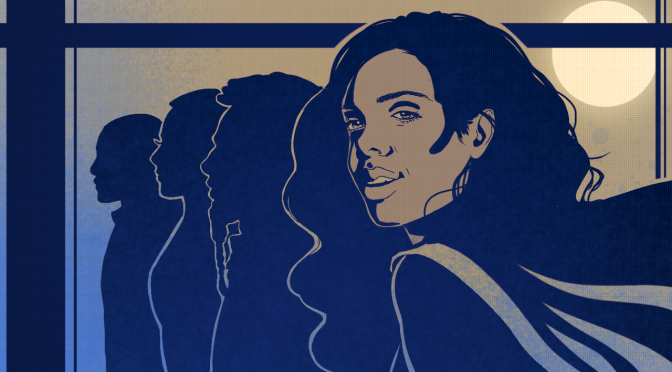 On any other night, the storm would’ve sent the Asgardians hurrying into their homes to take shelter from the relentless rain that poured upon the city. But this was no ordinary evening. The Test of Valor would crown a king and every resident in New Asgard, young and old, wanted to see who that would be.

That’s why, even as lightning flickered overhead and thunder crashed ominously, the Southern Cliffs were packed with families awaiting a showdown of the ages.

Grunt stood as proudly as ever, clad in his patented thick fur vest, his massive arms rippling with muscle as he crossed them over his broad, bare chest.

Hilda looked like a traditional Asgardian warrior clad in scaled copper armor while holding a deadly looking ax over one shoulder. Her red hair was tied back in a braided design.

There was Maan dressed in black leather that accentuated his lean figure. His body was covered in weaponry, swords, daggers, and whatever other sharp objects he had stored in secret holsters.

And then finally, there was Valkyrie, expectedly heroic-looking in her armor of the Valkyrie and the blue cape that flowed behind her in the wind. Many of the cheers from the spectators were pointed in her direction, slightly upsetting Grunt.

He sneered at Valkyrie.

“They won’t be cheering for you much longer,” Grunt hissed at her.

She looked up at him. “Get over yourself.”

And then, through the storm, appeared Volmas, the elder Asgardian who had deemed the Test of Valor the only way this dispute brought on by Grunt a sensible way to crown a King.

Despite being a small and particularly unassuming lady she looked grand for this event, wearing a golden gown that gleamed in the darkness and a matching golden headdress over her greying head. In her hand, she wielded a simple wooden staff but encased within a hollow at its tip lied a gleaming amber jewel that flashed with light from the flashes of electricity that coursed overhead.

The crowd quieted as she approached the circle, waiting for the words that would cause the Test of Valor to commence. Valkyrie remained vigilant just in case the hulking brute to her left, Grunt, got any funny ideas.

Volmas reached the center of the circle, raised her staff skyward and with a resounding boom of power flame engulfed her, shocking the crowd, before exploding outward, tracing four lines in the cliff that blazed with glory, warming everyone with its intensity.

“Challengers, assume your positions at the end of the lines of fire!” her small voice echoed across the cliff.

Valkyrie never took her eyes off of Grunt as she walked to the farthest line on the eastern side of the cliff. The side of the cliff that, if unlucky, she could tumble to the roiling ocean below. She chose the most difficult position for a reason, for she wanted to show the Asgardians that she wasn’t afraid of a challenge and as King would never be afraid of whatever her people could face. When they assumed their positions as Volmas had directed the elder raised her staff once more.

The flames forging the lines that made a burning X on the cliff floor seemed to respond, rising several inches, creating a small wall between each of the challengers.

“The Test of Valor has begun!”

With that, she backed away, leaving the clearing amidst the thunderous applause of the Asgardians. Valkyrie’s heart pounded in her chest as she watched the challengers closely, waiting for their first move. And then, seconds later, Grunt charged her.