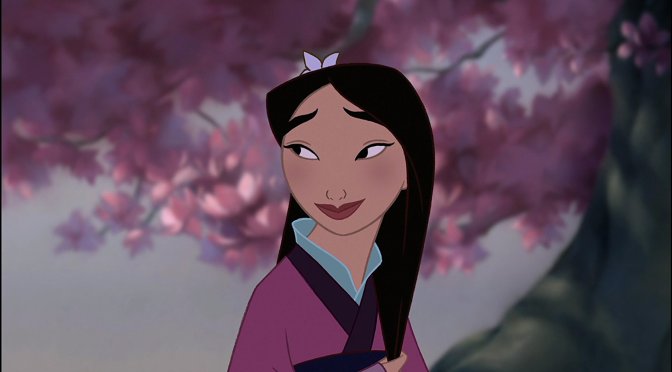 One of the reasons why I love animated Disney movies so much are the classic songs that fill you with happiness and cover your arms in goosebumps. Those songs are what make movies like The Little Mermaid and Aladdin so incredibly memorable and enjoyable. Without these glorious songs I don’t think those movies would be quite as magical as they are still to this day. So, since I was thinking about Disney songs today, I’m going to share with you the ballads that make me the happiest and urge me to sing along. Enjoy!

Who doesn’t love “Under the Sea?” I have never seen The Little Mermaid and yet this song is so amazing and fun to sing that I know it almost entirely by heart. Especially the last section of the song. It’s absolutely brilliant and it reminds me every time I hear it why I love Disney so much.

“When You Wish Upon A Star”

This just might be one of the most beautiful Disney songs ever created, for its inspiring lyrics and melodic tone is legitimately lovely. This is definitely one of my favorite Disney songs.

One of the reasons why Frozen was such a magnificent film was because the songs were actually really great and this is undoubtedly my favorite of them all. I have memorized all of the words and I sing it all the time just because I love it so much. Now, I’m not as great a singer as Idina Menzel (not in the slightest) but I do try my best. *sheepish grin*

I’ve only seen Aladdin once as a child but I had the soundtrack which possessed all of the songs and I loved them all. This, however, was my favorite song of the bunch because it’s just such a fantastic song. I hope that the live-action version of this Disney classic will turn out to be just as magical as the animated film is and I hope they can find a way to perfectly remake that glorious song. That’ll be pretty awesome.

“Beauty and the Beast”

I don’t know why but this song is so beautiful that it literally makes me tear up whenever I hear it while watching Beauty and the Beast. I know all the words, I sing it to myself when I’m doing chores (in fact, I sing all of my favorite Disney movie songs when I do chores) and this is one song that is truly outstanding.

I don’t know how they keep doing it but the Frozen franchise has some of the best Disney songs in the company’s history. “Show Yourself” is a powerful song that can invoke tears and will definitely strike up some goosebumps on your goosebumps. This song is INCREDIBLE!

“The Circle of Life”

I. Love. This. Song! Not only is it beautiful but it covers me in goosebumps every time I hear it because it truly is that powerful of a song! Before Black Panther there was The Lion King and this song sums up the sheer grandeur of the movie in a minimum of four minutes.

This is one of those magical Disney songs that I completely forgot about until I watched Tarzan recently and when I heard this song, oh my goodness, I literally got teary because I was so happy to hear it again. This song, as a child, filled my mind with imagination and the sheer happiness that not a lot of other Disney songs have provided me. I would say this is my favorite Disney song but the next one is just 100% superb.

“Colors of the Wind”

Gosh, I love this song. It’s beautiful, it’s magical, the lyrics are perfect, and it is undoubtedly one of the greatest Disney songs ever made.

This is hands down one of my favorite Disney songs of all time. I had a CD that I used to play as a child that would play all of these different Disney songs and this was one of them but as I grew older I stopped listening to the songs and I ultimately forgot “Reflection” even existed. Earlier this year I watched Mulan after not having seen it in I think, thirteen years or so, and when I heard this song I was transported back to my time as a little girl singing along with the song and dancing in my room.

Well, these are my favorite Disney songs. I hope you enjoyed reading this as much as I had an absolute blast sharing with this you and I hope you have a magical day.

2 thoughts on “My Favorite Disney Songs”