It’s Saturday and it’s always fun on the weekends to watch a great movie. Now, more than ever, as we must find time indoors due to COVID-19. Each Saturday I’m going to share a film that has managed to impress me in all possible facets as that week’s Movie of the Week and for this first segment of this brand new series I have picked Last Action Hero, the best highly underrated Arnold Schwarzenegger film of all time.

I have seen this movie at least four times and with every viewing, I have a smile on my face, I hear a new joke, notice a new thing and am always covered in goosebumps and ridiculously pleased by the film’s conclusion. Here is the film’s synopsis.

With the help of a magic ticket, a young movie fan is transported into the fictional world of his favorite action movie character.

Directed by the man who gave us Die Hard, John McTiernan, this movie is fantastic. It is almost a comedy spoof-type film as it picks on the ridiculousness of action movies. 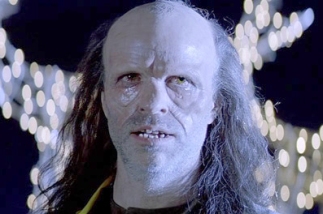 It has some of the greatest movie villains that I’ve seen with the super-cool henchman Benedict and ultra-creepy ax murderer who goes by the appropriate name, Ripper.

The film, which came out in 1993, would go on to be swallowed up at the box-office as it tried to contend with, at the time, the film that would go on to be the highest-grossing movie of all time, Jurassic Park. Last Action Hero also received a number of awful reviews from critics who deemed the movie as “confused” and “chaotic.”

I don’t know what movie they were watching because I find it to be highly enjoyable, as I said before, on all facets.

If you’ve never seen this film before check it out. It’s a perfect movie for a casual Saturday.

I thank you for watching and I hope you have a wonderful day.