I missed getting to this post yesterday so…here we go a day late. Enjoy!

A Portrait of Daisy Ridley

This is so pretty. I don’t have much else to say about it because what else can I say? It’s gorgeous, end of story.

A Haunting Image of Galen Erso 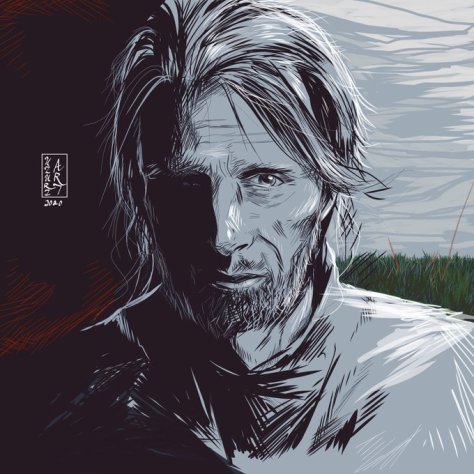 I have never seen a piece of fan art made for Galen Erso before and so this, this was amazing. I stared at this piece for a long while, utterly captivated by the darkness that this piece invokes. Galen’s story is tragic but there’s no denying that his heroic actions of deception would lead to a powerful victory for the Rebellion. Without him, the fate of the galaxy would’ve been a lot different.

A Comic Cover for Fennec Shand

Fennec Shand was an awesome addition to The Mandalorian. She stole the screen as she shot her rifle, kicked butt, and exuded coolness with every dreg of screentime that she had. My sister, by the request of one of her followers, created a comic cover for Fennec Shand and it is epic. So great!