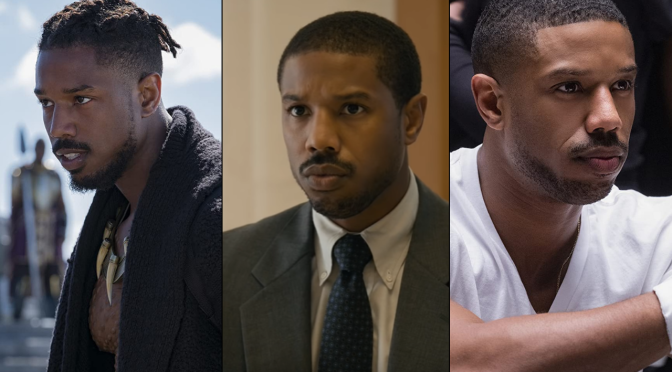 Michael B. Jordan, it’s a name that has grown more and more popular over the years as this young actor has managed to blossom into a true film star. My first real introduction to him was as Erik Killmonger in Black Panther where he blew me away by portraying a guy that didn’t exactly feel like a villain. In some cases, he almost felt like a hero as he fought and died (I hope he’s actually not dead) for what he believed in: liberating black people all over the world.

Shortly after I watched him in Creed where I was equally blown away by his powerful performance as the son of Apollo Creed. I followed the story, I fell in love with the character, and most importantly, I was super impressed in learning that he was one of those actors who can morph into different characters.

You know those actors that seem to be acting the same with every character and even though we may love that actor there is no true nuance. (Tom Cruise, Denzel Washington, Liam Neeson…lately, etc.) Michael B. Jordan isn’t one of those actors and the roles he has played have been absolutely captivating.

I loved his small role as the doting husband who mysteriously died in the cute Netflix show about a black boy who discovers he’s a superhero called Raising Dion.

His latest role as Bryan Stevenson in Just Mercy was the role that impressed me the most. He wasn’t a boxer or a superhero antagonist, he was a lawyer in a film that asked for powerful performances and he delivered. He should’ve been nominated for at least a Golden Globe but he wasn’t…unfortunately. 😢

But…there’s no doubt that his hunt for an Oscar nomination and potentially a win will continue over the years as he continues to deliver powerful performances.

He’s already slated for a third Creed movie and his next film will be the action/adventure flick called Methuselah. Could he return as Erik Killmonger in Black Panther 2 to fight alongside Black Panther against a greater threat? Oh gosh, I hope so.

All in all, Emmy-nominated Michael B. Jordan, is one to watch over the coming decades and I feel it won’t be long before he will be recognized for his role in a film that The Academy can’t ignore.

For the first time in my weekly segment of Fan Art Wednesday, I will be sharing a collection of work from artists around the world and their fantastic fan art for franchises that I love. So, with no further delay, here is this week’s Fan Art Wednesday. Enjoy!

This pencil drawing of Jack Sparrow is absolutely fantastic and seriously stopped me in my tracks. So cool! END_OF_DOCUMENT_TOKEN_TO_BE_REPLACED