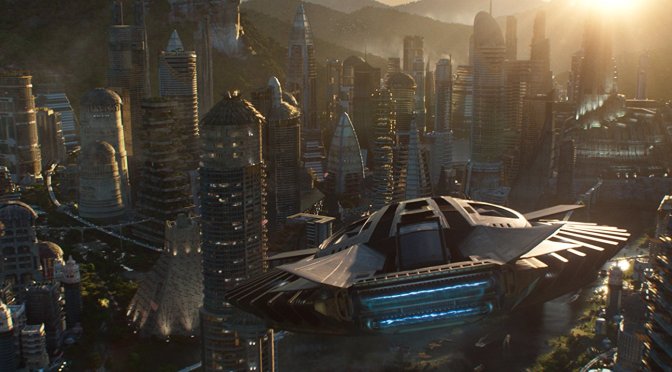 This is a repost sharing my love for Black Panther.

After recently watching Black Panther for the first time after owning Avengers: Endgame on Blu-Ray I was quickly reminded why this became the first superhero movie to garner an Oscar nomination for Best Picture. This movie is SO good, written with a deceptively complex storyline that pleases both the masses and the most snobbish critics.

The main reason Black Panther was so successful is that, while it definitely feels like a Marvel movie, the writers didn’t incorporate too much of the MCU into the film, which they easily could’ve done.

Like Guardians of the Galaxy, it stands in a realm all by itself with barely any outside distractions. There weren’t any last-minute save-the-days from a fugitive Captain America coming to help his newfound buddy, King T’Challa, against the tyrannical rule of Erik Killmonger. Falcon didn’t make any surprise appearances. And Bucky didn’t bust out of his medical-induced sleep to fight alongside his Wakandan friends. The only characters that were brought from the outside world were Ulysses Klaue and CIA agent Everett Ross, both of which weren’t very important characters in their general MCU debuts but became important pieces to this new story. I think this is the recipe for Black Panther‘s booming success.

Wakanda feels like another world that’s perfectly secluded for the film so that we get to enjoy the native and cultural significance oozing from the locations, clothing, and characters in the movie rather than having the more mainstream visual sights and characters barging their way into the film. And that also shows how superb a film Black Panther really is.

Even incredible Marvel movies like Thor: Ragnarok and Spider-Man: Homecoming had to incorporate crossover characters like Doctor Strange and Iron Man to truly make the films all the more enjoyable. T’Challa and the fascinating world of Wakanda was all Black Panther needed to create a movie so good it exceeded ALL expectations, including mine. And Avengers: Infinity War is a great example of this. 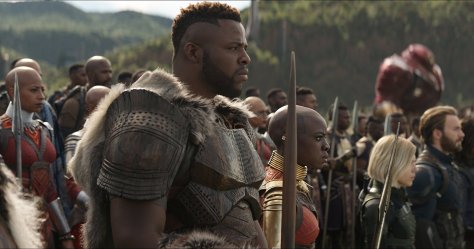 Having The Avengers and the war against Thanos come to Wakanda wasn’t a hindrance to the African nation but a bonus. Seeing Captain America and Black Panther fight side by side was the visual treat that I didn’t know I needed but now can’t imagine being without. Seeing the beautiful land of Wakanda being razed in the way that it did, however, was kind of heartbreaking, especially after what the cinematic triumph of Black Panther achieved by creating this magnificent world ruled by beautiful black people steeped in African lore and Afro-futurism.

All in all, I love Black Panther for so many reasons but the fact that I can watch it and that it still feels unlike the other Marvel movies is really it’s blaring triumph. I hope its sequel remains in this seclusive vein and doesn’t include any outside characters (unless they are brand new heroes being introduced into the MCU) because I enjoy following the story of T’Challa, Okoye, Shuri, Nakia, etc. without the distractions of other Avengers stealing their spotlight.