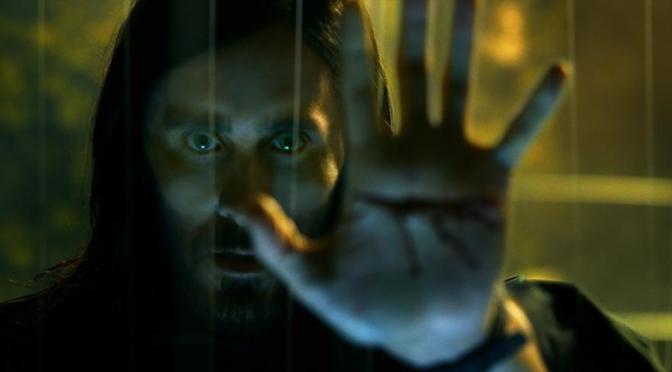 Like Venom, Morbius follows the story of a man’s evolution into a classic Spider-Man villain. But unlike Venom, which had big-name actor Tom Hardy at the helm, Jared Leto’s track record with comic book movies hasn’t been good.

In 2016, Jared Leto portrayed The Joker in Suicide Squad and he was HORRIBLE. He is considered by most, including me, to be the worst version of The Joker and since then Leto kind of disappeared. Well…he’s back…as a vampire…in a comic book movie. Here’s the trailer.

The thing that made me watch this teaser trailer with little enthusiasm was that it painted a very blatant picture that this movie is going to be, in lame terms, wack. There was a quick flash of the character who is undoubtedly going to be the villain to the villain; some white guy trying to look evil even though he came off as the classic corny antagonist.

In the end, we got a look at Morbius in full vampire mode and a shocking reveal that Michael Keaton’s Mr. Toomes is going to be in the film. It’s the first sign that the Sony and MCU Spider-Man-centric movies are indeed connected. That’s intriguing.

All in all, unless this film gets raving reviews, I will not be counting down the days to see this movie.