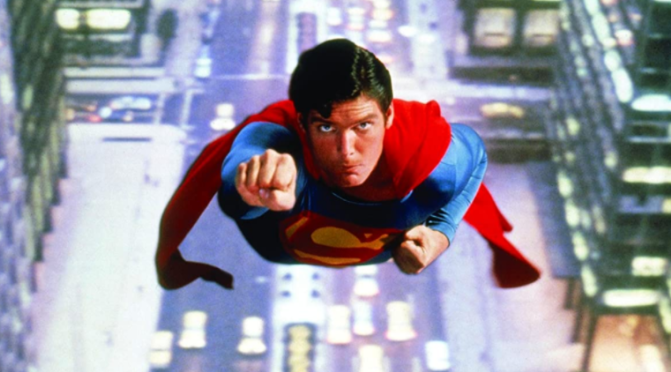 Well, this was my second time watching Superman. The first time I watched it I had to have been about seven or eight-years-old. My father showed it to me and I watched it with gusto. I honestly remembered practically nothing about the film except the traumatizing scene when Lois gets buried by an earthquake. That stuck in my psyche.

So yesterday, after a botched attempt to watch 2011’s Green Lantern my sister and I decided to sit back and visit an all-time classic, Superman. My feelings toward this movie are…mixed. I perceived Superman in a sort of reverse emotional basis that I did with the Captain Marvel film.

I find the first half of Captain Marvel unexciting and ultimately a bore. It is the film’s third act, however, that leaves beaming and exhilarated. For me, I found the first two acts of Superman charming, well-written, and overall fantastic. It was heartwarming, fun, and funny. In fact, my sappy self could barely contain tears as I watched Clark Kent and Lois Lane flying romantically in the sky over and through the clouds. However, it was the film’s third act that left me underwhelmed and very disappointed.

I was waiting for Zod to show up…he never did. Lex Luthor was a formidable villain but there wasn’t enough of his conflict with Superman. Superman’s saving California felt drawn out and I was just waiting for it all to end. And the fact that we didn’t get to see him tell Lois that he was Clark Kent was maddening. I understand that the sequel, Superman Returns, tackles these plot points such as his conflict with Zod and Lois learning of his being Superman but geez, I was waiting for that moment!

All in all, I’m glad I now fully know this film but man, I expected it to be better. But maybe that’s because I’m spoiled with modern superhero movies and Man of Steel (which I find much more entertaining.) I’ll give this movie 4 out of 5 stars and 85 out of 100.

One thought on “My Review of ‘Superman’”