Well, Star Wars has officially done it. They have created characters that I don’t like and they’re called The Bad Batch; a squad of defective clones with their own sets of special skills, personalities, and names that just irk the crap out of me. Yesterday the trailer for their animated series on Disney+ came out and I wasn’t impressed. Here it is.

I like seeing Rex, Fennec Shand, and Saw Gerrera in this show but now it feels like the cameos are just becoming a bit too obvious and forced these days. I understand that these stories continue to reside in the same storyline but it feels like Filoni may be grasping at straws to make us want to see this show rather than just allowing the show to breathe and introduce us to new characters.

Plus, the point of an awesome cameo is to not let us know these characters are going to be in the show so that we can stay surprised. But here’s the plot twist, right?

Somewhere toward the end of the series we’re going to be getting some Ahsoka, Darth Vader, and maybe even Palpatine cameos, right? That doesn’t mean I’m all of a sudden going to like this show.

Despite all of this griping, I will still be sitting down and watching this show on May 4 and beyond but my excitement level for a show is at an all-time low.

What do you think? Are you excited for The Bad Batch? Feel free to share your thoughts in the comments below.

I thank you for reading and I hope you have a tremendous day. May the Force be with you.

Before I delve deep into this review allow me to let you know that I watched this at home and not in theaters, so my experience may be tarnished by the fact that I didn’t have IMAX speakers pounding my ears with the massive sound effects. That being said…Godzilla Vs. Kong is my least favorite of the Monsterverse movies and here’s why.

Going into this movie I was not expecting some profound, emotional story with great character developments and scintillating action sequences. I was expecting the humans to be standing around looking dumbfounded as Godzilla and Kong beat each other to a pulp and destroy everything in their path. And that’s exactly what this movie gave us, but what this film lacked that the other movies didn’t was a slight likability to the characters and a fantastic climax.

Godzilla Vs. Kong focuses on Kong more than anything, delivering a brief skirmish between the title characters forty minutes into the movie before waiting about thirty-forty minutes to get to the part everyone was waiting for. The climactic battle takes place in Hong Kong where Godzilla and Kong go at it like there’s no tomorrow, treating the city like their own personal playground and demolishing it with no regret, leaving me to realize that millions of people were being killed meaninglessly and yet the humans that we supposedly care about never get harmed.

Of course, there’s always a bigger monster, that being Mecha Godzilla who Godzilla and Kong have to fight in order to retain their supremacy. Honestly, I just sat back and watched this movie with such a lack of interest or enjoyment that even I was a bit surprised at my lackadaisical nature.

I’ve seen Transformers movies far better than this and yet they got far worse Rotten Tomatoes scores. How is this any different because I found this movie to be on the level of Transformers: The Last Knight and I personally thought that was a slightly better movie (’cause I’ve seen it all the way through three times.)

All in all, Godzilla Vs. Kong will please moviegoers if they are looking for a mega monster mash in IMAX and others who watch it at home may enjoy it too but I personally was not a fan. 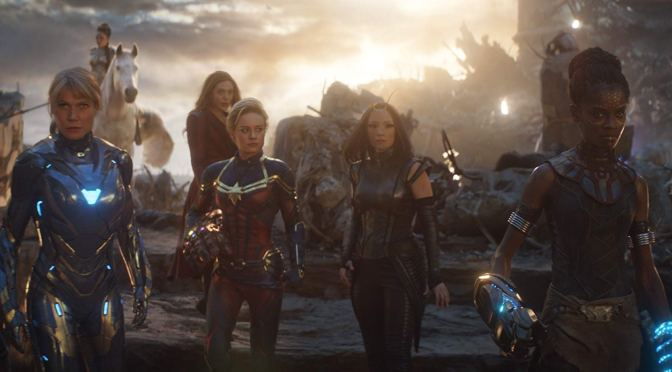 Marvel has a lot of characters and all of them have their own charm. To write these sort of ranking lists pertaining to the MCU is so much harder for me than something like Star Wars because I love so many of the characters but for now, I’ll give it a go. Enjoy!

Agnes a.k.a Agatha Harkness was an instant favorite of mine when she waltzed into Wanda’s life in the first episode of WandaVision and as the series continued and the mystery only deepened she only became more and more fascinating.

By the end, when she revealed herself to be a witch by the name of Agatha Harkness I just really, really enjoyed the character. I’m so relieved that they decided not to kill her off because I want to see her again in the future.

END_OF_DOCUMENT_TOKEN_TO_BE_REPLACED

Three days before The Falcon and the Winter Soldier released its season premiere I tweeted some predictions for what was going to happen in the show. So, considering that we’ve still got four episodes left and anything could happen, here is that tweet.

There it is. My prediction for the ultimate conclusion of this show. I can’t wait to see what happens in this series and what it will do for the future of the MCU.

It’s Monday and I’m in the mood for sharing some awesome fan art, namely fan art surrounding my new favorite Disney+ show (yes, even over The Mandalorian) The Falcon and the Winter Soldier. Enjoy!

Bucky! The color palette, the arm, the expression, that awesome jacket! This picture is beautiful, pure and simple. It’s undoubtedly one of my favorite Bucky fan art pieces that I’ve seen.

It’s Falcon and I’m so excited about it. The red, white, and blue is highlighted as the primary color of the piece but it doesn’t feel overwhelming or too on the nose. In fact, it’s just right! Plus, it just looks gorgeous.

In another two weeks I’ll share some more exceptional The Falcon and the Winter Soldier fan art from the incredibly gifted and always exceptional Uzuri Art whose Instagram is definitely worth a look. There’s some art on their page that will blow. Your. MIND!

James Gunn is making his own version of The Suicide Squad coming out this August and while we kind of revere him because of his work on Guardians of the Galaxy it seems that movie may have been a bit of a one-hit wonder.

Guardians of the Galaxy Vol. 2 isn’t nearly as good as the first movie because it features way too much hollering and too many dumb jokes that don’t really land that well. Now, he’s just released the trailer for The Suicide Squad and it just…didn’t make me happy. Take a look.

I understand that the whole idea of the Suicide Squad is wackiness and insanity but this just feels…a bit much. The jokes weren’t funny, just crude and gross. The characters don’t look that likable, if I’m being honest. And I just wasn’t impressed. The only positive thing I have to say about the trailer is that it didn’t show too much.

I think the only thing that’s making me want to see this movie is Harley Quinn who I think is such a fun character, and maybe the Polka-Dot Man, but besides that it’s pretty meh.

What did you think about the trailer? Feel free to share your thoughts in the comments below.