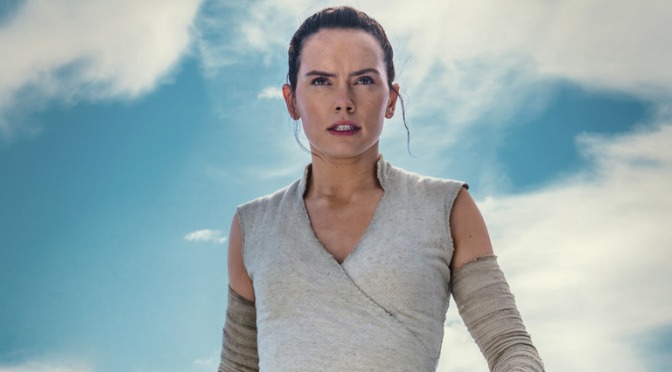 I did something the other night I didn’t think I’d ever do again. I watched The Force Awakens and The Rise of Skywalker in one night. And get this. I watched them back to back.

After being inspired to watch the Sequel Trilogy again after personally boycotting it for roughly half a year (that’s a long time for a diehard Star Wars fan like myself) I decided to bust out and watch The Force Awakens suddenly. As I watched the movie that used to be my daily get-away flick I found myself overcome by a sense of joy. Yes, at times I got a little bored (because I’ve seen the movie over a hundred times and that’s not an exaggeration) but overall, I just had fun watching these characters that I loved so much.

When the movie I was so overwhelmed with Sequel Trilogy magic that I decided to do something even more random; go straight to The Rise of Skywalker. Considering that the “final” film in the Skywalker Saga felt like it rescinded so many interesting threads left behind by The Last Jedi I figured it may be interesting to watch the two Abrams movies back to back to see what would happen.

At first the movies melded together seamlessly, leaving me rather surprised and elated. The movies, being very similar in tone, felt like true pairs of a set and I was just having fun. Then…after a while…the movie’s tragic display of stupidity began to tear my happiness apart until by the end I stopped the movie ten minutes before it ended. What kept me from finishing the movie, you may ask.

Well, it was a little after midnight and I was getting really tired, Ben Solo had just vanished unceremoniously after he and Rey ickingly smashed faces together for no one’s satisfaction other than the avid Reylo fans (everyone knows Rey and Finn should’ve been together!!!!) and I just couldn’t handle it anymore. Was I really going to watch her ignite her yellow lightsaber for no reason and then announce that she’s a Skywalker without that conclusion feeling deserved? Nope.

Instead, I went to bed.

I didn’t think I’d notice anything else to make this movie worse but yeah, I did.

You know that part when she’s training and then she gets pestered by Kylo Ren and has a vision? Well, in that vision, we see images of her as Empress Palpatine sitting on the throne.

It just dawned on me that this is the first time in Star Wars where a Jedi (or Sith) had a vision that didn’t come true. That’s not how visions in Star Wars work!

In The Empire Strikes Back, Luke saw a vision of his friends being in pain and that they were in trouble. Sure enough, they found quite a lot of trouble (and in Han Solo’s case, pain) in the Cloud City. Palpatine always had visions of Anakin’s eventual descent into the dark, which came true. Kanan and Ezra both had visions of their respective destinies and they embraced them wholeheartedly, thus rescuing Lothal from the Empire. And yet when it comes to Rey, when she LITERALLY sees herself on the throne as an agent of darkness , it doesn’t come to pass.

Why? Because Abrams coddled Rey and turned her into this Jedi goddess just so that Disney wouldn’t turn little girls’ favorite heroine into a monster. Spoiler alert girls, you have Disney princesses if you want inspiring role models to look up to. Besides, would I really want my daughter to look up to a woman who has an abusive boyfriend who is literally trying to kill her every other sequence? I don’t think so.

Rey should’ve turned dark and it would’ve saved the trilogy. She didn’t so….

Anyway, once again, I find myself getting distracted. In short, The Rise of Skywalker is a mess and yes, watching both The Force Awakens and The Rise of Skywalker back to back seems like a good idea…that is until the Rey/Ben romance starts coming into the picture, at which case you’ve desperately got to watch The Last Jedi.

The Last Jedi of course was the movie that made Reylo a thing thanks primarily to this scene and the one before it which featured sexual tension at its highest between these two characters. (I felt there was more chemistry here at this scene than the one where they kissed! That’s just me though.)

Without this important thread that rolls over into The Rise of Skywalker their aggressive flirting (because Kylo was totally still flirting with Rey, right) in the movie concluding with their eye-rollable staredowns and predictable smooch just unwarranted and weird.

Plus, Leia’s presence is most felt in The Last Jedi which is sorely missed when you skip it. Because her role is diminished in The Force Awakens if you go straight to The Rise of Skywalker it seems like she doesn’t really have any impact on the overall story.

Hence her sacrifice to save her son Ben and daughter-in-law Rey is…sad but ultimately I felt little emotion which was a bit shocking because that’s the only sequence of the movie that really touches my heart. Her sacrifice, Chewie’s wailing, and Ben’s redemptive moment with his father; that usually leaves me weeping quite profusely so the fact that I only shed a tiny tear when Ben had his “I’m sick of the dark side!” moment is saying something.

It’s also crucial to watch The Last Jedi to understand Poe’s journey and why he was such a reluctant leader in The Rise of Skywalker because clearly in The Force Awakens he was a bit of a bad***.

All in all, I’ll be watching The Last Jedi considering that I have watched The Force Awakens and The Rise of Skywalker. Got to finish the trilogy, right?

I thank you for reading and I hope you have a tremendous day. May the Force be with you.