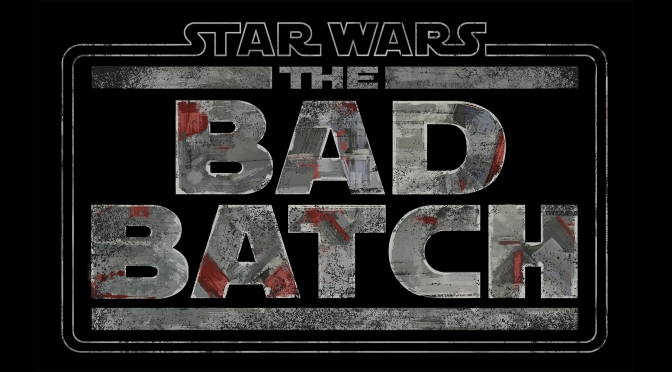 If you’ve been following my blog you will know that I have chronicled my growing disdain for The Bad Batch and their imminent animated series. I told you all that, because I am a Star Wars fan, I would watch the series regardless but I was less than excited.

So, yesterday evening I decided to finally watch it and what happened next shocked me to my core. The Bad Batch begins by coinciding with the horrific events of Order 66, adding a layer of depth to the series that I honestly was not expecting. The first episode is over an hour long, hence the fact that it felt like a miniature movie that never ended and what seemed like it was setting up what feels like one of the best Star Wars animated series ever created.

We’ve got 16 episodes to follow The Bad Batch and this story which is as intriguing as it gets. It only took about twenty minutes for the show to completely subvert my expectations and make me begin to actually care (and like) The Bad Batch; a squad of defective clone troopers that I had recently claimed as the characters I liked the least in Star Wars.

I can’t believe I’m saying this, but that first episode was already better than most of The Clone Wars final season and it was a powerful intro to these characters and this story. I don’t know how things are going to turn out, I don’t know where this story is headed, but if it is indeed setting up any sort of storylines for The Book of Boba Fett, Andor, Obi-Wan Kenobi, or Ahsoka, I will be very excited.

The next episode is on Friday and I am totally here for this series. I talked a lot of junk about this show and its characters but now I just can’t to see where this series is going to take us.

Have you seen the premiere of The Bad Batch yet and if so, what did you think? Feel free to share your thoughts in the comments below.

6 thoughts on “‘The Bad Batch’ Is Actually Really Good!”