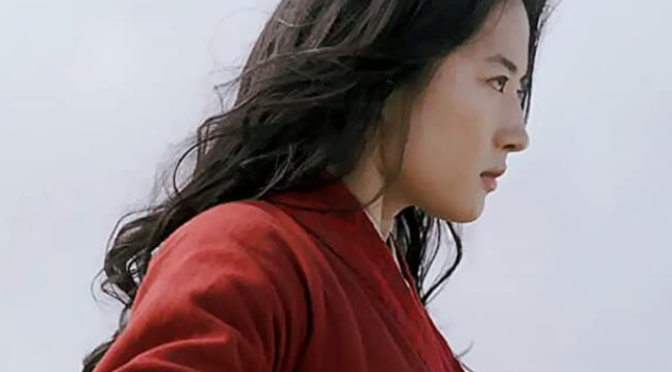 Mulan is now available free of charge to all Disney+ streamers and so I thought it would be the perfect time to revisit the film after my second viewing yesterday (I was one of those people who paid $30 to see it early) and share my thoughts with you all.

In short, as a little girl, Mulan was my favorite Disney princess. She was brave and fierce, qualities in which inspired and wowed me. When I heard they were doing a live-action version I couldn’t be more excited, especially when they chose to forego songs to make it a more epic experience. I was like, “Heck yeah, let’s do this!”

And yet now, after a few viewings, I only see the flaws in Mulan instead of the good and boy are there a lot of flaws. So, let’s get to them.

Slow-motion is the bane of potentially good films and Mulan is a victim of too much slow-mo. Niki Caro, the director of this film, chooses to treat Mulan like Patty Jenkins directs Wonder Woman. Instead of seeing Mulan take on these forces in real time, allowing us to watch her quickly dispatch her enemies one by one in eye-widening fashion, she is constantly bogged down by slow-mo and it becomes annoying.

And it’s not just the action scenes. Slow-motion dominates the latter half of the film as we see Mulan riding her horse in slow-mo, her dark hair fluttering in the wind. 😒

What makes it worse, there’s a moment where we see Donnie Yen taking on his opponents at blinding speed and all I find myself asking is, “Why didn’t they do that with Mulan?!”

So…that’s the first and main flaw.

I hate to say this, but Yifei Liu doesn’t seem to be a very good actress. She looks the part of Mulan and can handle the action scenes well enough but when it comes to those deeper moments; her seriousness, her graveness, her deepest emotions, she just feels wooden. I don’t exactly feel for Mulan when she triumphs in the end because she didn’t make me exactly want to cheer.

Critics claimed that Mulan was a superhero movie and I would have to disagree because superhero movies know how to craft an epic climax. This movie did not. Mulan’s battle with Bori Khan is laugh-out-loud lame and leaves one feeling a bit hollow afterward.

All in all, the first half of the film is the movie’s best content while unfortunately the second half, which features Mulan as a fully realized warrior, is the worst part.

What do you think? Did you enjoy Mulan or were disappointed too? Feel free to share your thoughts in the comments below.