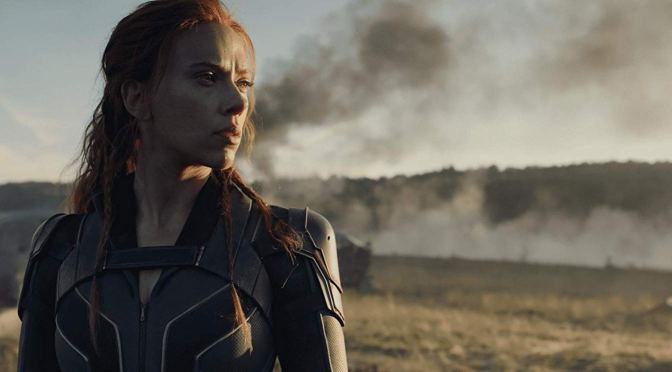 (This is a longread.)

The list of female-led superhero movies isn’t long. There’s Catwoman and Electra, two mid-2000s’ films that featured attractive ladies (Halle Berry and Jennifer Garner) in tight outfits that left mid-riffs and breasts heavily exposed as they fought bad guys. Then there was Wonder Woman, Birds of Prey, and Captain Marvel, three late-2010s’ movies that sought to portray the female comic book character in a way that was both empowering and entertaining. They mostly failed. And last year’s Wonder Woman 1984 was filled with all sorts of pockmarks that led it to have a dismal 5.4/10 rating on IMDb and a Rotten 59% score.

Yes, female-led comic book movies have had more downs than ups. For some reason, writers haven’t been able to separate the woman from the character, resulting in stories that often felt lazily composed or as if the writers were trying too hard to make a statement.

Of these past six female-led comic book movies, Wonder Woman and Captain Marvel stand tall above the rest but even then those films are among the weaker entries of comic book movies in the last decade.

Wonder Woman had every chance to be a remarkable origin story for the Amazonian warrior and while it has one of the greatest sequences in any comic book film–No Man’s Land–the movie is just a bit mundane.

Gal Gadot knows how to embody that gorgeous Amazonian goddess persona on the big screen and the film’s action sequences are pretty good (they would’ve been better if there was less slow-mo breaking the flow of the fight scenes) but what bugs me is the level of attention on Steve Trevor’s side of the story. He’s such an imposing presence on the movie’s narrative that the film almost should be called Wonder Woman and Steve Trevor.

This is a problem we seem to never have to deal with when male superheroes get their origin stories told. Female characters in those movies are either the doting love interest/damsel in distress or an afterthought to the man’s ascent to superhero awesomeness. But Diana Prince is hampered by Wonder Woman‘s male writers (Zack Snyder, Allen Heinberg, and Jason Fuchs) as they make sure to always have Steve Trevor as her equal in the movie. They even commit to the narrative that Diana discovers her inner power because of Trevor’s death, thus reiterating that narrative that a woman is nothing without a man, a turning point in the story that has grated on my nerves since I saw the film for the first time in theaters four years ago.

And then there’s Captain Marvel, a movie that does let Carol Danvers shine on her own with no male characters to hold her down narratively…but it’s a boring film.

Yeah, I’ve seen Captain Marvel several times because it is easy to watch but that doesn’t mean I don’t see the film’s flaws. They strove to give Carol Danvers an emotional storyline that showcased the human side of her more than the superhuman side but the chemistry between actors Brie Larson and Lashana Lynch doesn’t feel believable, thus stripping the film of that emotional impact the story was striving to create. The actual plot is as mundane as it gets with Marvel Studios. The action sequences are okay (the best one is at the end and it’s over as quickly as it begins) and most of the characters are forgettable. And the entire look of the film is just a bit…blah.

It feels like Marvel Studios shoehorned Captain Marvel into the movie lineup because they realized they effed up by not giving her a movie before Infinity War and had to hurry up and introduce her to us before we’re introduced to her as the Get Out of Jail Free card in Endgame.

Hence, a barely memorable installment in the MCU.

And we’re not going to even talk about the other four female-led comic book movies which have all sorts of problems with them.

So, this year we finally got Black Widow, the long-awaited, highly-anticipated standalone film for The Avengers’ first female member. Honestly, Natasha Romanoff should’ve been had her own film considering how interesting she is as a character but the world wasn’t ready to see a female superhero helm her own movie yet. And honestly, I’m glad things turned out the way they did because we got the perfect Black Widow movie.

I was totally expecting to come away from Black Widow enthused but ultimately kind of bored and ready to dole out a plain 7/10 score. Instead, this film has become one of my favorite comic book movies of all time!

Black Widow manages to do three things right that the other comic book movies haven’t.

It Doesn’t Oversexualize Its Female Characters

I get it. Attractive protagonists drive ticket sales. That’s the whole point of Hollywood. But women have always been oversexualized in films because Hollywood thought it would put male butts in seats. And yeah, seeing a lady kicking butt in a skintight, revealing outfit as her hair flops around her head to make her look that much sexier does get dudes to theaters but the world is different now. We’re here for a good story, not screen-ogling.

Considering Black Widow’s stance in the MCU, for many years she was oversexualized. So to see this movie put Natasha Romanoff in practical clothing and give her practical hairstyles (not that perfectly curled situation on top of her head in Captain America: Civil War) and let her kick butt in flat-bottomed boots instead of heels was extraordinary to me. But she wasn’t the only female character in the film.

Yelena Belova’s style was very practical and real. She dressed like an actual human being who could be walking down the street, not a movie star. And her white Black Widow outfit was purposely baggy, something that you NEVER see in action movies. The same thing goes for Melina Vostakoff.

All three women got to kick butt with their hair tied back, in flat-bottomed boots and nice suits that focused more on practicality than sex appeal. And they still looked perfectly fine being the awesome ladies that they are.

We Finally Got Great Action Sequences

The best thing about this movie’s action sequences is its grittiness. You feel the pain as characters are slammed into walls, thrown into cabinets, stabbed, or kneed in the face. The greatest example of this movie’s attention to brutality is during the Red Room action sequence toward the end of the movie.

Natasha has to face her fellow Black Widows who outnumber her fifteen-to-one and an awesome fight ensues. It’s gritty, it’s wince-inducing, it’s painful, and it’s bloody brilliant! The assassins fight Natasha with all they have and she does all she can to stave off their attack, which doesn’t end well for her. Of course, she gets rescued by Yelena but yeah, it’s pretty much over for her.

It Finally Gets the Female Element of the Story Right

Female-led comic book movies often try to remind us (not so subtly) that they are breaking ground by being female-led comic book films. Birds of Prey is the greatest example of this as it revels in its Don’t-Give-A-You-Know-What attitude as it gives a blatant middle finger to all dudebros watching the movie.

Black Widow manages to find a way to be both empowering for women as it deals with issues such as trafficking and a woman’s rights while also never straying from the entertainment value of the actual film.

I love how the writers make sure to refrain from any women being killed in the movie by Black Widow’s hand. Instead, she, as an Avenger, liberates them.

It’s powerful seeing her take down a misogynistic antagonist while also saving his daughter, Antonia from his oppressive manipulation and control.

Black Widow Is a Triumph

Black Widow is a shining testament to how female-led comic book movies should, first of all, treat their characters, and how they should be written. I’m hoping The Marvels take note and give us an incredible spectacle that’s full of emotion, fantastic action sequences, and enough girl power to make dudebros’ heads explode.

8 thoughts on “‘Black Widow’ Is the Greatest Female-Led Superhero Film: Here’s Why”