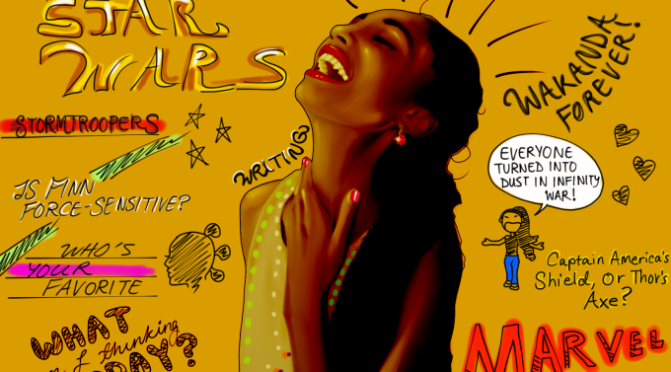 It’s May the 4th and for all Star Wars fans, you know what that means. It’s Star Wars day! This is a wonderful time of the year for Star Wars fans, as it gives us the chance to celebrate a franchise we love so much.

Throughout the world, people are celebrating Star Wars in their own special ways. Some people are trying recipes that end with galactically awesome conclusions. Some are chilling and letting the day pass by, celebrating the holiday in a personally peaceful manner. Some are participating in the Star Wars marathon that’s currently happening on TBS right now.

For me, I’m taking the day kind of easy.

While I write this post I’m sipping on a cup of tea in my amazing Death Star cup because what’s better than drinking a good cup of tea, in a Star Wars themed cup, on Star Wars day!? Yeah. 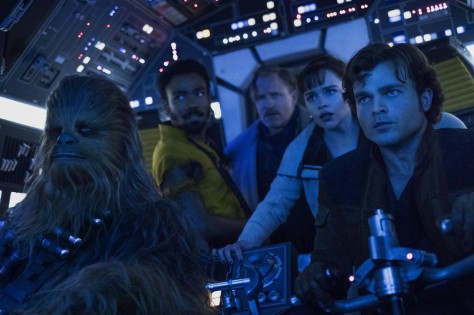 And this evening I plan to reacquaint myself with a Star Wars movie I haven’t watched in forever and that is the franchise’s latest installment, Solo: A Star Wars Story. I’m actually kind of excited. It’s been such a while since I’ve sat down and watched this film that I can say I’m legitimately thrilled to see this movie.

And that is how I’m celebrating Star Wars day.

What are you doing for May the 4th? Feel free to share your ideal celebration in the comments below.

I thank you for reading and I hope you have a wonderful day. May the Fourth be with you.

Star Wars wouldn’t be Star Wars if it wasn’t for this movie right here, A New Hope. This was the first Star Wars and its power and imagination ingrained itself into peoples’ minds and conscience to the point that it became an instant global phenomenon. Now forty years later and Star Wars is going just as strong with content over content cranking out for all of us avid Star Wars fans. But like I said before, I wouldn’t be sitting here writing posts over posts about Rey theories, Kylo Ren’s awesomeness, and the things I love most in Star Wars without this movie that started it all and so I’m excited to share with you my five favorite scenes from A New Hope. Enjoy!

This is such a magical scene. Luke Skywalker was the hero of the original trilogy and this scene embodies that perfectly. The way he stares wistfully at the two suns with the iconic Force theme playing in the background is undoubtedly one of the most incredible moments in Star Wars period. It’s also, I’d say, my favorite scene in A New Hope.

This is one of my favorite scenes in A New Hope because it’s so horrifying. The Death Star was a devastating weapon and what it did to Alderaan is pretty terrible. Sorry Alderaanians, that was a horrendous fate. 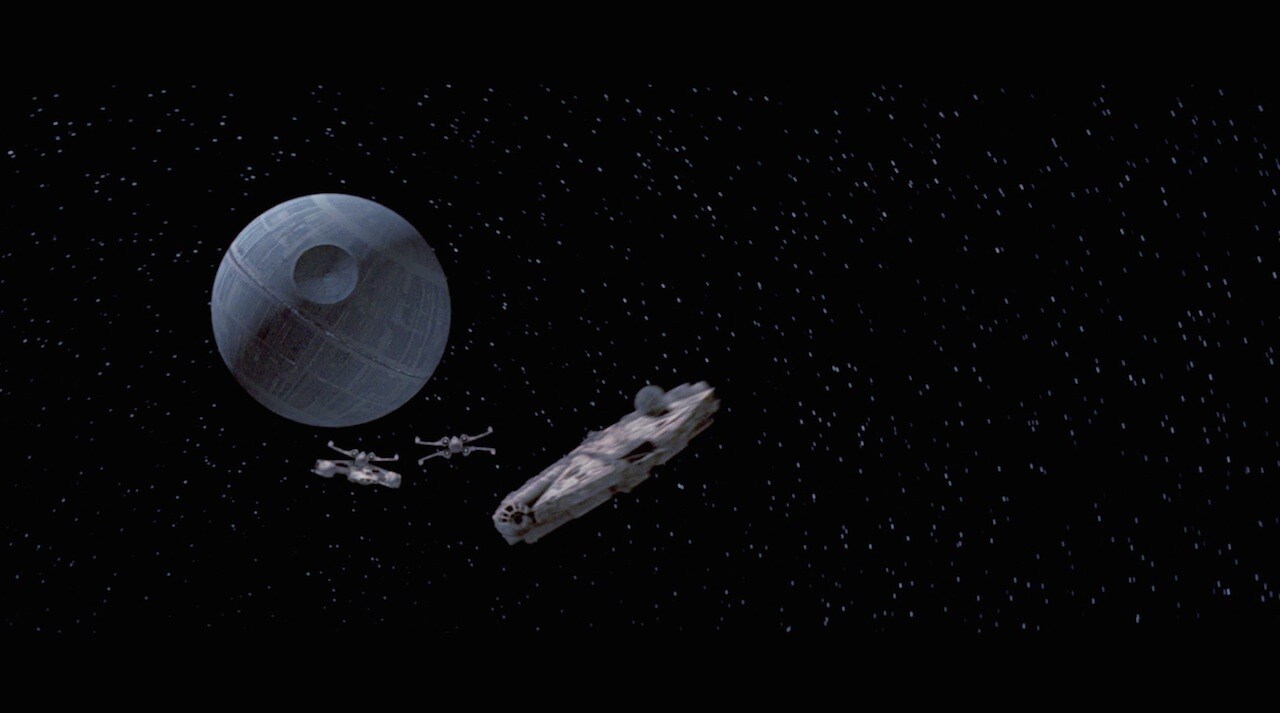 The Death Star was the main villain for the majority of A New Hope and the fact that Luke blew it up is still one of the greatest things that’s happened in Star Wars. The trench run is an exciting scene and seeing the space station blow up into millions of shards is so awesome. Good job, Luke. 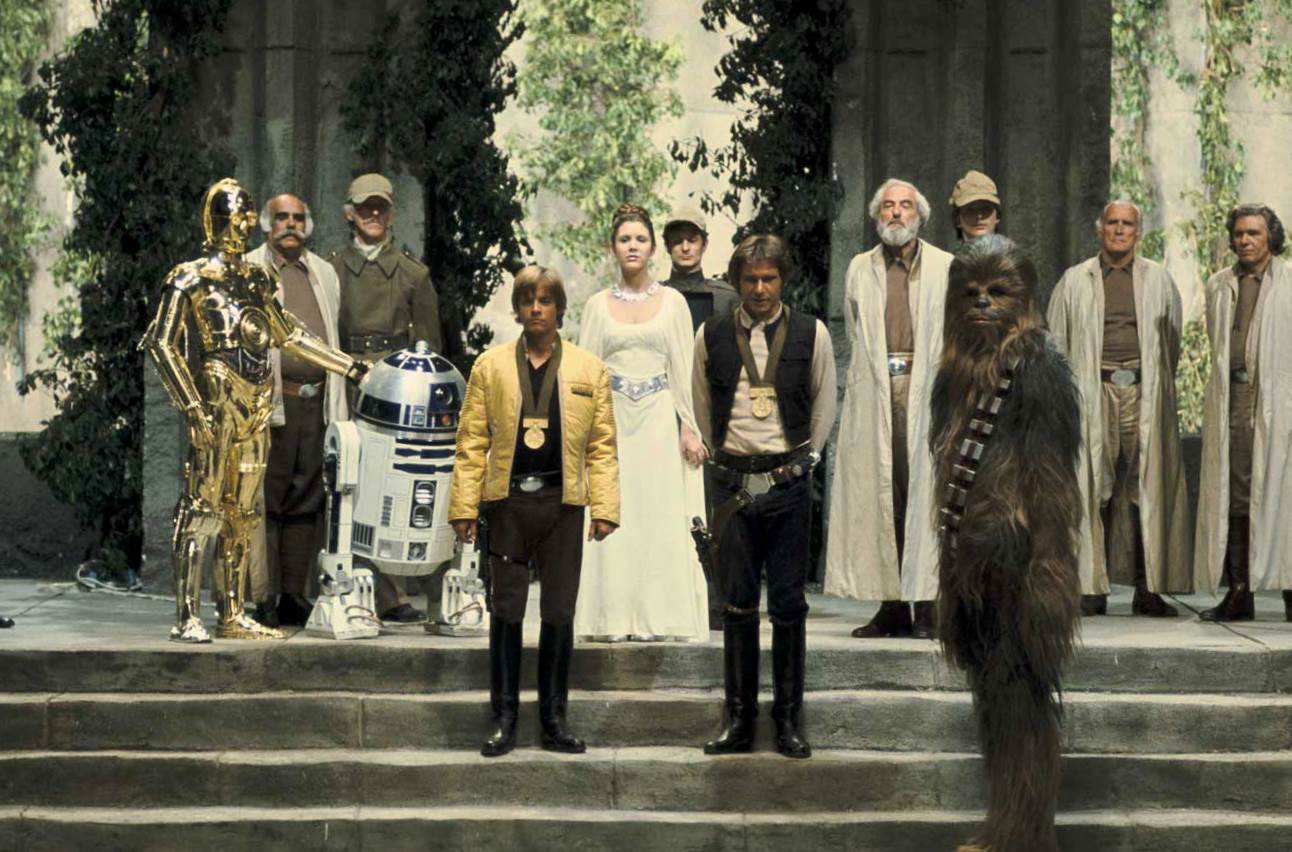 This is such a fantastic scene! The music, the happiness of the situation, the humor, this scene is literally the perfect ending to A New Hope. This movie was impeccably made and I’m so glad it came into existence back in 1977.