I know, Episode IX isn’t going to be here anytime soon and I should probably focus on Solo: A Star Wars Story, which is actually going to be in theaters in about three months, but I can’t help but think about the final installment of this current Star Wars trilogy.

The Last Jedi was amazing and now that the novel for The Last Jedi is almost upon us a lot of my questions will be answered and there will undoubtedly be some juicy content that I won’t even see coming that’ll hopefully shine a light on the upcoming sequel. Outside of the hints that The Last Jedi movie and novel might provide here are the things that I would love to see happen or explained in Episode IX. Enjoy!

The Knights of Ren 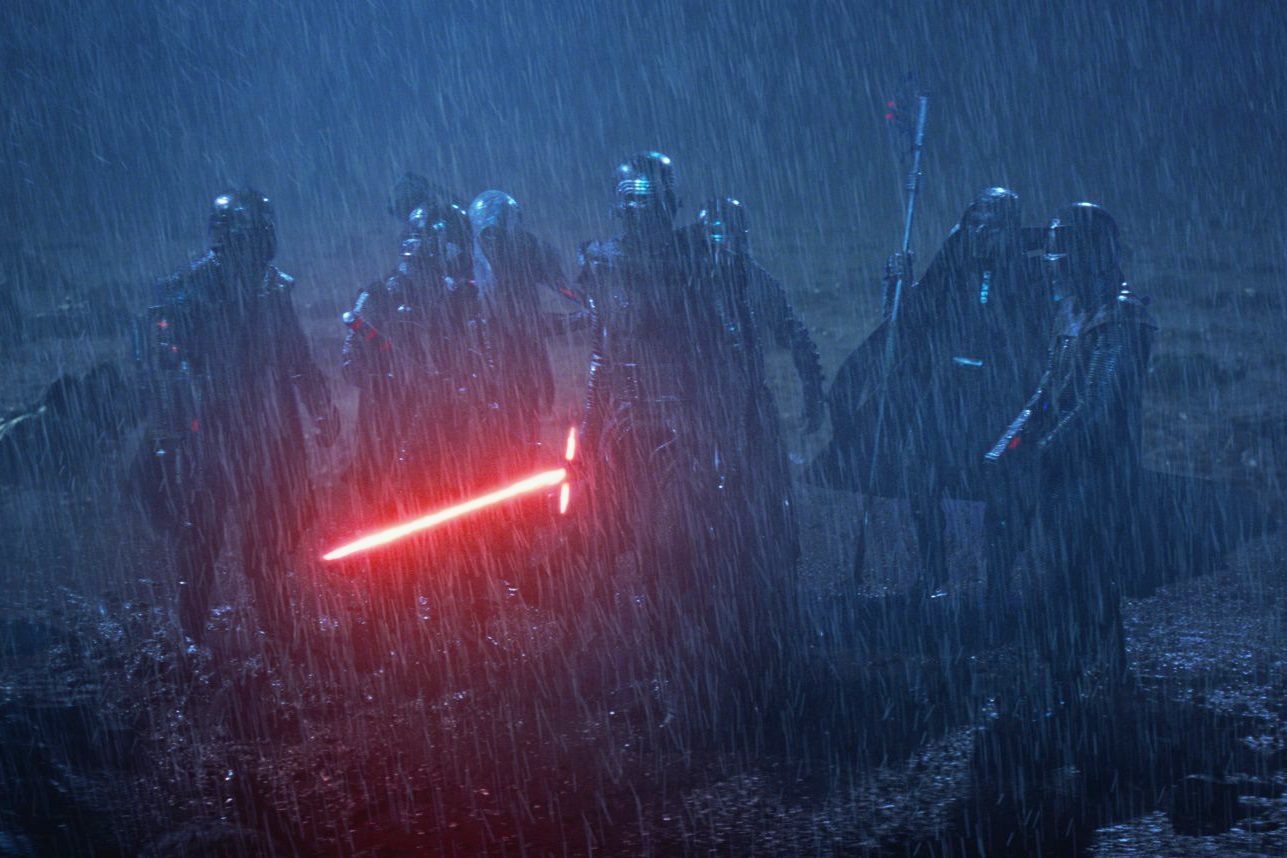 In The Force Awakens we were given a brief, but very cool, glimpse of the evil cult Kylo Ren leads, the Knights of Ren, but since then there has been little mention of these black clad warriors. I believe this was intentional.

Rian Johnson took J.J Abrams’ ideas and upended them for the better by killing Snoke, making Kylo Ren the Supreme Leader of the First Order, literally grounding Poe to make him a better person, having Finn embark on a mission away from the friends that he knew to also help him grow, revealed that Rey’s parents are deadbeats, turned Luke into a depressed hermit/hero, and basically annihilating the Resistance. These were some of the more striking choices that Rian Johnson made and I loved them. One thing he didn’t tamper with, however, were the Knights of Ren.

This mysterious group he left to the devices of J.J Abrams in Episode IX and I am seriously hoping they finally make their major Star Wars debut in this ninth film. Snoke had his Praetorian Guards. I believe it’s only fair that Kylo Ren should have his Knights of Ren to be his personal guard. That would probably lead to a rather epic battle that I don’t even want to imagine just in case it doesn’t happen and I won’t be disappointed. Still sounds awesome though. 🙂

END_OF_DOCUMENT_TOKEN_TO_BE_REPLACED

So this is exciting news in the Star Wars galaxy. I have to say, I was very relieved when LucasFilm got rid of Colin Trevorrow for so many reasons. First, I didn’t like Jurassic World that much, and mainly because of the woman in the film. The fact that she was running from dinosaurs, trekking across mud, and never once got rid of those heels she was wearing was not realistic and rather irritating. You can’t have a director who treats their female characters like that in charge of a movie about heroines like Rey, that just doesn’t work. And secondly, the movie he directed this year, The Book of Henry, was so terribly critiqued that I was really starting to become nervous for Episode IX. Would he end this fantastic trilogy in the wrong way? Would it become another blotch in the Star Wars timeline like the prequels? So, obviously, LucasFilm didn’t like what they were seeing and got rid of him and I was ecstatic to see who they would replace him with.

And then it was announced two days ago that J.J Abrams would write and direct Episode IX and I’m two parts excited two parts disappointed. This is why.