The #SnyderCut of Justice League of course is happening and the more I hear about it, the more it sounds like some couch potato’s idea of a good superhero movie. Zack Snyder is teasing an F-Bomb from Batman, an R-rating for its violence (the extended edition of Batman vs. Superman: Dawn of Justice was R-rated too), and yeah, he wants it to release in theaters at the same time as it releases on HBO Max.

Like anyone’s really going to go watch The #SnyderCut for 4 hours in theaters. Is this guy serious?

We’ll see how this movie turns out but yeah…this whole #SnyderCut thing feels like it’s turning into more of a joke every passing day.

What do you think? Do you like the sound of the new changes? Feel free to share your thoughts in the comments below. 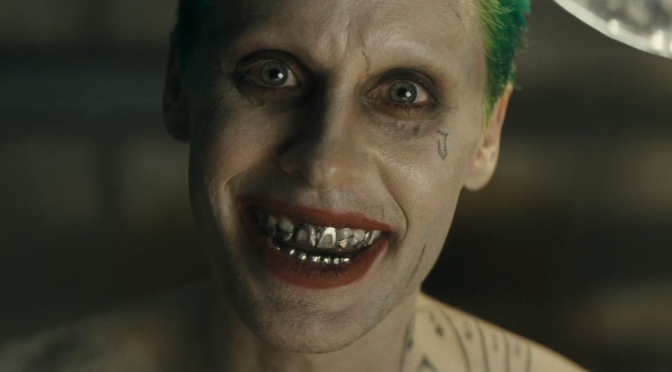 The #SnyderCut of Justice League has been whined about by hardcore DC Comics fans for a while now and now it’s finally happening. The #SnyderCut will release on HBO Max next year with extended scenes, an alternate storyline, and some extra additions, one such being the return of Jared Leto’s horrendous Joker.

Yeah. That guy is back. Honestly, this movie may not be good no matter what type of adjustments you make to it. I hope Zack Snyder is ready for these ruthless fans to rip the “Snyder Cut” to shreds because if it ends up anything like Batman vs. Superman people aren’t going to be happy.

However, I think Justice League was so bad that any improvement, no matter how small, will still be an improvement.

What do you think of this news? Feel free to share your thoughts below.

Yo! I’m so impressed. I’ve seen Justice League enough times to know what needed to be changed and what differences #TheSnyderCut has made. This trailer literally had my jaw dropped. I’m talking, mouth open in sheer wonder.

The cinematography retained that dark, gritty look that I’ve gotten used to with Batman vs. Superman and yes, we’re finally going to get more of these new characters in ways that wasn’t as fleshed out in the theatrical version.

I’m so ready to see this new-and-improved version of Justice League and I can’t wait to see what surprises are in store.

And then there was Black Adam which I’ve been waiting to see as well.

END_OF_DOCUMENT_TOKEN_TO_BE_REPLACED

Today is a special day for pop culture fans and because of that, I’ll be sharing my thoughts on the online convention and its surprises live later on today so, if you’re looking for my next trailer and chapter in Captain America: Secret War those will resume tomorrow.

I’m so excited to see what’s up with Wonder Woman 1984, The Batman, The Suicide Squad, and #TheSnyderCut of Justice League. Oh, and we can’t forget Black Adam. I am so ready!

I thank you for reading and I’ll see you later.

In the light of knowing that we will be getting to the Snyder Cut next year, I’m revisiting this review of Justice League after watching it for only the second time a few months ago. Enjoy!

I haven’t seen Justice League since I went to watch it in IMAX in November of 2017 but after Aquaman, I have obtained an almost troubling desire to watch this movie again. For weeks I have waited to see it and finally, last night, I got to watch it.

My review of Justice League last time wasn’t a scathing review of a terrible film but rather a delighted account that highlighted the film’s strengths rather than its weakness. However, after seeing how incredible Aquaman was and then watching Justice League it definitely was a bit jarring to see the striking difference between the two films. Simply Aquaman is great, Justice League is not.

I found myself slightly cringing whenever Bruce Wayne was on the screen because he looked terribly wooden and slightly if I’m being honest, bloated.

END_OF_DOCUMENT_TOKEN_TO_BE_REPLACED

Yet again on a boring evening, my sister and I tried to watch Justice League. We ranted about the movie for twenty minutes straight before switching channels and electing to watch The Fate of the Furious to save brain cells.

Justice League, a film featuring six of the greatest superheroes ever conceived, could’ve been absolutely incredible. Instead, it was allowed to devolve into a story that doesn’t make sense and is just pure garbage. The extended edition of Batman vs. Superman looks like The Dark Knight in comparison. That’s how terrible it is. So, today, I wanted to share the five reasons why this movie is so egregious.

1. Having to Introduce Three New Characters

It’s hard enough to have a superhero movie that features multiple superheroes but to have to introduce three new complex characters to a story that only has two hours to be told seems preposterous. The result says as much.

Cyborg could’ve been cooler. Instead, he doesn’t get to really do anything except talk seriously, fly around, and get plugged into a glowing box. Aquaman only gets one chance to show how powerful he is with water. The rest of the movie he’s trying to come across as this likable guy but he’s very much the opposite. And Flash, first off, I don’t like Ezra miller. Secondly, he’s supposed to be the comic relief aspect of the film but he comes across as annoying after a while rather than legitimately funny like Spider-Man in Avengers: Infinity War.

The CGI in this movie is laughably bad. With entire sequences that look like something out of a video game, Justice League is the pinnacle of poor CGI. In fact, this movie looks so bad it makes the visual effects in The Hobbit: The Battle of the Five Armies look kind of good.

Music is the soul of a movie. When I think about the Avengers movie there is always a love of the music somewhere in the conversation. Alan Silvestri delivered powerful musical scores for both Infinity War and Endgame that prompted me to put the soundtracks on my Spotify. And then when I think about the music for Justice League it’s nonexistent in my mind. There is no theme, no astounding music that stands out, it’s just blah.

First off, it was a bad idea to kill Superman in Batman vs. Superman. Especially that it was a tease death which would be reversed in Justice League. Secondly, when he was revived it was the worst iteration of Henry Cavill’s Superman in the four DCEU films he graced.

The fact that he wasn’t able to shave his mustache meant that they had to CGI-erase it. Bad idea! His mouth looks really weird.

Three, because fans said he was too dour the writers decided to make him a smiling idiot with a sense of humor and it came across so sickeningly bad that I can’t help but wonder, “Who made this movie?!”

We get it, it’s Wonder Woman and Diana Prince is supposed to be gorgeous and with Gal Gadot playing her, she is, but that doesn’t mean we need to have several what feel like blatant butt shots of Wonder Woman. And then, on top of the super-tight pants, she’s forced to wear in this movie she’s wearing shirts with her cleavage super-visible.

In Batman vs. Superman, I loved that they never refrained from making her beautiful but the clothes she wore were classy, elegant, and there were zero butt shots. I guess Joss Whedon couldn’t help himself.

Plus, that little romantic attraction between her and Batman in Justice League feels like something out of a boy’s fanfiction version of the story rather than something that should actually be allowed in the film. 😵

All in all, I could do a whole lot more ranting about this movie but those are the five things that make me absolutely despise this film.