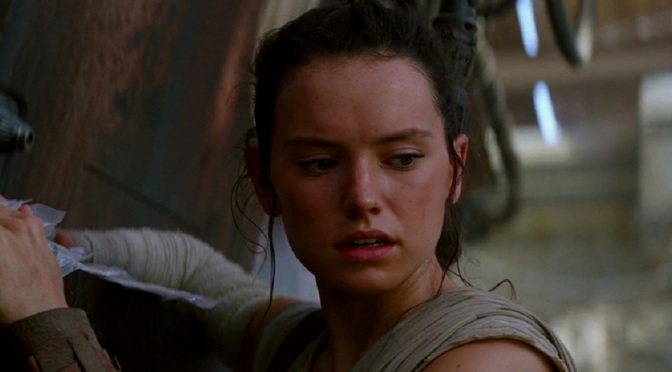 One of the biggest mysteries that sprouted from The Force Awakens was the secret identity of Rey’s parents. The whole story of Star Wars is heavily themed around the idea of family. In the original trilogy Luke found out his father was Darth Vader (*gasp*) and his sister was his best friend, Princess Leia. These two twists were huge reveals and plot points in Luke’s journey and the overall trilogy.

In the prequel trilogy Anakin’s downfall was because of his attachment to the people he loved. He lost his mother, which was the first peg that fell out of his equilibrium. And then the thought of losing Padme sent him over the edge.

Now the current trilogy has circled around the aspect of family in the plotlines between Han, Leia, and their dark side son, Kylo Ren, but Rey is just as important in the family department. We just don’t know who her family is exactly.

Kylo Ren dropped a bombshell by saying Rey’s parents were essentially nobodies who died in Jakku but that just isn’t true. In fact, I have the proof which you can read here. But the question of who her parents could actually be is still lingering out there for us to hopefully and decisively discover.

I’ve read a lot of theories over the past three and a half years about who she could be related to but this latest one is so legit it’s almost scary. So, of course, I had to share it with you and my thoughts on the theory. Enjoy!