I watched The Rise of Skywalker a couple of nights ago and I remembered something; the last scene with Lando Calrissian was totally setting up what could be an awesome Disney+ series featuring none other than Lando and Jannah.

Judging from how good The Mandalorian is the thought of a Disney+ series following these two characters as they try to decipher Jannah’s lineage sounds fascinating. Plus, I’ve got a theory that defected stormtroopers are Force-sensitive individuals like Finn, meaning we could potentially get a story showcasing Jannah’s journey to becoming a Jedi. Now how cool would that be?

Honestly, The Mandalorian has opened an entire range of possibilities for the future of Star Wars entertainment and I’m here for all of it.

Don’t forget, we’re still getting that Cassian Andor series. And the Obi-Wan Kenobi series. It’s going to be so much fun!

Yesterday after the shocking The Rise of Skywalker panel, Variety caught up with the cast of the highly-anticipated Star Wars film and we learned some rather interesting tidbits about the movie. And so, of course, I had to share the juicy details with you. Enjoy!

It’s Official. Jannah Has a Bow and Arrow 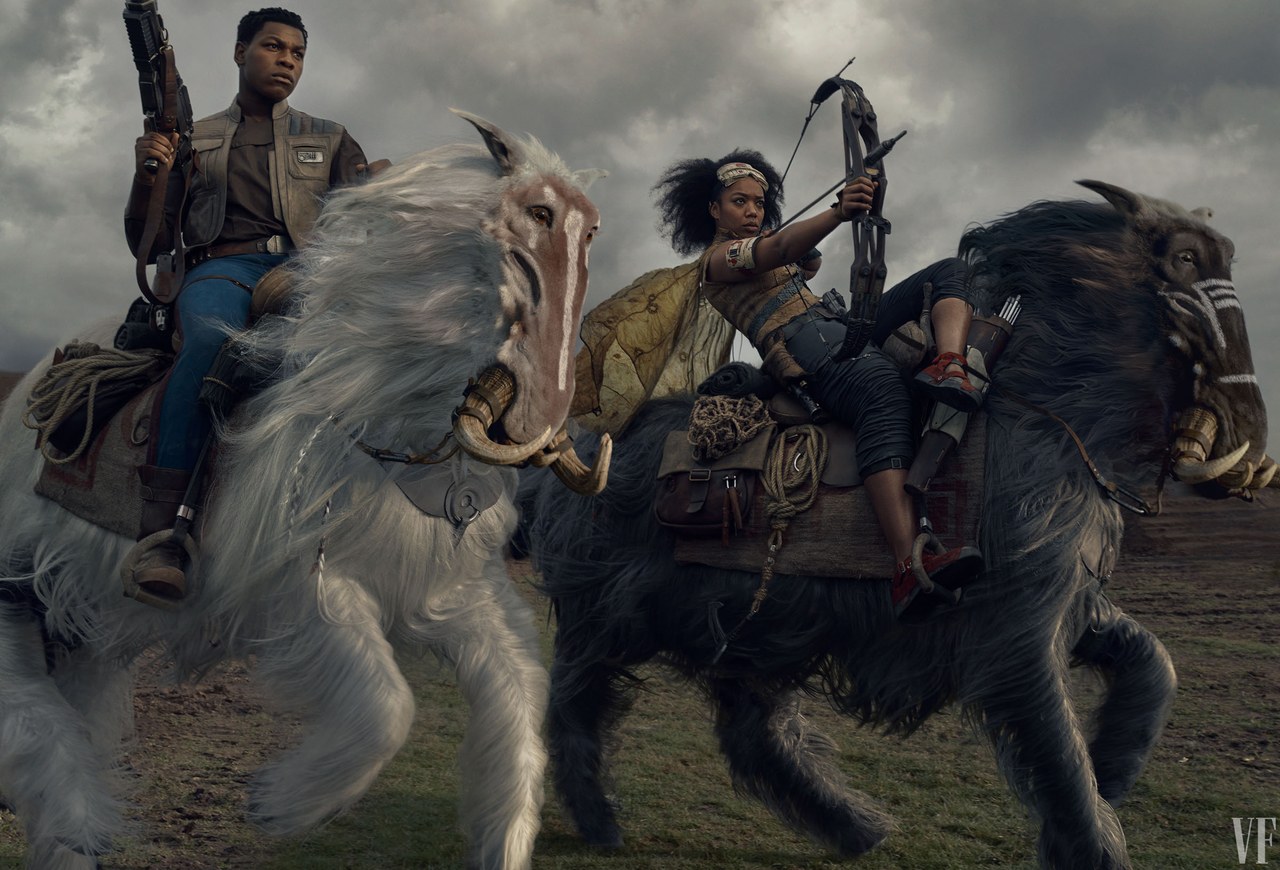 In the thrilling Vanity Fair issue for The Rise of Skywalker we got to get a better look at the newcomer Jannah riding into battle on a pair of Orbaks wielding what is a bow and arrow, or as Naomi Ackie calls it, “a space bow and arrow.” It’s surely going to be an incredible sight to see.

She also confirmed that her character is a hero who has been training all of her life for the fight that has arrived via the First Order. So exciting!

Naomi Ackie reveals that her #StarWars character uses a bow and arrow and rides an Orbak #D23 https://t.co/riFUMn7k83 pic.twitter.com/sk91WwuA5g