The Phantom Menace was the first Star Wars movie I’ve ever watched and that’s why it still has such a special place in my heart. It had so many exciting elements that could’ve been utilized in the sequels but unfortunately the trilogy quickly went down the drain after Attack of the Clones. For the next nine days I’m going to share with you the five best scenes of the nine Star Wars movies and I hope you enjoy reading these posts as much as I’m going to have fun writing them.

1. The Arrival of the Jedi 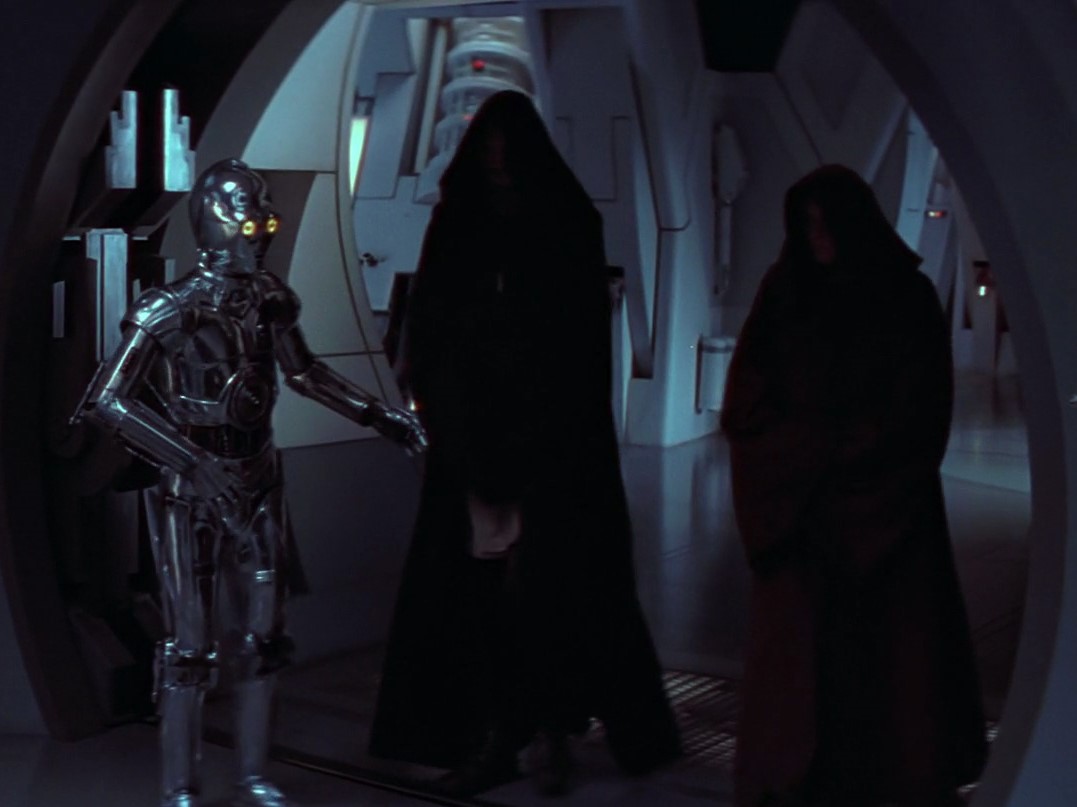 One of the coolest scenes of The Phantom Menace is when you see the Jedi Master Qui-Gon Jin and his padawan, Obi-Wan Kenobi, for the first time in the movie. There’s a certain mystique about them as they’re led through the Trade Federation ship, their faces hidden beneath their cloaks, but when they reveal themselves it’s always been one of my favorite scenes of the movie.

Qui-Gon is such a cool character and then his padawan is Obi-Wan! How awesome is that? It’s really one of the best scenes in the movie.

END_OF_DOCUMENT_TOKEN_TO_BE_REPLACED

The Star Wars prequels didn’t get a lot of things of right. In fact, they barely got anything right. The one thing all of us Star Wars fans can definitely agree on when it comes to the prequels however is that Obi-Wan Kenobi was the highlight of that trilogy. Obi-Wan was an immediate icon after Alec Guinness portrayed the Jedi Master so flawlessly in A New Hope, earning him an Oscar Nomination for his stunning and unforgettable performance. He appeared as barely more than a cameo in the next two installments in the original trilogy but his impact on the films was monumental. When it was announced that George Lucas would be making another trilogy and people found out they were going to have a young version of the iconic Obi-Wan Kenobi I’m sure Star Wars fans were highly skeptical.

With the ingenious casting of Ewan McGregor all of that worry was flushed down the drain as he perfectly portrayed a young Obi-Wan Kenobi in the trilogy. He made the movies worth watching and his scenes in the movies were ridiculously enjoyable.

So today, on this segment of The Defining Moments, I’m going to talk about Obi-Wan Kenobi’s journey throughout the seven films that he has graced, whether it’s in a major role or a tiny cameo that’s barely noticeable. Be Warned. I would like to let you know, Obi-Wan has had an extensive history so this will be a longread. I thank you for acknowledging this warning. Enjoy!

1. Sensing the Dark Side

While Qui-Gon was immersed in the moment Obi-Wan was already displaying his strong gift with the Force, for he could sense that something was wrong far quicker than his master could. This moment highlights that even as a Padawan he was already very intuitive, a gift that would help him many times before his life’s end.

Before Obi-Wan Kenobi took Anakin Skywalker as his padawan he, like the rest of the Jedi Council, knew that there was something very dangerous about the Force-sensitive boy. He tried to convey his concerns to his master, Qui-Gon Jin, but the warning fell on deaf ears. He had no idea how right he would end up being.

After seeing Qui-Gon defeated by the powerful Sith Lord, Darth Maul it was the first time that he let hate fuel him in battle. He ferociously fought Maul but ultimately got beaten, for he couldn’t channel his hatred as well as the trained Sith. In the final moments before Darth Maul was about to finish him off once and for all he managed to use the Force to propel himself upwards, he Force pulled Qui-Gon’s lightsaber to him, and slice! Darth Maul was supposedly no more. This was the ultimate test for him as a Jedi padawan and he passed with flying colors.

END_OF_DOCUMENT_TOKEN_TO_BE_REPLACED 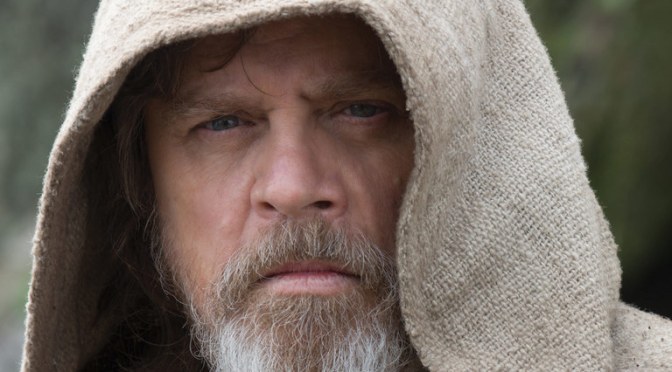 Star Wars is one of the most beloved franchises in film history and it’s still going strong. One of the reasons why Star Wars can be so spectacular are the Jedi. Without the profound moments of wisdom they speak or just the epic battles they have against the Sith Star Wars would not be the same entity it has become. Of course there are greater Jedi than others and that’s where my post begins. 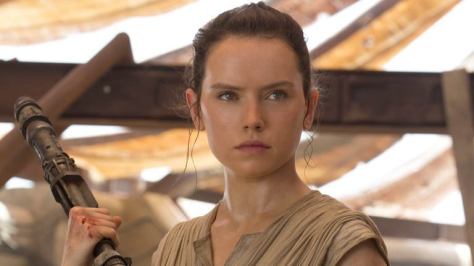 I had to put Rey in my list because it wouldn’t be fair to leave her out. Now of course we all know she isn’t truly a Jedi yet, she’s just a padawan. And yes she could possibly turn to the dark side which would totally mess up this post I’m making but for right now I feel I have to put her alongside the other Jedi. And besides, if she really does become a Jedi she will undoubtedly be one of the most powerful and the coolest Jedi to ever be part of Star Wars. 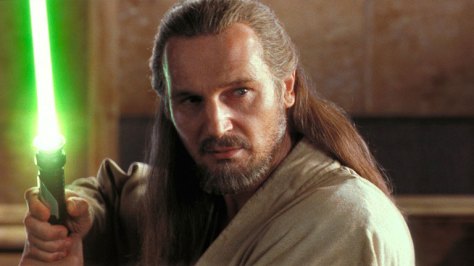 Despite his poor skill with the Force and his discovery of an eventual genocidal robot man named Anakin Skywalker Qui-Gon is undoubtedly one of my favorite Jedi. Liam Neeson brought so much life into the character. There was an effortless calmness that emanated from the Jedi as well as a wisdom that can only come from a master of the force. My favorite line of his is when he told young Anakin, “Your focus determines your reality.” Even though it’s just a movie things people say in films can sometimes be enormously profound. This was, to me, one of those profound statements that I really love. It’s a shame he had to get killed so early in the prequel trilogy but I understand it was necessary. I would love if Qui-Gon’s ghost showed up in The Last Jedi to talk to either Luke or Rey about something. That would be pretty special. 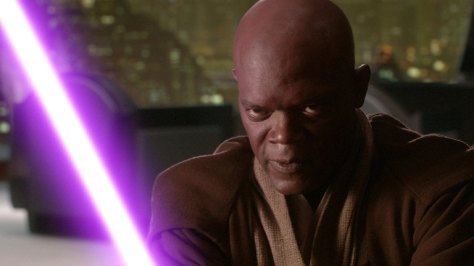 There was no way Mace Windu wasn’t getting into this list. First of all he is the only Jedi to have a purple lightsaber. I have always thought this was cool because as we all know blue and red are the colors that create purple so for him to have that color for his weapon is very interesting. Secondly if Anakin had not interfered he would have killed Emperor Palpatine. That’s how powerful he is. The evil Sith Lord couldn’t even mess with this Jedi. He’s also very wise. He knows Anakin is fragile and can barely be trusted, he knows that there was something wrong in the Force, it’s just a shame that his fate was the way it was.

This was a difficult decision because I mean come on, it’s Yoda. When there’s a conversation about legendary Jedi Yoda will always be part of that conversation. The only reason why he’s not number one is unfortunately because of the prequels. George Lucas turned him from being a wise, magical puppet to a CGI bouncy green thing with a lightsaber. He lost his magic and that’s why he’s third on my list. My favorite saying from Yoda is in Empire Strikes Back when Luke is about to pull that ship out of that muck and Yoda says, “No, try not. Do or do not. There is no try.” This was another one of those profound moments that really rang through to me. Spoiler Alert! The next thing I’m about to talk about might be a minor spoiler for The Last Jedi so if you would rather not know any information about the upcoming film then please go to the next Jedi in my list. There have been rumors that Yoda will make an appearance in The Last Jedi which makes all the sense in the world and if he is in the movie I’ll be so excited. It’s said that he will have either have a conversation with Rey or Luke. Or maybe both, I’m not certain. If he is in the movie I wonder what wisdom he will lend to the two Jedi. Let’s hope these rumors are true.

Luke is an incredible Jedi. He was already great by the end of Return of the Jedi but now after The Force Awakens he has reached an entirely new level of awesomeness. First of all I can’t wait to see how powerful he has become in the last thirty years. Secondly I can’t wait to see just exactly what’s he been up to. And third, I can’t wait to see how he’ll train Rey in the ways of the force. Will he be stern and cryptic like Yoda was? Will he be a little nicer and more helpful? Or is there going to be a sort of bitterness coming from him because according to his expression at the end of The Force Awakens he was not very pleased to see Rey? In fact he was quite the opposite. If he is a little mean towards her how will she feel about the ancient master she had been trying to find? Oh man, I wish it was December 15 today so all of my questions could be answered.

Yes Obi-Wan is, in my opinion, the most legendary Jedi of all and for good reason. First of all in the prequel trilogy he was the one character who George Lucas got right. Ewan McGregor did such a fantastic job portraying the incredible Jedi that had been formerly played by Alec Guinness. He was a bright light in the midst of all that poor acting from Hayden Christensen, the terrible storyline, and decent but heavily overdone CGI. He was so great that I’m hoping the next Star Wars Story to be announced will be an Obi-Wan film. I would love to watch his journey between Revenge of the Sith and A New Hope. I’m sure it would be remarkably interesting. He’s also a wonderful Jedi. He may not be as powerful as someone like Yoda but he’s just as wise. He’s definitely my favorite Jedi in Star Wars so far and that’s saying something.

There are many other Jedi in the Star Wars universe that haven’t even been explored yet. I hope in the future there will be many more Jedi that can reach the legendary status. Until then I hope you enjoyed this post and May the force be with you.