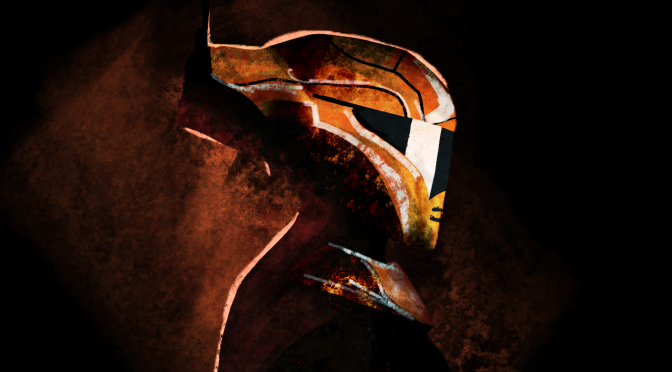 Kijimi City was crawling with paranoid First Order troopers knocking down doors and harassing civilians on the streets after what had transpired earlier in the day. Zorii was keeping out of sight, sticking to the alleys and darting through their heavily patrolled jurisdictions as she made her way to Babu Frik.

She took a glance at the sky and noted the position of the sun peeking through the white cover of clouds overhead. It was nearly midday, from the looks of it. She cursed. Had she been unconscious for that long?

She peeked around a corner, making sure there were no troopers in sight, before running forward and vaulting over the two stairs that led into the alcove where the heavily frequented bar, Spice Runners’ Den, was located. When she entered the dark but vibrant establishment with its green and blue lights casting the space into a nightclub feel she felt, for the first time that day, safe.

The bar was expectedly crammed with individuals, some familiar and some new. There were a few nods in her direction or curious peers from those wondering who she was. An old friend, a dark Zabrak woman with long hair dyed a stark red color named Charn, spotted her from the other side of the bar and exclaimed loudly, “Hey sis!” as she held up a neon blue drink in salute.

Zorii held up her hand as way of greeting before making her way into the back of the bar where Babu’s workshop was located. A shifty-looking fellow with copper skin and tattoos painting his entire neck and parts of his face into a mess of colors and designs was leaving the workshop, a scowl twisting his face into a picture of contempt. He glanced at Zorii with particular disdain before stomping past her. She watched him disappear, her thoughts racing.

What was he so mad about? she thought to herself before entering the workshop. END_OF_DOCUMENT_TOKEN_TO_BE_REPLACED

As you may know, I’ve been taking a break for the past week so I haven’t been able to share my sister’s great art. Well, that changes today as I share her best work this week.

My sister has been drawing different outfits for her favorite and requested characters and she finally drew an outfit for Ahsoka Tano. It’s safe to say, I’m obsessed with this. END_OF_DOCUMENT_TOKEN_TO_BE_REPLACED

Over three weeks ago I wrote a post about who I felt was the true villain in The Last Jedi and at the end of the article I felt that, due to the movie’s events, Poe Dameron was the true antagonist of the movie and for several reasons. One of the biggest reasons why however is that Poe got hundreds of Resistance fighters killed due to his reckless actions. He wanted to be a hero several times and every time he thought he was doing something great he only made things much, much worse. Of course Kylo Ren is the main villain of the trilogy but for the majority of The Last Jedi he was treated as a partial-protagonist rather than the villain that he was in The Force Awakens. And now I have legitimate proof that Poe was regarded as one of the antagonists of the film. Look at this poster. END_OF_DOCUMENT_TOKEN_TO_BE_REPLACED 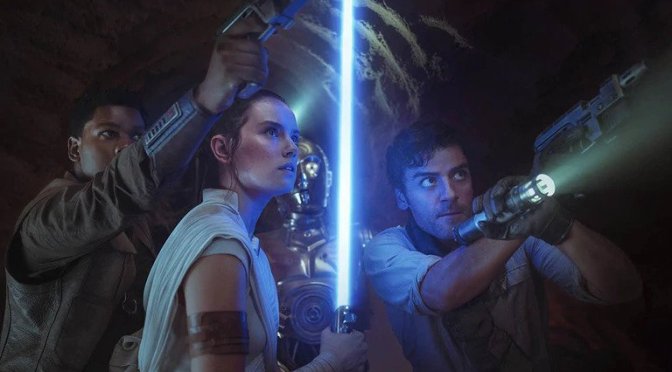 You probably saw the title of this post and was confused. “The Rise of Skywalker isn’t the first Star Wars movie under Disney,” you may have said. No, it isn’t. It’s actually the fifth. But it’s the first “Disney” Star Wars movie. Let me explain.

When Disney bought Lucasfilm in 2012 Star Wars fans’ worries were heard. Would the House of Mouse turn a franchise we loved so much into a joke? And then The Force Awakens came out.

Suddenly, we began to believe that Disney had this beloved franchise in their safe and loving hands.

The very next year, Rogue One only increased our excitement by delivering a standalone film that was unlike anything we’d ever seen before. There was drama, there were stakes, and every character was lovable, making their individual demises that much more painful.

Star Wars fans were riding high with joy. The next two years wouldn’t be so kind to Disney. END_OF_DOCUMENT_TOKEN_TO_BE_REPLACED

Ten warless years have passed. In the wake of The Whisper’s defeat, peace has begun to be found. A new capital titled Gloryland was established where New Alderaan once stood. With grand new structures outfitted with gold and glass, Gloryland stood true to its name, for it was a legitimately glorious place.

Keeli Calrissian would end up becoming Grand Queen of the New Democracy and would strive to make the galaxy a better place.

A year after the war ended, a ceremony took place that saw Grand Queen Keeli Calrissian awarding the individuals responsible for helping bring The Whisper to an end. The teenagers, 15-year-old Dusaachae, 16-year-old Gwent, 13-year-old Limor, and 12-twelve-year-old Mimi would gain Golden Stars for Outstanding Bravery. C-3PO and R2-D2 would gain their very own medals for Unparalleled Heroes. Poe Dameron, Trish, the Knights, Maz Kanata, and Chewbacca received Silver Medals for Unwavering Allegiance and Spirit. And Ora would garner a Purple Medal for Tremendous Heroism.

The ceremony was a beautiful occasion that would be talked about for decades to come. END_OF_DOCUMENT_TOKEN_TO_BE_REPLACED

Poe Dameron had been waiting for this day but didn’t believe it would ever come. Now, behind the controls of the foreign craft, he felt invincible.

He gazed at the world that had once been home to New Alderaan. Here, his first love, Admiral Sterk, had perished, now forever buried in the rocks that made up the capital. The thought was both angering and reaffirming for his determination to see young Ora’s plan realized.

He felt a hand on his shoulder and looked to find Trish gazing at him. END_OF_DOCUMENT_TOKEN_TO_BE_REPLACED