With the release of the Solo trailer a few days ago I finally got an extensive look at LucasFilm’s latest Star Wars installment and while my feelings towards the trailer were overwhelmingly positive there was one nagging problem that I couldn’t ignore. The conundrum I just can’t get my head around is the problem of women representation in Star Wars.

Look at this list of all of the major female characters in Star Wars. 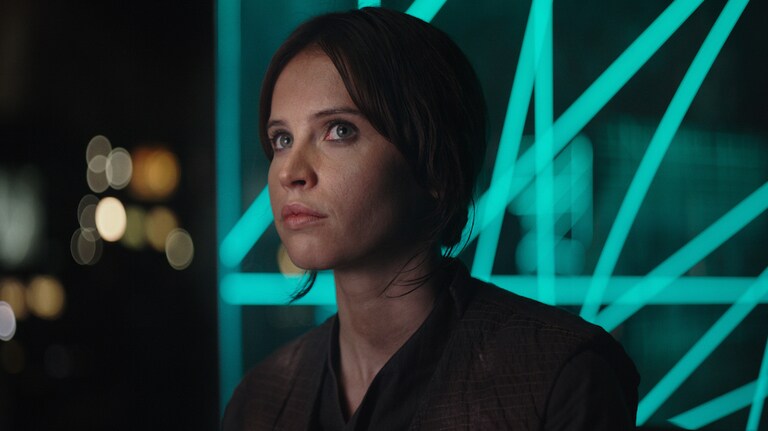 All five of these women (Princess Leia doesn’t exactly count considering that she was the first major woman in Star Wars) have dark hair and are white. It’s kind of strange if you really look at it. And the last three women have been British! That’s like if every Marvel film had a female superhero that was a sexy, red head like Black Widow. That would be ridiculous.

Because we have grown to love these characters we have given Star Wars a pass at their lack of creativity but I think enough is enough. Rian Johnson helped shake up this list of women by introducing Amilyn Holdo, a purple haired Admiral of the Resistance, and Rose Tico, the first major Asian female character in Star Wars but now Solo is taking us right back to what has already come before.

I mean where are the blondes of Star Wars? Or the red heads? Mon Mothma doesn’t exactly count because she has never been a top three major character in a film. Why couldn’t Qi’Ra have been a black woman with white hair, like the Storm of Star Wars? Or maybe Qi’Ra could’ve been the first major Latina female character in this expanding franchise. Creativity is a boundless constant, it’s what has kept Star Wars alive for forty years straight, and yet these producers have been barely willing to step outside the box when it comes to the women of Star Wars.

And the thing about Jyn, after seeing some early concept art for her character due to the behind-the-scenes, she was at first going to have red hair! That would’ve shaken things up a bit and we wouldn’t be having this conversation right now but because they made her yet another British brunette now the trend has become ridiculously tiring.

Now is this going to make me not like Qi’Ra? Of course not. I’m already a fan of hers and I’ve only barely seen her in the teasers but the minds behind LucasFilm have a stale imagination when it comes to the major women of Star Wars. If we’re going to have another ten or more years of Star Wars movies, and television shows, we need creativity, and quick!

Two days ago the full teaser for Solo: A Star Wars Story came out and, of course, I wrote a post displaying my overwhelming excitement for the movie and its fabulously surprising teaser but today, after letting the teaser sink in for the past couple of days, I am going to give my in-depth thoughts about it. Enjoy!

One of the few things that was advertised about Solo before the movie production was even completed was that this film was going to have the vibe of a Country-Western and while I didn’t exactly believe it all the way I thought it was an interesting concept. Well, this trailer definitely confirmed that with this very shot of clearly Han Solo standing ready for a one-on-one shootout.

It looks like a scene straight out of Gunsmoke, the famous Country-Western television show starring James Arness that came on CBS for decades. I am a HUGE Country-Western fan so the thought of a Country-Western inspired Star Wars movie is SO AWESOME!

I always say, one of my favorite things about Star Wars are the otherworldly locations in these movies. Rogue One’s mind-blowing real location that you could find here on Earth was Scarif. The Last Jedi‘s stunning locations were Ach-To, Crait, and Canto Bight. It was part of the reason why I enjoyed both movies so immensely. When you can look at a world and know that it’s a real place here on Earth it makes the movie not only that much more enjoyable but also it makes this galaxy believable, like it’s a real world somewhere out there.

Solo is continuing this tangible theme these Star Wars movies have been creating by showing planets with real topographies that aren’t concocted from a green screen. I love that. No one wants the extensive CGI worlds that the prequels gave us. LucasFilm took Star Wars back to its roots by having real props, sets, and aliens placed in real locations and that is really, really great.

The Millenium Falcon is clean?! It’s a miracle!!! This ship looks so different than it usually does that when I first saw it I thought it was a hallway in an Imperial facility, that’s how pristine it looks. This is undoubtedly one of the coolest things I have ever seen; a clean Millenium Falcon.