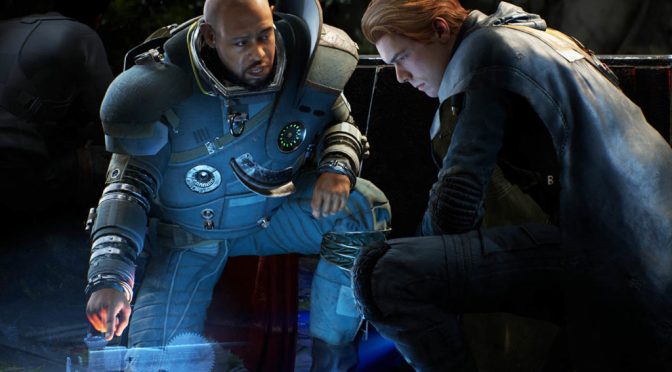 I’m a HUGE gamer. I’ve been one since I was a child. As a little girl, I would play Super Mario Bros, the fighting game Tatsunoko vs. Capcom, Super Smash Bros, and MarioKart until I dropped. I got older and graduated to the XBOX where I’ve played Mortal Kombat X, Destiny and Destiny 2, Call of Duty: Advanced Warfare, Rise of the Tomb Raider, Assassins: Creed, Overwatch, etc. And then there are the Star Wars games.

On my Nintendo Wii, I had Star Wars: The Force Unleashed and I LOVED it!

The Force Unleashed is set between Revenge of the Sith and A New Hope and follows the story of Darth Vader’s secret apprentice, a man named Galen Marek, who is the son of a Jedi Darth Vader killed. Galen, at first Darth Vader’s lead assassin who hunted down and killed rogue Jedi, turned against his master and tried to set on his own path.

It’s a really interesting story that is SUPER fun to play. Leia makes a surprise cameo which is fun. The game also had a two-player duel option where you can face off against a friend and fight with the iconic characters of the game such as Luke Skywalker, Anakin Skywalker, Obi-Wan, Darth Vader, etc. My sister and I would always play with Anakin and Obi-Wan Skywalker, hence recreating our own duel between them. 🙂

But after The Force Unleashed, I haven’t played any other Star Wars games except for the Lego Star Wars games and the MMO Star Wars: The Old Republic, making my excitement for Star Wars Jedi: Fallen Order that much more special for me.

END_OF_DOCUMENT_TOKEN_TO_BE_REPLACED 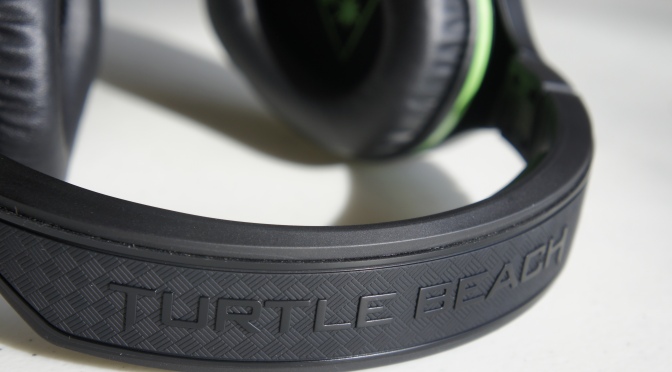 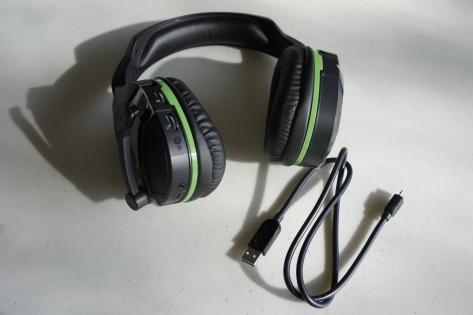 First, they’re very appealing. The black and green really make these headphones feel like they belong with the XBOX One. Secondly, they’re very, very comfortable. You’ll never have to worry about your ears getting overheated or the actual headphones begin to get uncomfortable. I mean, look at that padding.

These headphones could put you to sleep they’re so snug but what’s really the star of these beauties are two things.

END_OF_DOCUMENT_TOKEN_TO_BE_REPLACED It’s been a couple of months or so since Destiny 2 came out and I’m still losing my mind over how fun this game is. Destiny came out back in 2014 and at the time it was a pretty fun game but it still hadn’t topped the likes of Halo or Call of Duty yet. That didn’t stop the creative minds behind Bungie however. They kept bringing out expansions and expanding the world of Destiny. Now after three years Destiny 2 has become the game to play. Oh my goodness, it’s so much fun.

The gameplay has become smoother, the crucible has become more challenging, the classes new abilities are amazing, and the overall game is just prettier. 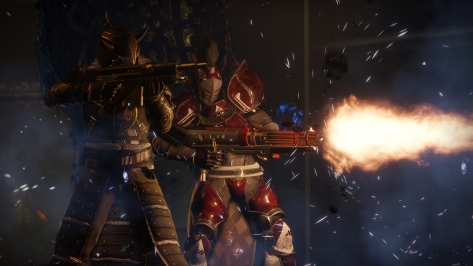 I have never played a game, besides Blizzard’s World of Warcraft, that has felt so interactive and so addictive. The companionship among the players is also remarkable. When you join a team in Destiny 2 there’s a real sense of comradery that I don’t really get from most games. END_OF_DOCUMENT_TOKEN_TO_BE_REPLACED 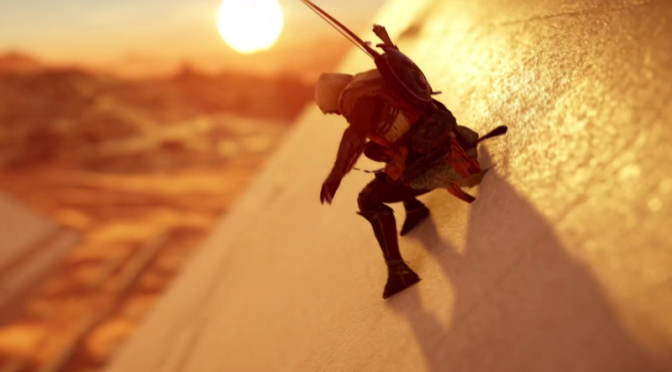 I was introduced to Assassin’s Creed way back in 2014 when I obtained an XBOX One for the first time. It was part of an amazing package deal that consisted of the XBOX console and two free games. Those games happened to be Assassin’s Creed. It was a great introduction to the console after playing the Wii for years. The versions of Assassin’s Creed they provided were Black Flag and Unity and I was amazed. I still play Black Flag to this day because of its huge world that I still haven’t explored completely, its fun story, and its amazing gameplay. And Assassin’s Creed Unity was breathtakingly beautiful with its realism. The character’s hair and skin texture were incredible. They almost looked real. And the buildings were magnificently detailed. It was set during the French Revolution and it really teleported me to that time and age in our planet’s vast history.

After Unity, however, Assassin’s Creed began to become…kind of boring to play. Assassin’s Creed Syndicate came out two years ago and I couldn’t finish it. Its combat was fun and yes there was a female character to play with but it just didn’t excite me. And then last year they decided to bring out an Assassin’s Creed movie of all things.

Now when I first heard about it I was a little excited. It’s already as if you’re playing a movie in each game so I figured it wouldn’t be as bad a flop as the MMO turned motion picture Warcraft was. Then I heard that the main character was going to be played by Michael Fassbender. I was shocked, and not in a good way. Were they really going to make the guy who played Steve Jobs an assassin? Really? It didn’t sound like good casting. And sure enough, the movie was terrible. I watched it with the hopes that maybe I would be able to enjoy it since I loved the game so much and yes I loved certain elements of the movie, like the action. It was however very, very confusing and by the end, I literally had a headache. Now it was better than Warcraft simply because Warcraft was if not the worst film I have ever seen, it was second to worst but it was pretty horrendous.

So after that obvious fail, I didn’t think Ubisoft would come out with a new game for the Assassin’s series for years. And then it was announced on Sunday that a new Assassin’s Creed would come out this fall in October and I was so excited. Check out this trailer.

Wasn’t that awesome?! One of the reasons I love Assassin’s Creed so much is because of the historic aspect of each game. Now they’re taking us to Ancient Egypt and I am ecstatic. I can’t wait to explore pyramids, face ancient monsters, and just marvel at the incredible beauty of the game. And this new assassin we get to play with is an African! How exciting is that?! I mean look at the picture for this trailer. Isn’t that beautiful?

So yes, I am very excited. Fall is going to be a great time for gamers because of all the amazing games coming out. And if you’re as excited as I am the exact date it’s coming out is October 22 and it’s already available for pre-order. If you do happen to pre-order you’ll get exclusive content which is always a great selling point.

Thank you for reading my post this fine Tuesday. I’ll be posting again, later on, today about the brand new Black Panther debut trailer. You definitely won’t want to miss it.

I love games. Years ago I had Nintendo’s console, the Wii, and I loved playing games such as MarioKart, Super Mario Bros. and many other fantastic Nintendo games. In 2014 I switched to the XBOX 1 and one of the very first games I got was Destiny. Destiny is made from the creators of Halo and the company who has created Call of Duty. After three years and four amazing expansions Destiny has become, to me, the best shooting game on any console. So on that note let me tell you why I think this it’s the best.

The Game Is Beautiful! 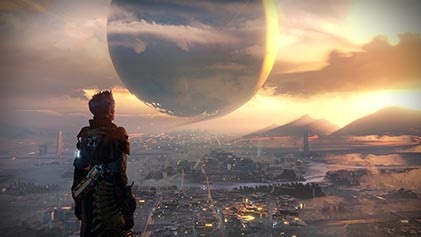 You see this picture. Usually games have pictures that look a lot prettier than the actual game. This is how Destiny really looks. I don’t know how many times I’ve walked around the world and just stopped to look at everything around me. And there are so many beautiful locations to explore that it’ll take a long time to discover every nook and cranny in the worlds. I’m literally still finding stuff. 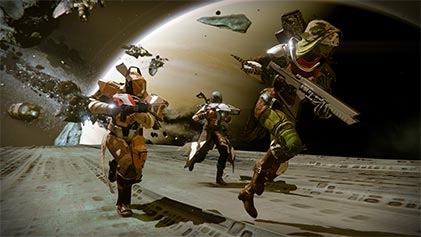 The Guardians are the characters you play in Destiny. There are three classes that you can use: the warlock, a titan, and a hunter. They each have three subclasses to learn and enjoy. My favorite class is the hunter and the subclass I like to use the most for the hunter is the Nightstalker. The Nightstalker is a hunter that relies on grenades and smoke bombs to face its enemies. There are also three types of species you can create to be your guardian. You can be a human, a colorful alien that is called an Awoken, and a robotic character called an Exo. You can create a male or female of each and there are various ways you can make your character look. This is another reason why I love Destiny. It’s such a customizable game. You can pick between a variety of beautiful gear and guns to make your guardian the coolest in Destiny. There are also dozens of shaders you can use to color your guardian’s clothing.

Not only is this game remarkably beautiful but after the first game and four expansions this game has a story that is very long and very fun. There dozens upon dozens of quests, small and large, and each gives you cool prizes. I’ve been playing for years and still have not finished all of the quests because some are very difficult to complete. 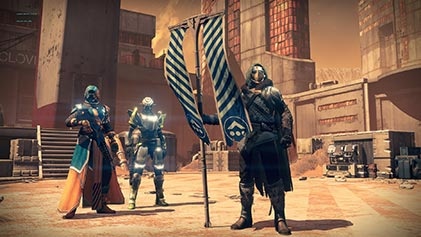 This is my favorite part of Destiny, the pvp. It’s called The Crucible and there are over a dozen different modes to play. The Crucible rewards gear, ships, speeder bikes that on Destiny are called Sparrows, guns, and shaders. The competitive multiplayer can hold up to twelve players with two teams of six. Some modes only allow six players with two teams of three. There’s one mode called Rumble where you are not on a team at all and have to fight five other players. There is also a weekly tournament that players can play to show their pvp skills. All in all The Crucible is very, very fun.

Another mode that makes Destiny so fun are the dungeons and raids. You play the dungeons with two other players and you go through an area filled with groups of enemies and at the end of every dungeon you have to fight a very tough boss. These dungeons are not easy and sometimes can take over an hour to finish. The raids are even more complicated. To do a raid you have to create a group of six people. Once in the cooperative six-player mode you’ll have to face hordes of enemies, challenging puzzles, and brutal bosses. If you manage to finish a raid you will be rewarded with the finest prizes Destiny has to offer. I love the fact that after all of these years there are now so many different dungeons and raids to play. And the amazing thing is they’re still very difficult.

So this is Destiny. If you haven’t played it yet I urge you to try it. You will not be dissapointed. This game is playable on the XBOX 360, XBOX 1, and Playstation 4. To be able to play the Crucible, dungeons and raids you will need to have XBOX gold. If you have poor internet connection Destiny might be a little difficult to play because you’re constantly online. Destiny’s servers sometimes crash when a lot of people are on but other than that the game is nearly perfect. I hope you enjoyed this post and if you end up getting Destiny I hope you enjoy it just as much as I do.

These pictures were found on Destiny’s official site. If you would like to know a little more details about this game go to Destiny’s site. There are tons of things to look at that’ll give you a better insight into the game.