I’ve just recently entered the mind-bending world of The Matrix but when I watched it I understood why the franchise was so beloved because honestly, it was amazing. A very unique story that took sci-fi to the next level. I’ll have to watch it again, in fact.

So, anyway, eighteen years after the last Matrix movie Neo is back and well, the trailer was actually kind of awesome. Check it out.

I’ve got to admit, this trailer covered me in goosebumps. The cinematography makes this film look like John Wick meets The Matrix and the action looks amazing.

Do I think the story is going to be good? Honestly, I’m not quite sure. It feels very reminiscent of other long-awaited sequels that strike you in the face with nostalgia by returning to old moments from the original film rather than pushing the boundaries of something new.

Despite this, I most definitely will be seeing it this Christmas season either in theaters or on HBO Max.

After months of clamoring for the Spider-Man: No Way Home trailer it is finally here. I have some thoughts but first, here it is.

I’m first going to start with the obvious positives.

A) Doctor Strange is back, has turned the lobby of the Sanctum Sanctorum into Antarctica (lol), and now the multiverse has been opened thanks to Peter not being able to stop talking. That’s totally on brand for Peter’s character and is definitely hilarious.

B) We’re totally about to get the Sinister Six and I am here for it.

Okay, those are the pros. Here come the cons…

END_OF_DOCUMENT_TOKEN_TO_BE_REPLACED 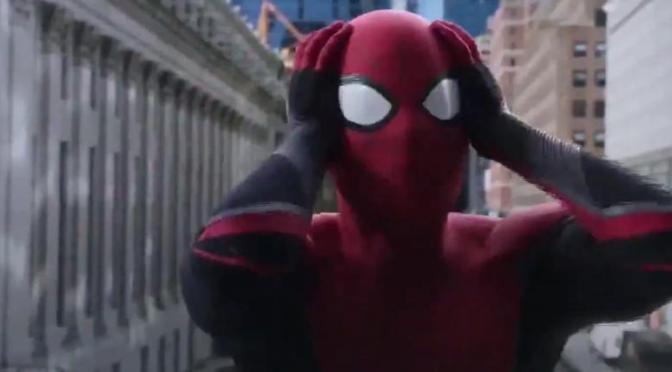 It happened. After Sony and Marvel Studios withheld the highly-anticipated trailer for Spider-Man: No Way Home for too long it finally leaked online and it is everywhere. Marvel Studios tried to take it down before people could get their hands on it but unfortunately, that didn’t work.

I can literally say, fuzzy though it was, that I’ve seen the teaser trailer and yeah, it looked pretty cool. I won’t go into details about what I managed to see but it’s definitely exciting nonetheless.

Of course, the internet is already running rampant with fans either still awaiting the trailer or, having seen it, laughing at the implications for the leakers once Sony and Kevin Feige gets a hold of them. It’s honestly a shame because no one wanted this to happen. We all wanted to see it the right way but it’s taken too long and now the “surprise” has been ruined.

I’m expecting the trailer to drop tomorrow considering that there’s word that the trailer will drop tonight at CinemaCon and then will drop publicly tomorrow. If this doesn’t happen it’ll get kind of ridiculous because literally, the trailer is out there for the world to see so they might as well stop playing games.

Have you seen the trailer? If not, are you excited to see the trailer? Feel free to share your thoughts in the comments below.

Well, the final trailer for Eternals has arrived and well, it’s amazing. I’m talking literally incredible. The teaser was just that, a tease, but this final trailer answers our most burning questions while introducing us to characters and beings that are literally out of this world. Check it out.

Wow, after having seen this trailer four times I can honestly say it is one of the best, most visually striking Marvel trailers that I’ve ever seen. It still leaves so much to the imagination and yet it perfectly illustrates just how incredible this movie can and probably will be.

These are aliens that look like us but are far more powerful. But it is their love for humanity that drives them to want to live among us and protect us when the time comes. Chloe Zhao understands how to make you care about characters you’ve just met and I already know, judging from this trailer, that I’m going to like these characters a lot.

I already said that the official trailer needed to be better than the teaser and well, Marvel delivered…again! Wow, wow, wow.

It’s getting closer. Dune‘s time is almost upon us and I know for a fact it’s going to be one of the biggest events of the year. The official trailer dropped today and here’s a note; if you’d rather stay in the dark about the story then I really would refrain from watching this trailer because it shows a lot. But nevertheless, here’s the official trailer for Dune.

Epic. That’s all I can think when I see this trailer. It’s going to be an epic experience in IMAX. One that will remain in my heart for years to come.

I’m glad I watched the old Dune movie from 1984 because I can actually look at this and see things that I recognize which is really exciting, to be honest. This looks like a faithful reboot of a story that deserves to be seen on the big screen these days.

The hype is real.

Disney and Marvel Studios have certainly provided a Thursday surprise with trailers for both Encanto, a Disney movie with songs by Lin-Manuel Miranda, and the long-awaited trailer for What If…? which is actually quite exciting looking. Here’s the trailer for Encanto.

In just one minute and thirty seconds, this teaser trailer is everything I hoped and thought In The Heights was going to be. It’s vibrant, the music covers me in chills, the characters are so beautiful and unique, and it looks like another Disney win that I will definitely be seeing in theaters this fall.